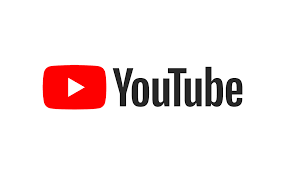 A fire has broken out at the iconic Notre Dame Cathedral today, and, as you’d expect, many news networks are offering live coverage of the breaking situation. What’s a little more unusual is that YouTube seemed to temporarily mix up the unfortunate burning of a historic cathedral with the 9/11 New York City terror attacks.

Underneath live streams from CBS and others, viewers saw an explainer for the September 11th, 2001, attacks. These two things are completely unrelated, and there has been no indication that the Notre Dame fire is a result of terrorism or even criminal arson.

The 9/11 context was briefly visible below live streams from CBS News NBC News, and France 24 on Monday afternoon before being removed. Coverage of the fire from ABC News, Fox News, and others did not display it.

The small paragraph of history regarding 9/11 is part of YouTube’s fact-checking effort to prevent the spread of misinformation and conspiracy theories on the platform. These information cues show details from Wikipedia and other sources like Encyclopedia Britannica for events are rife for conspiracies. But it’s odd that the company’s algorithm would link today’s fire to September 11th. “These panels are triggered algorithmically and our systems sometimes make the wrong call,” a YouTube spokesperson said. “We are disabling these panels for live streams related to the fire.”

YouTube correctly and quickly identified the Notre Dame fire as a breaking news event, surfacing trusted news outlets near the top of search results. So that part of the algorithm worked as intended.