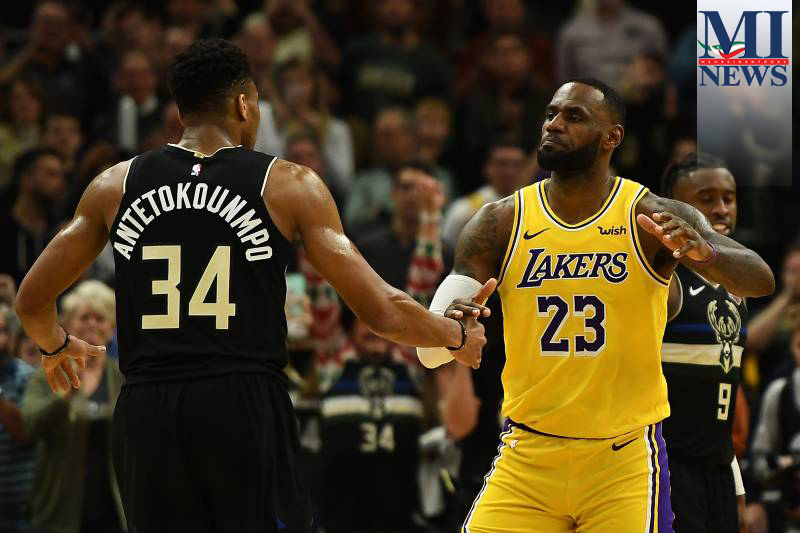 Two words, two initials, but a lot to chew on out of the mouth of Milwaukee Bucks All-Star Giannis Antetokounmpo to Mackenzie Salmon of Sports Pulse when asked whether he has envisioned playing on the same team with his two brothers.

The Bucks wisely took a step toward that goal, adding his older sibling, Thanasis Antetokounmpo, in July to a fully guaranteed two-year, $3.1 million minimum contract. The 27-year-old forward may be a fringe player on the team, but the Bucks are focused on the big picture.

Giannis is only under contract through 2020-21, and keeping him in Milwaukee is the top priority.

Meanwhile, the Los Angeles Lakers have always been about superstars. Could the Lakers find the means to pay all three should Antetokounmpo leave Milwaukee after next season?

The short answer is, “Yes, but not at full price.” Someone has to take a discount, and that burden may fall to LeBron James.

Whether they can sell James on that idea or not, the Lakers appear to be preparing for the opportunity to try to steal Antetokounmpo away in free agency. Their first salvo was in July, claiming Kostas Antetokounmpo off waivers from the Dallas Mavericks. The 22-year-old prospect is on a two-way contract, spending most of the year in the G League with the South Bay Lakers, but he may be the most important player on the big club’s roster outside of LeBron James and Anthony Davis.

While Kostas’ contract runs out after this season, the Lakers can make him a restricted free agent. He may be the team’s highest priority after Davis, who is expected to opt out of the final year of his deal and re-sign with the franchise.

The Lakers won’t know whether Giannis will leave Milwaukee, but they’re not the only team looking to try. The New York Knicks, Miami Heat, Toronto Raptors and others appear to be protecting their cap room for the 2021 “Summer of Giannis.”

Some around the league believe the Golden State Warriors acquired a first-round pick from the Minnesota Timberwolves, along with Andrew Wiggins, with the notion of a potential future trade with the Bucks.

He can only choose one destination, but hope is a powerful force. The Lakers spent several years hoping to sign top free agents as they tried to pick up the pieces after Kobe Bryant tore his Achilles in 2013. That hope eventually paid off in 2018 when James arrived, followed by Davis via trade in 2019.

The NBA recently reduced its salary-cap projection for the 2020-21 season to $115 million, down from its prior estimate of $116 million. But the league has yet to alter its 2021-22 number of $125 million. Using that figure, along with the assumption that Davis re-signs with the Lakers this summer, L.A. would fall about $6.7 million short of the max for Antetokounmpo.

That’s assuming James opts into the final year of his contract at $41 million and that the Lakers have waived, renounced or traded every other soul (including future draft picks) off their roster except a re-signed Kostas, earning roughly $2 million.

Would the Lakers go that far? They already have. There’s a reason why the only locked-in salary on the team’s books in 2021-22 is the final $5 million installment owed to Luol Deng.

To give the Lakers an assist in landing Antetokounmpo, James can opt out of his $41 million salary after the 2020-21 season, re-signing at a lower figure. He would be eligible for a raise, starting at roughly $43.8 million, but if he’s willing to do about $34.3 million, the math would work to pay for James, Davis and the younger two Antetokounmpo brothers.

It wouldn’t be the first time James accepted a smaller contract to help build a superteam (even if he disagreed with that characterization). He did so in 2010 with the Miami Heat, joining Dwyane Wade and Chris Bosh. James took roughly $15 million below his eligible maximum over six years on a $110.1 million contract. His co-stars took a similar discount.

The Lakers would be dependent on James’ willingness to sacrifice financially. He may have no interest, but if he took it to the extreme, he could re-sign with the team on a minimum contract at just under $3 million—over $40 million below his max salary—to give the Lakers almost $70 million in cap space. That money could be used to max Antetokounmpo and either retain existing players or add yet another star with about $33 million left to spend. 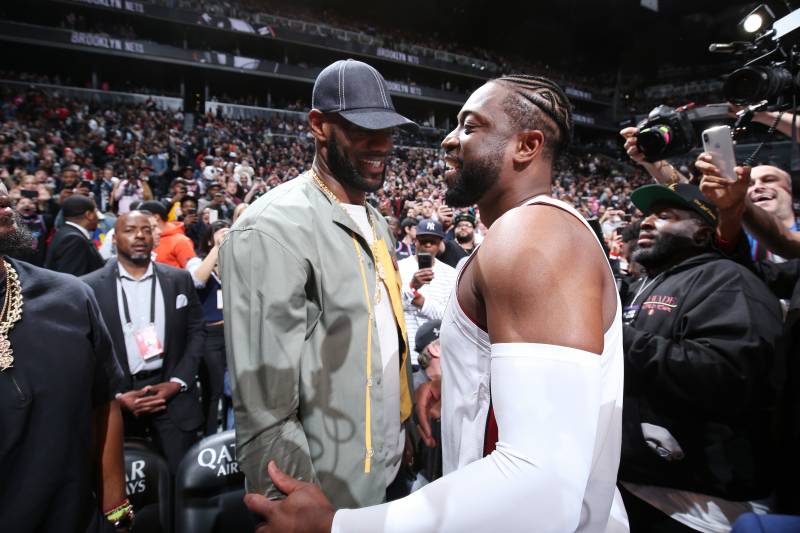 There is precedent for LeBron James taking a pay cut to play with another superstar, as he did with Dwyane Wade and Chris Bosh in Miami.Nathaniel S. Butler/Getty Images

In all likelihood, that’s far too much to ask of James. The same possibility existed many years ago for Bryant, but he wasn’t open to considering a minimum deal, even if for just one year. But asking James to take a relatively small pay cut if the Lakers can land a player like Antetokounmpo seems plausible.

James is under no obligation to accept anything less than market value. His presence generates tremendous revenue for the Lakers, the NBA and the city of Los Angeles.

But if he was feeling especially generous and thinking about building a tremendous legacy through the latter years of his career, one year on a lower contract would be a boon for the Lakers. The team would be able to back up to the maximum for 2022-23, which could start in the $45 million range.

James, off a minimum contract with full rights, would only take up roughly $2 million of the Lakers’ cap space in 2022. That would open up another set of possibilities for free agency, even with both Davis and Antetokounmpo in the fold.

That’s looking a bit too far ahead. The Lakers have to first focus on winning a title this season, followed by Davis’ free agency. The Bucks will be doing everything within their power to give their star every reason to stay.

If Antetokounmpo does leave, there’s no reason yet to believe he’d pick Los Angeles as his next destination. But his recent, off-the-cuff comment might give the Lakers additional hope. They’ll just need to also make room for Thanasis on the roster as well.

NBA to invest millions of dollars in new African league