Home News Will Iranian Moderates’ Attempt To Deal With Biden On Nuclear Agreement Be... 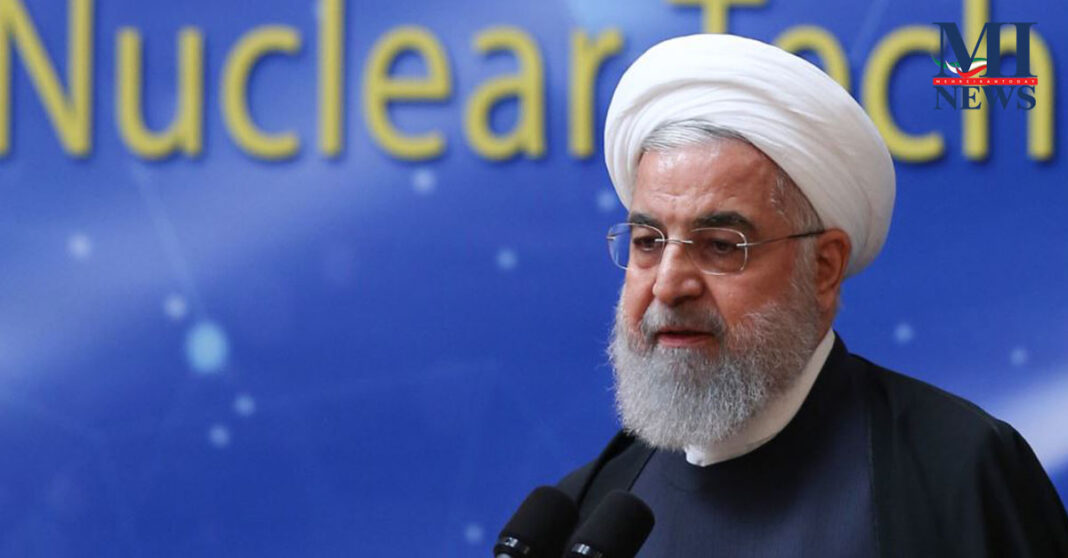 New Iranian legislation requiring officials to boost uranium enrichment within the country’s controversial nuclear program is seen as an attempt to hurt moderates and sabotage President Hassan Rohani’s efforts to deal with the incoming U.S. administration.

The law — which was passed by parliament on December 1 and quickly ratified by the powerful Guardians Council — comes amid an intense power struggle after the November 27 assassination of Iran’s top nuclear scientist, Mohsen Fakhrizadeh, which Tehran has blamed on Israel.

Rohani has opposed the bill, saying it is detrimental to diplomatic efforts. His aides said the country’s Supreme National Security Council is in charge of the nuclear dossier, not parliament.

“Let those who have experience, those who have been successful in diplomacy, deal with these issues,” Rohani said at a cabinet meeting on December 3. “Don’t be sad if the government resolves this issue and finishes it,” he added.

Rohani chief of staff Mahmud Vaezi said the legislation is aimed at preventing the government from reaching a breakthrough on the problems plaguing the landmark nuclear deal Iran signed with world powers in 2015, which was severely weakened after Washington withdrew from the agreement in 2018.

“They constantly attack [us] so that they can win the June [2021 presidential] vote,” he said on December 4.

Just hours after Fakhrizadeh’s assassination near the capital, Tehran, hard-liners staged protests at which they blasted the government’s diplomatic outreach and called on Iran to leave the 2015 deal, which Rohani’s team negotiated with Barack Obama’s administration. Some even blamed Rohani for Fakhrizadeh’s killing, saying he had allowed the UN nuclear agency to interview the scientist, a claim denied by the government.

A few days after he was killed, the conservative-dominated parliament approved the controversial bill that also requires the government to halt UN inspections of Iran’s nuclear sites by early February 2021 if harsh U.S. sanctions are not lifted, giving Rohani only days to reach a deal with Biden’s incoming U.S. administration, which takes office on January 20, 2021.

The legislation directs the government to enrich uranium to 20 percent immediately and says government officials who refuse to implement the required steps in the law could face punishment.

Iranian analyst Reza Alijani says Fakhrizadeh’s killing has provided Rohani’s opponents with a “golden opportunity” to sideline Rohani, who is believed to have ambitions of becoming the successor of Supreme Leader Ayatollah Ali Khamenei, who is 81 years old.

Hard-liners who took control of parliament in February amid a mass disqualification of candidates and the country’s lowest-ever turnout, now have their eyes set on the presidency.

“It is part of [the hard-liners’] attempt to conquer [the presidency] and more importantly to pave the way for the next [supreme] leader,” Alijani told RFE/RL’s Radio Farda in an interview from Paris.

Rohani did not say if or when the controversial legislation will be enforced amid speculation that he’s likely to attempt to delay it, including by reaching out to the country’s top security body.

In Tehran, political analyst Saheb Sadeghi said the parliament’s move has three goals: to give the parliament a say in the country’s nuclear policy; prevent diplomacy between Rohani and Biden — who has pledged to rejoin the nuclear deal if Tehran returns to strict compliance; and allow hard-liners to take credit for a potential agreement with Biden.

“The long-term goal is to return to the nuclear deal [without any sanctions from the United States] during the presidency of the conservatives,” Sadeghi said on Twitter.

Parliament speaker Mohamamd Baqer Qalibaf, a former Islamic Revolutionary Guards Corps (IRGC) commander who stood against Rohani for the presidency in 2012 and 2016 and who is tipped to run again in June, said the strict new law sends the message to Iran’s enemies that the “one-way game is over.” He added that it would result in the lifting of U.S. sanctions that have crippled the economy.

Experts warn that the legislation, which could potentially reduce the time Iran needs to produce a nuclear weapon, complicates diplomacy for the upcoming White House.

“Enriching to near 20 percent would accelerate the crisis because by that stage, nine-tenths of the enrichment work required to reach weapons grade [is done]. And while there is a civilian use, Iran has no rational need to produce 20 percent-enriched uranium for any reason other than to try to gain negotiation leverage,” former U.S. diplomat Mark Fitzpatrick told RFE/RL.

“Moving to 20 percent enrichment or, even worse, suspending inspections as called for in the bill, would make diplomacy much harder for the incoming Biden administration. Biden is already under pressure to extract additional concessions [from Tehran] before returning to the [nuclear deal known officially as the Joint Comprehensive Plan of Action, or] JCPOA,” said Fitzpatrick, an associate fellow at the International Institute for Strategic Studies.

Fitzpatrick added that “If Iran takes provocative steps, the political will in Washington to compromise will evaporate. But if Iran is patient, there is a decent prospect for both sides returning to the nuclear deal simultaneously, then working on other matters of concern.”

In an interview with The New York Times published this week, Biden confirms that he intends to return to the 2015 nuclear deal before addressing other areas of concern that Washington has with Tehran.

Iranian Foreign Minister Mohammad Javad Zarif said that although the new legislation will be implemented soon, the steps can be reversed.

“We will implement it because it [will be] the law of the land…[but] it is not irreversible,” Zarif told the Rome MED 2020 conference.

In an interview published on November 29, Zarif said hard-liners were attempting to derail Rohani’s foreign-policy efforts by reaching out directly to Biden’s team.

At Least 9 US Family Members Killed in Mexico Ambush