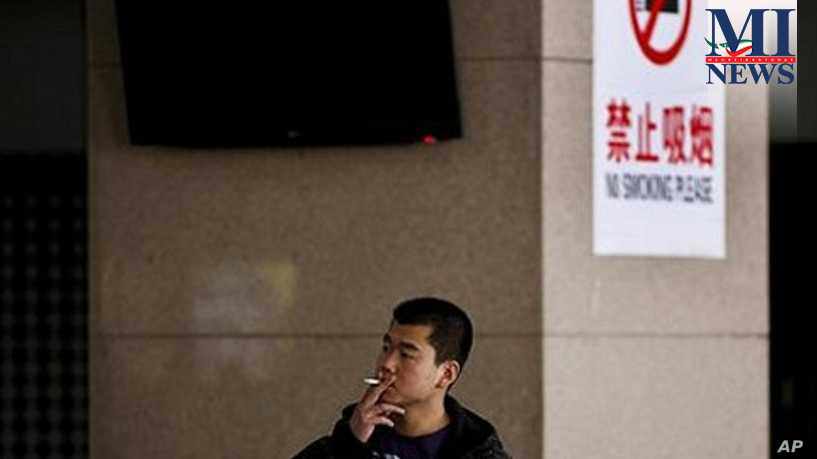 The World Health Organization projects that, for the first time, the number of men smoking around the world is dropping, indicating measures to end the global tobacco epidemic are paying off.

WHO officials called it a major shift in the fight against tobacco, which every year kills more than eight million people prematurely.

Data from 143 countries shows that tobacco use among men has stopped growing, following a steady rise in the use of this deadly product during the past two decades.

During this period, WHO reports 60 million of the world’s nearly 1.4 billion smokers have quit the habit.  Most of those reductions were driven by women, as male use of tobacco over the same period rose by around 40 million.

“But now we are seeing for the first time a decline in use, with WHO projecting that there will be at least 2 million fewer males using tobacco in 2020 and 5 million less by 2025,” said Ruediger Krech, WHO’s director of health promotion. “Fewer males using tobacco products means fewer people will suffer the avoidable pain and death that they cause.”

Krech says the decline in tobacco use shows tobacco control measures work.  He says steps such as taxation, banning advertising and marketing as well as smoking in public places, and plain packaging of tobacco products discourage people from smoking.

The report also found that approximately 43 million children aged 13 to 15 smoke, with boys using tobacco at twice the rate as girls.  It said Southeast Asia has the highest rates of tobacco use, while sub-Saharan Africa has the lowest.

WHO said most gains in reducing tobacco use have been in low- and middle-income countries.   While the Americas is the world’s best performing region in terms of reduction of tobacco consumption, Europe has the slowest pace of decline.

Staten Island dog, first to test positive for COVID-19 in US,...