Home Politics Which states have the most electoral votes? 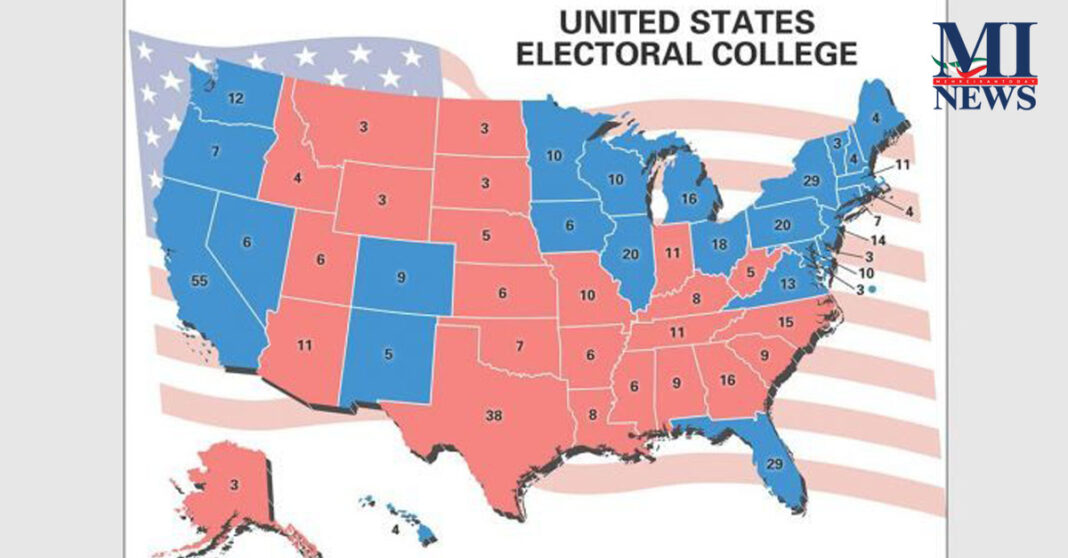 The Electoral College is the formal process in which the president of the United States is elected.

There are 538 electors in total, with each state getting a certain amount of electors as it has representatives in Congress. Every state has two votes per senator and one vote for each of the state’s congressional districts.

A candidate must win at least 270 electoral votes — a majority — in order to be elected president.

Here are a list of states with the most electoral votes:

1. California has the most electoral votes with 55.

3. New York and Florida each have 29 electoral votes.

4. Illinois and Pennsylvania each have 20 electoral votes.

Meanwhile, these states have the least electoral votes in the country:

3. Nebraska, New Mexico, and West Virginia each have five votes.

5. Connecticut, Oklahoma and Oregon each have seven votes.

Trump to Hold Press Conference as He Seeks to Calm Virus...

Trump tweets attack on impeachment witness during her hearing. She called...

Iran Security Chief Says A Majority Of Those Killed During Unrest...