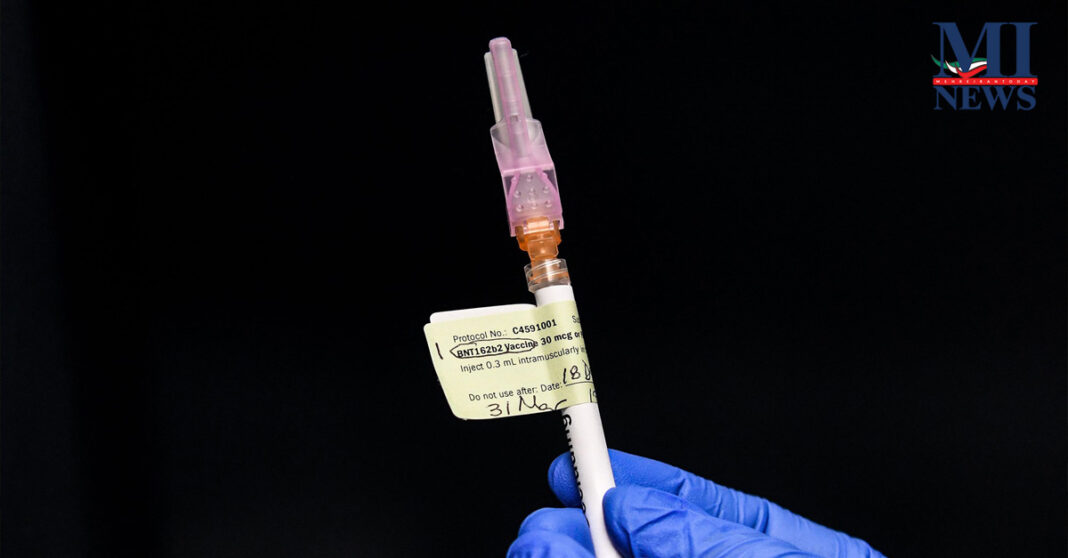 When a hospital chain in South Florida announced this month that it had 12,000 open appointments for Covid-19 vaccinations, Anari Patel jumped at the chance. With a doctor’s note in hand to confirm she was in a high-risk group, she spent three hours navigating an online scheduling website.

It worked, and she got an appointment for Feb. 19. “It was like winning the jackpot,” she said.

But the prize evaporated days later. Patel said she got a text message this week from the hospital chain, Baptist Health South Florida, saying it didn’t have enough supply. It canceled not only her appointment, but also all appointments for first-time shots starting Wednesday.

The U.S. vaccine rollout hasn’t been perfect, but states and cities have worked to ramp up distribution and make sure vaccines don’t expire. Now, they’re worried the distribution could get ahead of the supply. Some health care providers and cities say they are running out of doses within a few days of getting their weekly allocation, a change from a couple weeks ago when local vaccinators had trouble keeping up with the supplies they were getting.

Covid-19 vaccines were always going to be in short supply after receiving U.S. approval for emergency use only last month, but patients, hospitals and local officials say even the meager allocation has been unpredictable.

San Francisco said this week that the supply its city health department received Tuesday could be gone by the end of Thursday, while New York City warned that its weekly supply also may not last into the weekend.

“This country’s powerful. I don’t know why we’re like this,” said Patel, 45, who has diabetes, a high-risk condition. She said she knows there’s a nationwide shortage of doses, but based on the number of appointments available, “We thought they had the numbers.”

Baptist Health South Florida did not respond to questions about what happened to its supply, and it did not give patients much notice of the cancellations, informing them Tuesday that all appointments for Wednesday or later were void.

“Due to COVID-19 vaccine supply constraints, we must suspend all first-dose vaccinations for the community,” the health system said in a statement posted to Facebook.

“Any appointments booked for January 20 and all later dates are now canceled, and we are not taking any new appointments,” it said. Second-dose appointments were not affected, it said.

Although the inauguration Wednesday of President Joe Biden promised an impending shake-up in federal coordination of the vaccine rollout, states and cities likely won’t be able to count on an immediate increase in supply. The number of vaccine doses being shipped has remained relatively flat since late December.

Vaccine-makers Moderna and Pfizer-BioNTech are scheduled to ship about 8.6 million doses next week, split evenly between those set aside for first shots and second shots, according to the U.S. Department of Health and Human Services.

Beyond next week, states haven’t been given a good sense of what to expect, said Dr. Marcus Plescia, chief medical officer for the Association of State and Territorial Health Officials.

“They haven’t been given any kind of forecast. They are all a little bit in the dark about that,” he said. State and territorial officials are seeking answers as to whether federal officials have been drawing down as much supply as they can, he added.

New Jersey’s Bergen County, the state’s most populous county, is expected to run out of the vaccine doses Saturday, despite a shipment of 2,000 doses this week, NBC New York reported.

In San Francisco, Dr. Grant Colfax, the city’s health director, said the city’s allocation of doses has been up and down, with 12,000 doses last week but only 1,775 doses this week.

“This unreliable source makes it very hard to plan, and it’s one of the key reasons we’re scheduled to run out of vaccine,” he said, warning that could happen Thursday.

Part of the supply disruption has been a pause on using a batch of Moderna-made vaccine doses after some people who received them were treated for possible allergic reactions, Colfax said. The pause has since been lifted, giving a temporary boost to the state’s supply.

The city is scheduled to open three new mass vaccination sites in the coming days, despite the unsteady supply. Mayor London Breed said in a briefing that those plans were continuing because the sites will also have supply from private health care providers, who get an allocation from California that’s separate from the city health department’s allocation.

“While we are making progress, we simply need more vaccines,” she said.

New York City Mayor Bill de Blasio said Tuesday that the city was getting 53,000 doses in its resupply this week, which combined with unused doses from last week would be enough to last into either Thursday or Friday.

“We will have literally nothing left to give,” he said at a briefing, warning that appointments for vaccinations may be canceled as a result.