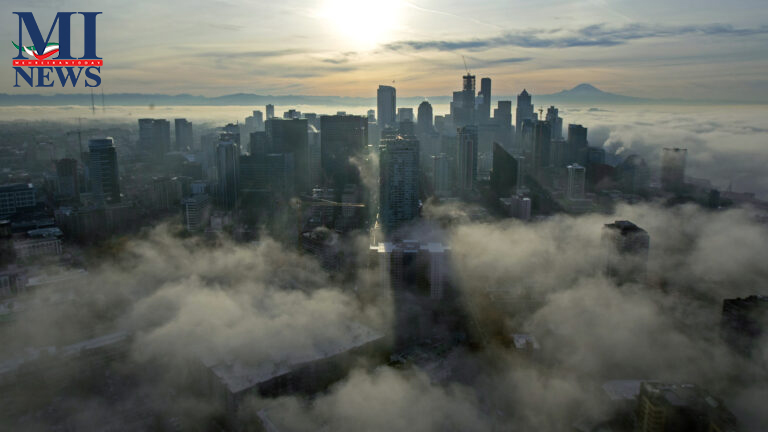 The coronavirus outbreak in the Seattle area is at a critical juncture and could see explosive growth in cases much like Wuhan, China, if public officials don’t take immediate, forceful measures, according to a new analysis of genetic data.

The author of the analysis, a computational biologist named Trevor Bedford, said there are likely already at least 500 to 600 cases of Covid-19 in the greater Seattle area. He urged health authorities and the public to immediately begin adopting non-pharmaceutical interventions — imposing “social distancing” measures, telling the sick to isolate themselves, and limiting attendance at large gatherings.

“Now would be the time to act,” Bedford, who is at the Fred Hutchinson Cancer Research Center in Seattle, told STAT.

The genetic sequences of patients in the Seattle-King County region suggest the virus has been circulating there since about mid-January, when the first U.S. patient — a man who returned from Wuhan — was diagnosed, Bedford wrote in the analysis, published online.

The spread of the virus has gone undetected in part because many infected people experience only mild infections that could be confused for a cold or the flu, and in part because of stumbles in the Centers for Disease Control and Prevention’s effort to develop test kits for state and local public health laboratories, which has meant very little testing has been done in the country until the past few days.

On Capitol Hill, Washington Sen. Patty Murray (D) expressed deep frustration with the situation.“The failure to develop and distribute working test kits to public health agencies has really cost us valuable time. I am hearing from people personally across our state who are frustrated,” Murray said.

“They believe they have been exposed, they are sick, they want to get tested, they have nowhere to go,” she added. “People want to be safe and protected, they do not want to spread this, they want to take care of themselves but we don’t have the capability right now to do it with the policies we have in place.”

Bedford said Seattle faces a stark choice — take aggressive actions to slow down the spread of the new coronavirus now or face the type of outbreak that engulfed Wuhan’s health facilities and led to a lockdown of the city that remains in place six weeks later.

Seattle is effectively in the position that Wuhan was on Jan. 1, when it first recognized it had an outbreak of a new virus, but did not realize the scale of the problem or the speed at which the virus was spreading, Bedford said.

Three weeks later, on Jan. 21, China imposed the most draconian quarantine measures ever deployed in modern times, both in that city and in others to which the virus had spread but where transmission was only just beginning.

“January 1 in Wuhan was March 1 in Seattle,” Bedford told STAT. “Now would be the time to start these interventions rather than waiting three weeks.”

“I think it’s unequivocal that there is widespread community transmission in Seattle and they have to take decisive action now,” said Scarpino, who uses mathematical and computational models of infectious diseases transmission to inform public health policy.

Washington State health authorities announced late Friday that they have found a case of Covid-19 in a teenager from Snohomish County, north of Seattle. The teen had not traveled outside the country and had no known contact with a confirmed Covid-19 patient, meaning this was likely a case of community transmission of the virus. This was the first such case for Washington State and one of the first four or five detected in the country.

The case was actually found by the Seattle Flu Study. Bedford, a co-investigator, normally works on influenza but has been one of the key players trying to assess what is happening with the new virus by studying genetic sequences from around the world.

Analysis of the genetic sequence of the virus from the teenager showed it was so closely related to that of Washington State’s first case that Bedford believes the teen was infected as part of a chain of transmission that started with the first case. That would mean the virus has been circulating in the northern part of the state for about six weeks.

The pattern seen in other locations that are fighting the new virus is that it takes a while for enough people to be infected for severe cases to start showing up in hospitals for care. The Seattle area is soon going to be there, Bedford said.

“So we’re going to expect a large uptick in just the number of people presenting to hospitals,” he said.

As of Tuesday, the state was reporting 27 cases and nine deaths. That is up from 18 cases and six deaths on Monday.

The stringent actions China took drove down new infections in Hubei province — where Wuhan is located — to low levels, though transmission continues there. Other cities in the country that started to see cases were able, with the same measures, to avoid the explosive transmission Wuhan had experienced. Flattening the epidemic curve, as that phenomenon is called, helps health care systems continue to function. An eruption of cases overtaxes hospitals, leading to deaths that otherwise could have been avoided.

“China saw not much of an epidemic outside of Hubei because they acted early,” Bedford said.

Some question Bedford’s analysis. Nancy Messonnier, director of the CDC’s National Center for Immunization and Respiratory Diseases, said it is possible that another traveler who came from Wuhan later started the chain that infected the Snohomish County teen.

While Scarpino agreed that is a possibility, he insisted that from a public health point of view, it makes little difference.

The window of opportunity “may be already shut. But we have to assume we’ve got some time left,” Scarpino said. “But that means, like yesterday, we have to start seriously testing, putting infection control policies in place, ensuring we have plans for what we’re going to do with homeless or marginalized populations.”

Scarpino urged hospitals in the Seattle area to assume anyone coming in with acute respiratory infections is infected with Covid-19 and isolate them to protect other patients and health workers.