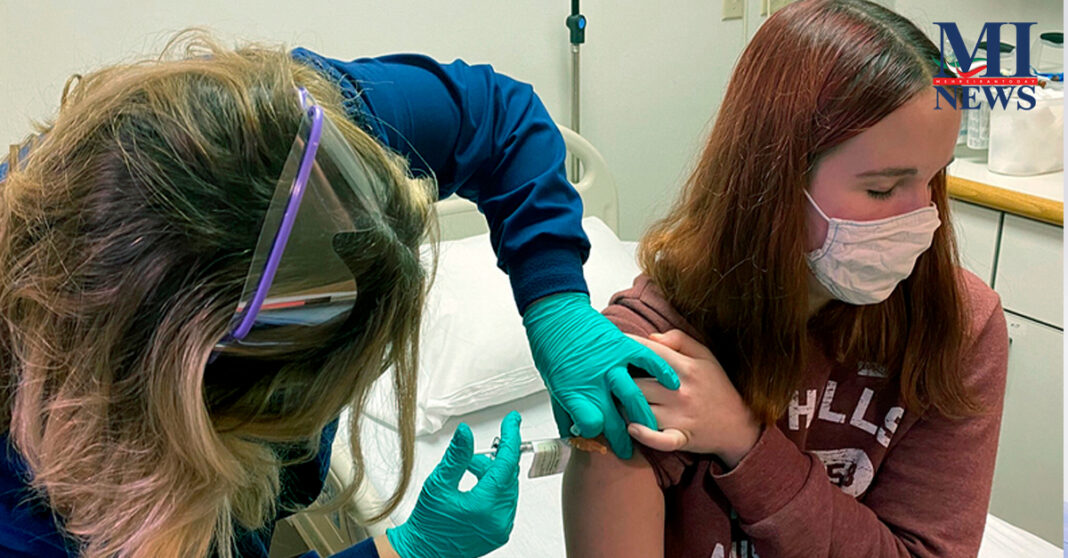 Daily Covid-19 cases in the US reached a record high on Thursday, with experts warning that death rates could triple by mid-January.

There were 88,521 new cases of the coronavirus reported in the US on October 29, according to data from Johns Hopkins University — 9,540 more cases than Wednesday.

“This is the hardest point in this pandemic right now — the next two months,” Dr. Scott Gottlieb, former commissioner of the US Food and Drug Administration, said during an interview on CNBC’s “Squawk Box” Thursday. “We can’t give up our guard right now.”

The Institute for Health Metrics and Evaluation at the University of Washington School of Medicine says it is most likely that by the middle of January, 2,250 Americans will be dying every day from the coronavirus — three times more than the current rate.

And it could get much worse.

“If states do not react to rising numbers by re-imposing mandates, cumulative deaths could reach 514,000 by the same date,” the IHME said in its latest forecast.

“The fall/winter surge should lead to a daily death toll that is approximately three times higher than now by mid-January. Hospital systems, particularly ICUs, are expected to be under extreme stress in December and January in 18 states.”

And hospitals are already under increased strain. As of Thursday, more than 46,000 people were hospitalized, according to the Covid Tracking Project, with all but 11 states seeing a rise in hospitalizations this week. 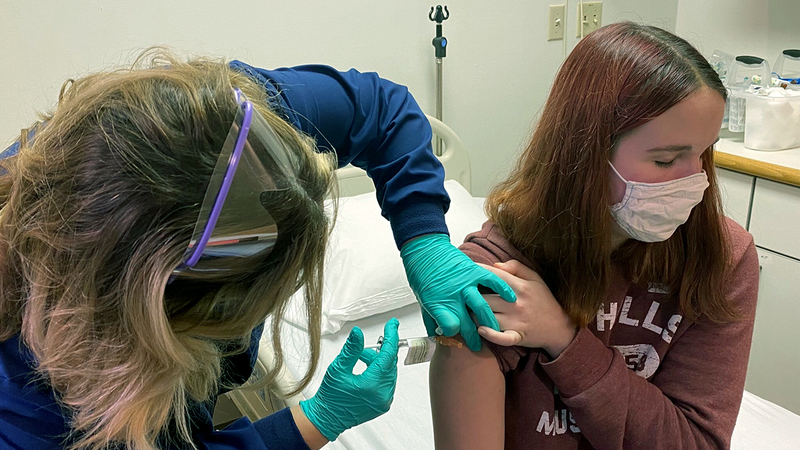 Pfizer last week received permission to test its vaccine in U.S. kids as young as 12, and the first test injections in adolescents have begun.

Forty-three states have shown an increase in cases compared to last week, with five holding steady and two — Oklahoma and Louisiana — reporting a decline, according to JHU.

New Mexico reported 1,082 new coronavirus cases Thursday — a record — and a top health care executive there sounded the alarm about the direction of Covid-19 spread in his state.

“We are at an unsustainable growth rate,” said Dr. Jason Mitchell Thursday. Mitchell is the chief medical officer at Presbyterian Healthcare Services, which operates nine regional hospitals in New Mexico.

Mitchell says the state’s rate of case growth is averaging about 5% a day, which would result in catastrophic numbers if there’s no effort to change the trend. “By December, we would have so many cases that we would be in MASH tents,” Mitchell said during a state health briefing.

The state of Illinois also reported a daily high of new Covid-19 cases for the second time in a week with 6,363 new cases Thursday.

The total number of Covid-19 cases statewide now stands at 395,458, according to the Illinois Department of Public Health. Gov. J.B. Pritzker and IDPH announced that Region 3 would go into Covid-19 mitigation measures.

Nine of the state’s 11 regions will now be under resurgence mitigation measures due to the high average positivity rates of Covid-19 cases. 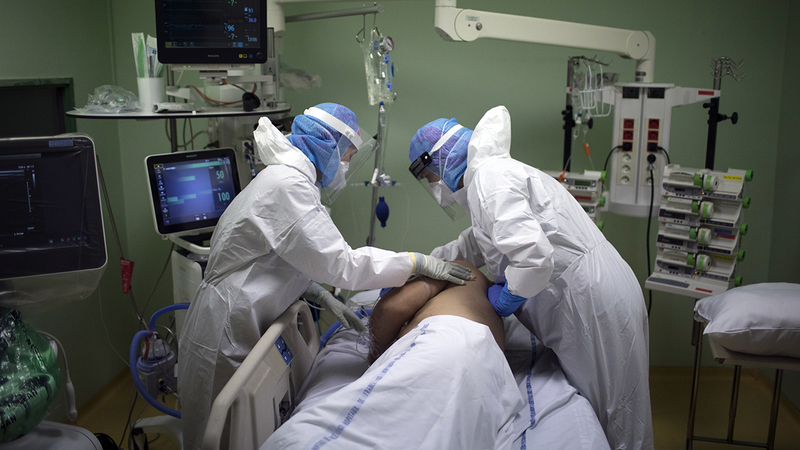 A new wave of lockdowns and business closings is sweeping across France, Germany and other places in Europe as surging coronavirus infections there.

New Jersey Gov. Phil Murphy said the state was seeing a fall surge, as he announced another 1,477 cases of Covid-19 Thursday.

Murphy said the state is in a “holding pattern” with reopening after the recent spike in cases, noting restaurants are a particular challenge.

Murphy also urged residents not to take family members out of nursing homes for Thanksgiving. 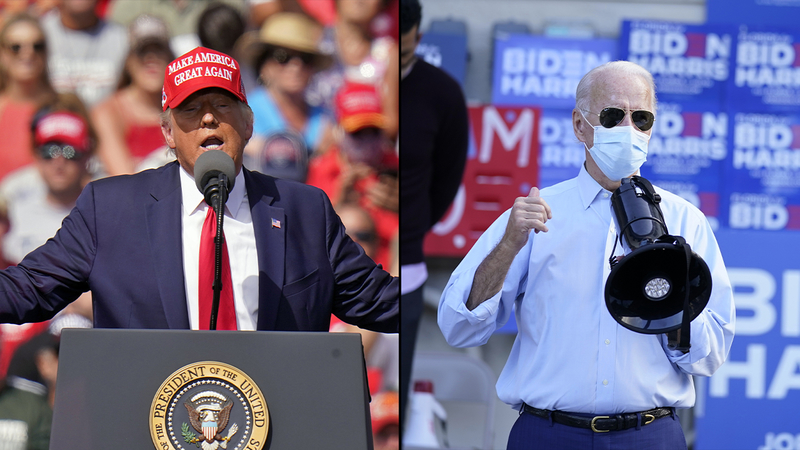 Biden returns to Iowa Friday as the Democratic nominee, while President Donald Trump is playing defense in Michigan and Wisconsin. Trump and Biden will both be in Minnesota.

A CNN investigation of 17 Trump campaign rallies finds that 14 of the host counties had an increased rate of new Covid-19 cases one month after the rally.

The 17 rallies occurred between August 17 and September 26. CNN evaluated the rate of new daily cases per 100,000 residents at four weeks before the rally, on the rally date, and four weeks after the rally at the county level and at the state level.

CNN’s analysis also found that in 10 counties, the new rates of infection were growing faster than the overall rate for the state.

COVID-19 risk calculator: Quiz yourself on the safest, most dangerous things...