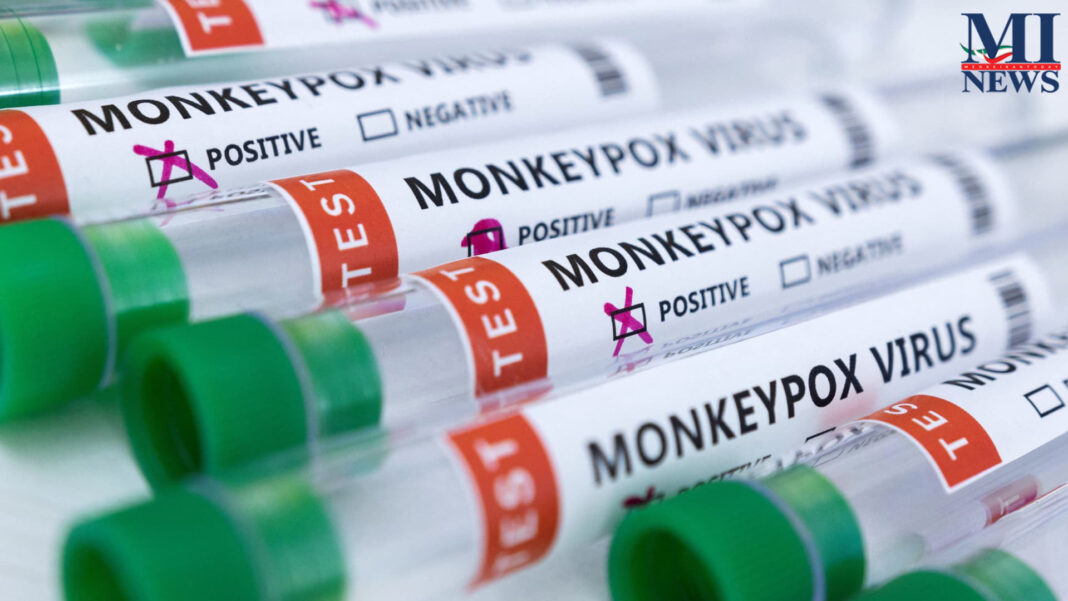 The U.S. Department of Health and Human Services is rapidly expanding access to hundreds of thousands of doses of the Jynneos vaccine, targeted to smallpox and its viral cousin monkeypox. Vaccine doses will be used to protect those Americans deemed to be at higher risk of contracting the virus, federal officials said.

Right now, those at highest risk include anyone who’s had close physical contact or sexual contact with a person with a known case of monkeypox. Also at high risk are gay and bisexual men who “have recently had multiple sex partners in a venue where there was known to be monkeypox or in an area where monkeypox is spreading,” the CDC said in a statement.

Testing capacity for monkeypox also is being expanded nationwide, health officials said. The U.S. Centers for Disease Control and Prevention started shipping tests to five commercial laboratory companies across the nation, to make sure that testing is available in every community, the experts at the White House briefing said.

“Vaccination after exposure or using vaccines for ‘post-exposure prophylaxis’ is meant to reduce your risk of becoming infected with the virus and then becoming sick,” CDC Director Dr. Rochelle Walensky explained at the briefing. “Vaccination should occur within two weeks of a possible exposure, and the sooner you can get vaccinated after the exposure, the better.”

There have been 306 U.S. monkeypox cases reported so far in 27 states and the District of Columbia, according to the CDC’s most updated figures.

Worldwide there are more than 4,700 confirmed cases in 49 countries, Walensky said.

“The good news is on this outbreak, we have had no deaths so far, thanks in large part to vaccines, to tests, to treatments, and to the effectiveness of our health care system,” said Dr. Ashish Jha, the White House COVID-19 response coordinator.

Doses of the Jynneos vaccine will be distributed to areas with the highest transmission and need, using a tiered allocation system, officials said.

The federal government is making 56,000 doses of the vaccine available immediately, and another 240,000 doses will be made available in coming weeks.

More than 750,000 additional doses will be made available over the summer, and another 500,000 doses will be released through the fall.

All told, the U.S. expects to release 1.6 million doses of Jynneos vaccine this year, officials said.

Up to now, officials have recommended vaccination only for those detected through contact tracing for potential monkeypox exposure, Walensky said at the Tuesday briefing.

That strategy has been largely driven by vaccine shortages, she said.

However, “now we are recommending that vaccines be provided to both people with known monkeypox exposures who are contacted by public health, and also to those people who’ve been recently exposed to monkeypox that may not be identified through cases of investigation and contact tracing,” Walensky said.

The ongoing global monkeypox outbreak also has prompted the CDC to activate an emergency command center for monitoring and coordinating response to the burgeoning epidemic.

The CDC’s Emergency Operation Center has more than 300 staff who work with local, national and international partners to counter urgent public health challenges.

While data suggest that gay and bisexual men make up a high number of monkeypox cases, anyone can get it from close physical contact with an infected person. At least five U.S. women have contracted monkeypox so far, the CDC says.

Late last week, New York City became the first U.S. city to start offering the monkeypox vaccine to those at high risk for the disease.

Demand grew so high that the city had to restrict vaccinations to those with appointments. The city had 1,000 doses of the Jynneos vaccine, and is working with the CDC to get more.

Despite all this activity, White House officials took pains Tuesday to remind people that monkeypox is a well-known pathogen.

“The most important point to start with is reminding folks that this is not a novel virus,” Jha said. “Unlike COVID of two years ago, monkeypox is a virus that’s been around forever. We’ve known about it for at least 60-some-odd years, and we have spent years studying and treating monkeypox in endemic nations.”

Coronavirus started spreading in the U.S. in January, CDC says