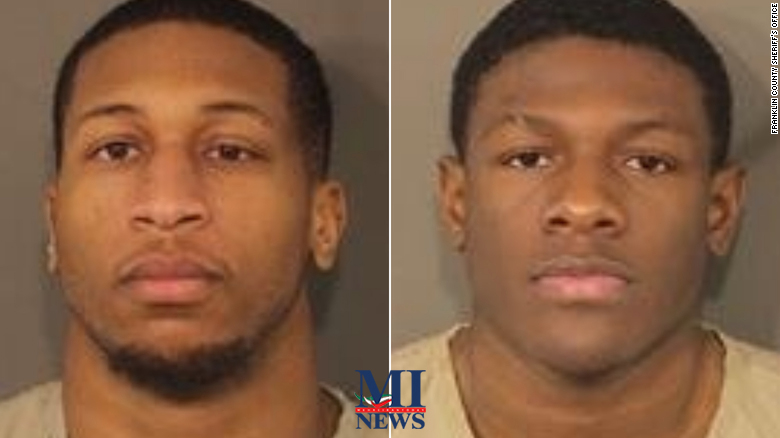 Defensive backs Amir Riep and Jahsen Wint are being held in Franklin County’s main jail in Columbus, according to online jail records.
Both men are 21 and due to be seniors next season.
“We are aware that two of our students have been arrested and criminally charged,” an Ohio State University representative told CNN. “They have been suspended from all activities involving the football program. We will share more information when available.” 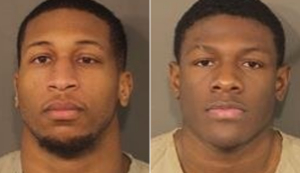 Amir Riep (left) and Jahsen Wint.
CNN’s attempts to reach attorneys for Riep and Wint weren’t immediately successful. No bond has been set for either; both are due to be arraigned Thursday morning, according to Franklin County Municipal Court.
Riep is accused of forcing intercourse with a victim at a Columbus apartment complex where Wint also lives, according to a Columbus Police Department complaint filed with the municipal court. The offenses are alleged to have occurred February 4, according to the complaint.
Wint is accused of forcing oral sex with the victim at the same complex, according to a separate police complaint filed in his case.
The kidnapping charges accuse the men of forcibly restraining the victim so that they could engage in sexual activity against her will, according to the complaints.
Warrants for their arrests were issued Tuesday, according to records from the court clerk.
Riep and Wint were largely backups this past season for the Buckeyes, whose 2019 campaign ended with a loss to Clemson in the College Football Playoff semifinals.
Original Source