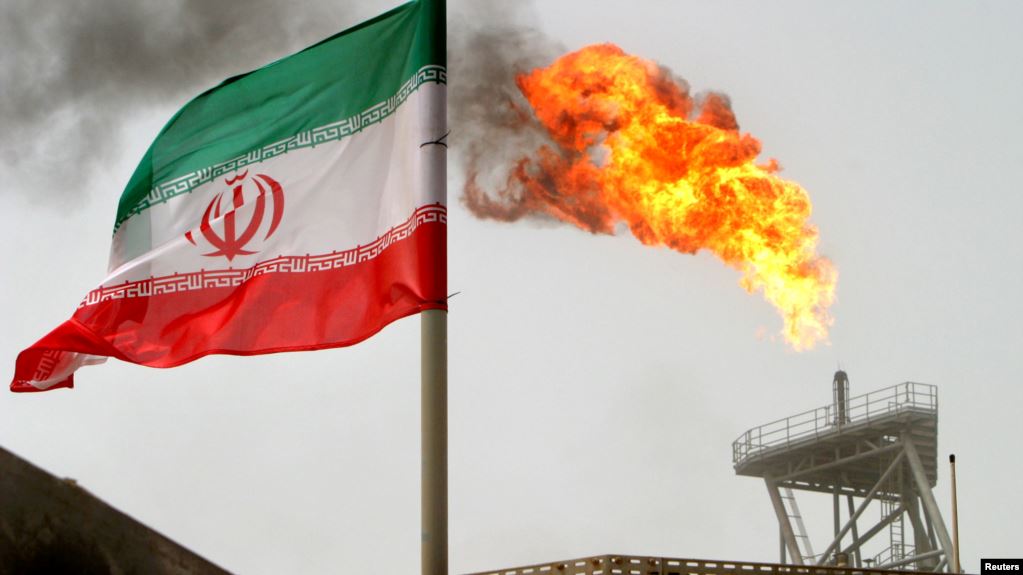 FILE – A gas flare on an oil production platform in the Soroush oil fields is seen alongside an Iranian flag in the Persian Gulf, Iran.

Turkey stopped purchasing Iranian oil as of May as U.S. waivers granted last November to eight buyers expired, and will continue to abide by Washington’s demand that it halt all imports of crude oil from the Islamic Republic, a senior Turkish official said on Wednesday.

“We are not getting any oil from Iran now,” said the official, who spoke on condition of anonymity. “We were one of the eight countries getting an exception from those sanctions, and now we are ready to abide by them,” he said.

Reuters on Monday reported that no tankers loaded in Iran have arrived at Turkish ports so far in this month, according to Refinitiv tracking data. Analysts said it was replacing Iranian oil with supplies from Iraq, Russia and Kazakhstan.

The United States reimposed sanctions on Iran in November after pulling out of a 2015 nuclear accord between Tehran and six world powers. Aiming to cut Iran’s sales to zero, Washington this month ended sanctions waivers for importers of Iranian oil, ending a six-month reprieve for Turkey and seven other big importers including China and India.

Iranian crude oil exports have fallen in May to 500,000 barrels per day (bpd) or lower, tanker data showed and industry sources said last week. The bulk of the crude was heading for Asia but it was unclear who was buying and whether the oil was heading to end-users or storage.

Turkey’s largest oil refiner Tupras had pressed Washington for an extension of the import waiver before the May 1 expiration, according to a person familiar with the talks, adding that when it was not granted, the company made clear it would halt all imports from Iran.

But the senior Turkish official added that Ankara did not agree with U.S. sanctions policy on Iran.

Tensions have spiked between Iran and the United States after Washington sent more military forces to the Middle East, including an aircraft carrier, B-52 bombers and Patriot missiles, in a show of force against what U.S. officials say are Iranian threats to its troops and interests in the region.

Bulgaria Seizes 288 Kilos of Heroin in Truck From Iran