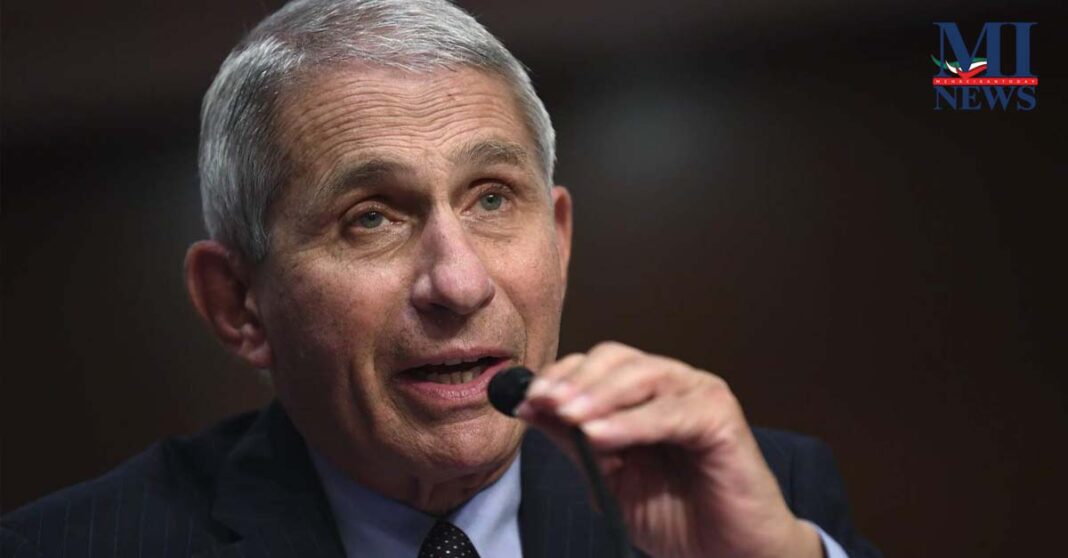 The commutation of Roger Stone’s sentence may have more profound legal implications, and the Redskins changing their name may have more cultural significance.

But the escalating warfare between President Trump and Anthony Fauci may well have a more immediate impact on the pandemic that is increasingly devastating our country.

While it’s easy to cast this as merely a media-generated feud, it represents a fundamental clash over how to handle the coronavirus that keeps breaking records, rather than fading with the July heat, as the administration once predicted.

To be sure, the charge that the White House has done an “oppo dump” on Fauci is rather overblown. To me, that signifies a stealthy handoff of documents or encoded digital communication to get dirt into the hands of reporters. The Trump team is just stabbing Fauci in the front.

And they’re doing it by pointing to his past public statements, which are obviously fair game.

Behind the scenes, the president hasn’t spoken to Fauci in more than a month.

Make no mistake, the president is the decision-maker and Fauci is a medical expert who, by his own account, is not in charge of setting policy. Still, the 79-year-old doctor, who has been part of the government’s infectious disease agency since the Reagan administration, is widely respected, and part of his job is to work on a vaccine.

For an administration that has been accused of ignoring science, this seems somewhat petty. But there is an important clash here: Fauci casts himself as a truth-teller, and Trump wants to control the administration’s message, which is that the pandemic is under control and things will be getting better.

That, admittedly, is a harder sell when the number of new daily Covid-19 cases surged past 66,000 heading into the weekend, and Florida broke the single-day record for a state on Sunday with more than 15,000 cases. And it comes at a time when the president is pressuring governors, with a threatened funding cutoff, to physically reopen the nation’s schools in September.

What the White House has done, among other things, is basically kept Fauci off television. “Face the Nation” host Margaret Brennan told viewers she’s been trying to book him for three months. The coronavirus task force briefings have become infrequent, handed off to Mike Pence and moved out of the White House, and Fauci’s schedule was such that he couldn’t attend the last one.

Instead, he’s been doing podcasts and print interviews, such as one in which he told the Financial Times: “I have a reputation, as you have probably figured out, of speaking the truth at all times and not sugar-coating things. And that may be one of the reasons why I haven’t been on television very much lately.”

The Washington Post reports that White House communications aides did approve appearances by Fauci on the PBS “NewsHour,” “Meet the Press” and a CNN town hall. But those were canceled after Fauci did a Facebook Live event with Democratic Sen. Doug Jones and disputed Trump’s assertion that the country’s lower death rate was a sign of progress, calling that a “false narrative.”

“Our bigger issue with Fauci is stop critiquing the task force . . . and try to fix it,” an administration official told the Post.

Trump, for his part, has called Fauci “a nice man, but he’s made a lot of mistakes.”

Which brings us to the official counterattack.

“Several White House officials are concerned about the number of times Dr. Fauci has been wrong on things,” says a statement sent by the White House to reporters.

The Post says this “included a lengthy list of the scientist’s comments from early in the outbreak. Those included his early doubt that people with no symptoms could play a significant role in spreading the virus…They also point to public reassurances Fauci made in late February, around the time of the first U.S. case of community transmission, that “at this moment, there is no need to change anything that you’re doing on a day-by-day basis.”

Sure he’s made some missteps, Fauci’s supporters say. But when he downplayed the need for masks early on, it was because he was worried about a shortage and wanted to keep them for health care workers.

The New York Times, in picking up the story yesterday, said the White House left out Fauci’s words, in an NBC interview, immediately after his “no need to change anything” comment:

“Right now the risk is still low, but this could change. When you start to see community spread, this could change and force you to become much more attentive to doing things that would protect you from spread.”

Asked yesterday by CNN’s Jim Acosta why the White House was “trashing” Fauci, press secretary Kayleigh McEnany said the statement came in response to the Post’s questions and the two men “have always had a very good working relationship.”

If Fauci was a political appointee, he’d probably have gone the way of Jeff Sessions, Jim Mattis and John Bolton by now. But as a career civil servant, he can’t be fired. So the White House is clearly sidelining him instead.

It’s a shame the two men, despite their contrasting styles, can’t find a way to work together, as this is a distraction in the war on their common enemy: the virus itself.

“The most outrageous lies are the ones about Covid 19. Everyone is lying. The CDC, Media, Democrats, our Doctors, not all but most ,that we are told to trust. I think it’s all about the election and keeping the economy from coming back, which is about the election. I’m sick of it…There is so much evidence, yes scientific evidence, that schools should open this fall. It’s worldwide and it’s overwhelming. BUT NO.”