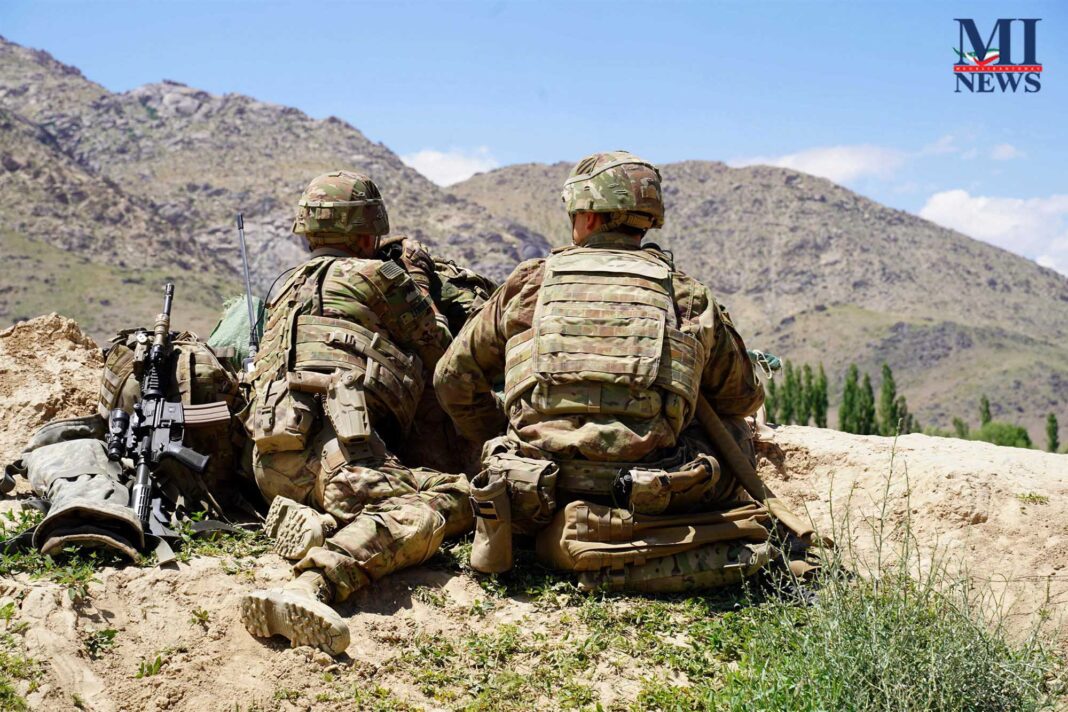 WASHINGTON — President Donald Trump has pushed his military and national security advisers in recent days to pull all U.S. troops out of Afghanistan amid concerns about a major coronavirus outbreak in the war-torn country, according to two current and one former senior U.S. officials.

Trump complains almost daily that U.S. troops are still in Afghanistan and are now vulnerable to the pandemic, the officials said. His renewed push to withdraw all of them has been spurred by the convergence of his concern that coronavirus poses a force protection issue for thousands of U.S. troops in Afghanistan and his impatience with the halting progress of his peace deal with the Taliban, the officials said.

They said the president’s military advisers have made the case to him that if the U.S. pulls troops out of Afghanistan because of the coronavirus, by that standard the Pentagon would also have to withdraw from places like Italy, which has been hit particularly hard by the pandemic, officials said.

“There is concern from a variety of places that we could leave Afghanistan,” one senior U.S. official said, pointing to concerns voiced by U.S. allies, members of Congress and U.S. military officials. One senior administration official and a defense official said that while the withdrawal of U.S. troops from Afghanistan because of the coronavirus has been under discussion, a more likely outcome would be to consolidate American forces at bases in one or two parts of the country.

U.S. defense officials says cases of the coronavirus in Afghanistan are likely to be drastically underreported, estimating there could be at least 10 times as many cases there as the government has officially tallied. As of Monday, the Afghan Ministry of Public Health reported 1,703 confirmed cases of COVID-19 and 57 deaths in a country with an estimated population of 35 million.

But in March the Afghan minister of public health, Ferozuddin Feroz, warned that as much as half of the country’s population could become infected and more than 100,000 could die without more precautions like hand washing and lockdowns in more populated areas.

Afghanistan is one of the poorest countries in the world, with a weak public health system. The government is building a 100-bed hospital in Herat, a province that borders Iran, but the country lacks protective gear and ventilators.

U.S. officials worry the virus could become rampant in Afghanistan, given its lack of health care and testing and its shared border with Iran, which has been hit hard by the pandemic.

“Afghanistan is going to have a significant coronavirus issue,” a former senior U.S. official said. “It hasn’t really manifested yet but it will.”

The U.S. military is in the midst of a drawdown in Afghanistan already. In early March it began decreasing its total footprint from more than 12,000 to 8,600 over 135 days. But troops have been leaving the country faster than originally planned, according to two U.S. defense officials, and the U.S. is now on track to beat the original deadline.

“U.S. Forces Afghanistan continues to draw down force levels and expects to be at 8,600 U.S. troops in 135 days (mid-July) in accordance with the U.S.-Taliban agreement. USFOR-A remains committed to supporting our Afghan partners throughout the process and maintains the capabilities and authorities necessary to accomplish our objectives,” said Lt. Col. Thomas Campbell, a Pentagon spokesperson.

Trump, who campaigned in 2016 with a promise to end wars like the one in Afghanistan, has frequently expressed frustration with progress there since his early days in office. But the recent political stalemate combined with the COVID-19 pandemic has reinvigorated his impatience.

“He is itching to get out. He’s pushing the Pentagon on it,” the former official said.

As the same time, the president has praised the U.S. military members who are deployed in the U.S., fighting against the spread of COVID-19. “Our great military is operating at 100 percent during this crisis, and thousands of troops are deployed alongside of civilians in the COVID hotspots,” he said last Wednesday.

Last month Trump dispatched Secretary of State Mike Pompeo to Kabul to deliver a harsh message in hopes of salvaging a peace deal to ultimately end the war in Afghanistan. Pompeo told feuding leaders in Afghanistan that they needed to resolve their differences and begin negotiations with the Taliban or Trump could pull all U.S. troops out of the country, two current senior officials, one former senior official and a foreign diplomat told NBC News.

U.S. Envoy to Afghanistan Amb. Zalmay Khalilzad continues to travel to the region despite widespread travel restrictions meant to stop the spread of COVID-19. Last week he met with the Taliban in Qatar to “discuss current challenges in implementing the U.S.-Taliban Agreement,” according to a State Department statement.

Before departing for Qatar, he tweeted that both sides need to accelerate efforts to release prisoners, warning that prisoners are at risk of an outbreak of coronavirus. An official close to Khalilzad said he will continue to travel to the region to try to salvage the peace process.

Many parents are hesitant to give their kids a Covid-19 vaccine....

New Delhi is choking on smog and there’s no end in...