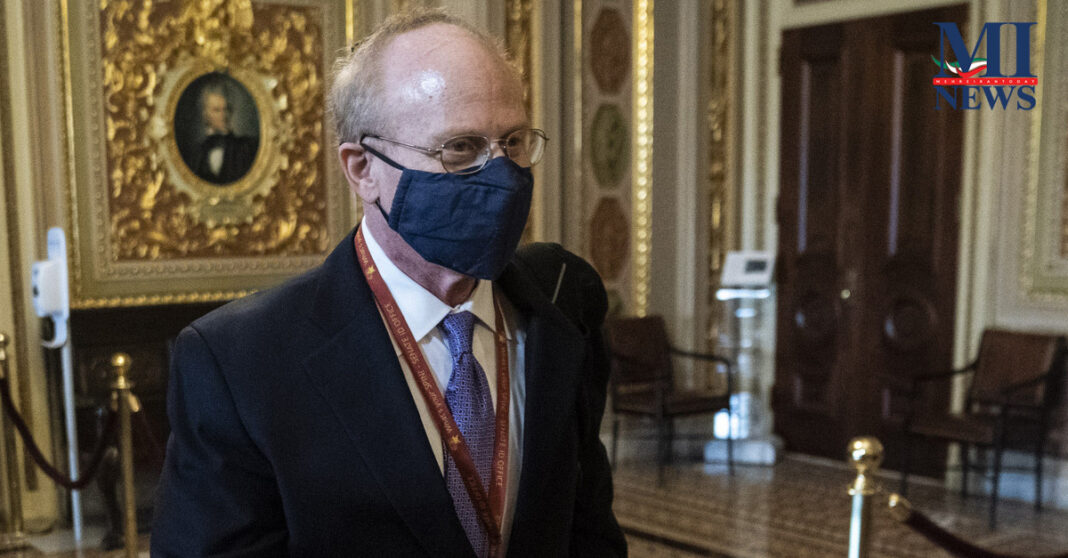 The lengthy compilation of Democrats using the word — which contained many clips with little or no context at all — came after Trump attorney David Schoen accused impeachment managers of selectively editing Trump’s words. Some of the Democrats shown were senators serving as jurors at the impeachment trial, including New York’s Chuck Schumer, New Jersey’s Cory Booker, Massachusetts’s Elizabeth Warren, Georgia’s Raphael Warnock and Arizona’s Kirsten Gillibrand, among others.

House impeachment managers have pointed to Trump’s own words before the Jan. 6 insurrection, when he said supporters would lose the country if they didn’t “fight like hell.” Democrats have also argued Trump’s speech was the culmination of a monthslong effort to subvert the election results.

“Every single one of you and every one of you, that’s okay,” Schoen said, speaking to Democrats. “You didn’t do anything wrong. It’s a word people use. But please stop the hypocrisy.”

The “fight” compilation followed several minutes after a reel of clips of Democrats calling for Trump to be impeached, dating back several years, and Democrats using fiery political language.

Trump’s legal team drew criticism from many Republicans and from Trump himself after a meandering performance on Tuesday. On Friday, the defense team drifted into relitigating controversies like Trump’s remark that there were “very fine people on both sides” of a 2017 deadly clash at a white supremacist rally in Charlottesville, Va.