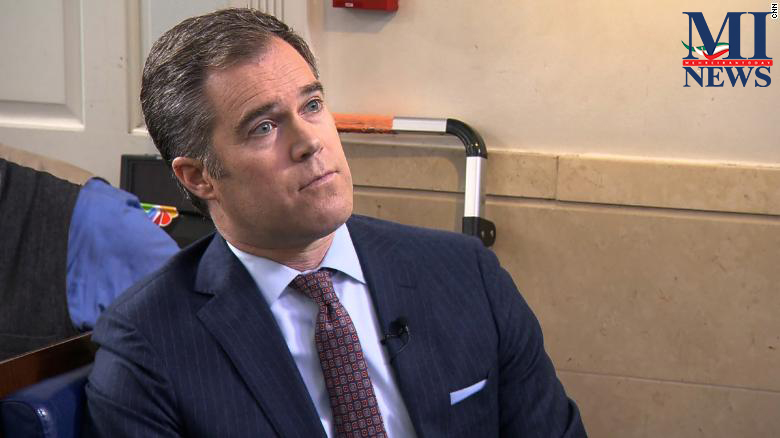 Student loan borrowers will be able to suspend their federal student loan payments without penalty and without accruing interest for at least 60 days, the Department of Education said Friday.

President Donald Trump announced a week ago that he would waive student loan interest amid the coronavirus crisis — but borrowers were awaiting details on how it would work and how long it would last. The Department of Education’s announcement Friday clarifies the policy change.
For now, borrowers will be able to put off two monthly loan payments. Additionally, interest will be waived for 60 days, starting retroactively on March 13.
But Trump suggested during a news conference Friday that he could decide to keep the policy in effect for longer.
“If we need more, we’ll extend that period of time,” Trump said.

How a suspension works

The suspension of payments does not wipe away debt, and it won’t be automatic. A borrower must contact their loan servicer and request that their loans be put in forbearance.
This option, requesting forbearance, already exists for borrowers struggling to afford their monthly student loan bills. But the process usually requires a borrower to submit documentation showing they meet the eligibility requirements. Now, it could be a little easier. The Department of Education said it has directed loan servicers to grant forbearance to anyone with a federal loan who requests one.
“Borrowers should contact their lenders, but we’ve given them very strong instructions,” Trump said.
Usually, loans in forbearance accrue interest. But that won’t happen at least over the next 60 days under the new temporary policy. That means a borrowers’ balance won’t continue to grow.
For someone with $30,000 of debt with an interest rate of 5%, for example, that means a savings of about $126 for each month the waiver is in place.

The temporary waiver will stop interest from adding up on federal loans, even if the borrower doesn’t request it.
But that won’t lower the amount a borrower owes each month. Monthly payments are typically divided between paying down the principal and the interest. If a borrower has already paid off all the interest accrued prior to March 13 — when the policy went retroactively into effect — the full monthly payment will be applied to the principal, the Department of Education said Friday.
That doesn’t offer borrowers relief now, but could result in savings over the lifetime of their loans.

Forbearance might not be the best option for you.
Enrolling in a different repayment plan, such as an income-driven plan, could lower your monthly payment if your pay has been cut.
But borrowers must contact their loan servicer to switch plans.
Those seeking Public Service Loan Forgiveness may want to keep making payments if they can afford them. If they go into forbearance for the next two months, it will take them two months longer to qualify for loan forgiveness.

As lawmakers are considering what to include in a $1 trillion-plus stimulus plan, some Senate Democrats have proposed canceling student loan payments for the duration of the coronavirus emergency.
This is different than suspending payments. Under the Democratic plan, the government would be paying the student loan bills on behalf of the borrowers — wiping away some of their debt.
The plan is backed by Sen. Elizabeth Warren of Massachusetts, Senate Minority Leader Chuck Schumer of New York, Washington state’s Sen. Patty Murray and Sen. Sherrod Brown of Ohio, all fellow Democrats.
Original Source

Covid variant found in UK may be more deadly than others,...