Home Sport The ‘Washington Football Team’ will be playing this season — until a... 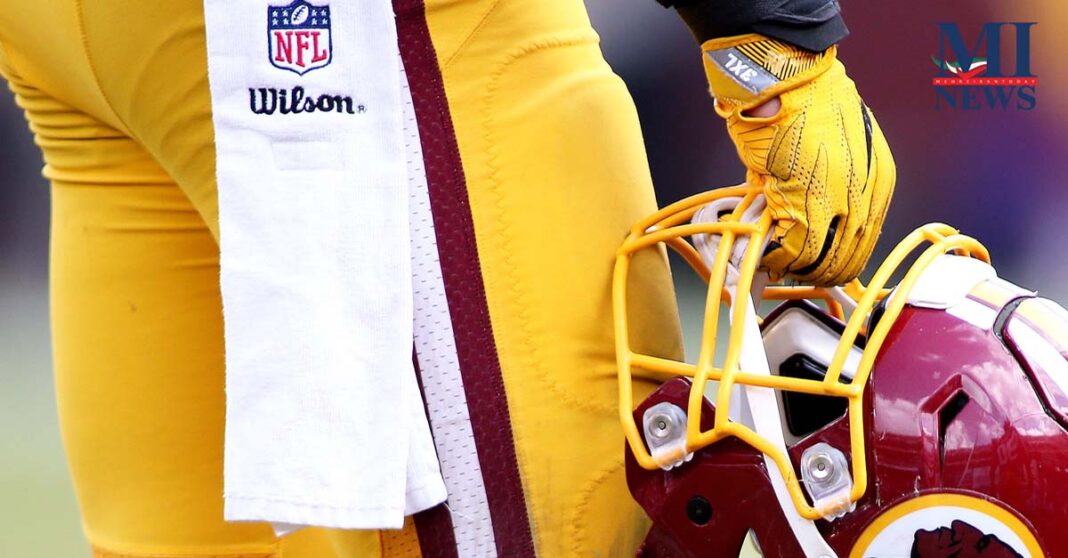 The Washington, DC-based NFL franchise will use the moniker “Washington Football Team” until it settles on a new name, the club said Thursday.

“For updated brand clarity and consistency purposes, we will call ourselves the ‘Washington Football Team’ pending adoption of our new name,” according to a team statement.

“The Redskins name and logo will officially be retired by the start of the 2020 season. We encourage fans, media and all other parties to use ‘Washington Football Team’ immediately.”

The NFC East club, owned by Daniel Snyder, stunned fans earlier this month when it announced that its longtime name would be retired.

For years, Snyder insisted he would never back away from the offensive name, — a slur against Native Americans — most famously telling USA Today in 2013: “It’s that simple. NEVER — you can use caps.”

The death of George Floyd, a Minneapolis man who died in police custody, prompted worldwide protests against systemic racism, and Snyder’s team — and its problematic name — was suddenly in the spotlight.

FedEx, which sponsors the team’s stadium in Landover, Maryland, asked for the name to be changed and major retailers stopped carrying the team’s gear.

The team statement released Thursday notes that fans will soon be able to purchase “Washington Football Team” merchandise from the NFL shop.

If the 2020 slate is played on schedule, Washington’s first regular season game would be on Sept. 13 against the visiting Philadelphia Eagles.

“Starting tomorrow and over the next 50 days, we will begin the process of retiring all” branding from that old name at the team’s stadium, headquarters and digital spaces, according to the club statement.

“We hope to complete this process in full by the team’s home opener against the Philadelphia Eagles on September 13.”

August 5, 2020
WASHINGTON — Senate Majority Leader Mitch McConnell conceded Tuesday that he will lack Republican support to pass further coronavirus aid and instead will rely on Democrats...

August 5, 2020
BEIRUT — It seemed like all hope was lost. But after 15 hours buried under the rubble of his home in Beirut, Imad Atar was...

August 4, 2020
Childhood vaccination rates are still down in at least 20 states, public health officials in those areas told ABC News, a worrying trend that has continued...
0FansLike
0FollowersFollow

Cristiano Ronaldo reached a career landmark on Monday by scoring his...