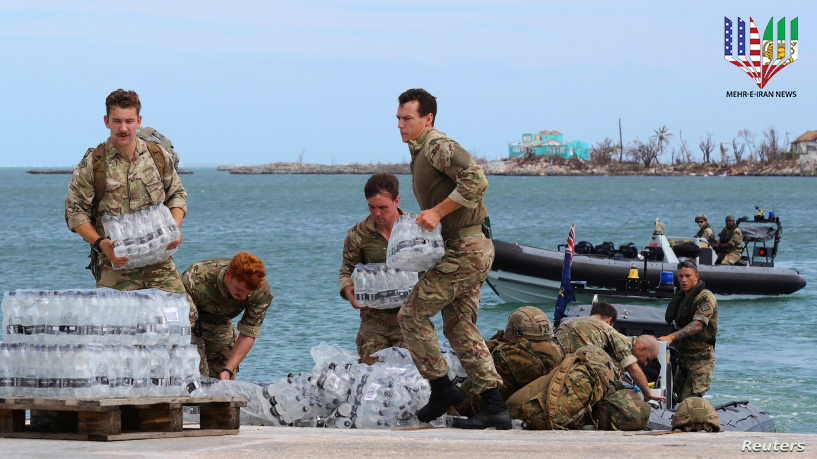 The United States, along with the international community, have ramped up efforts to assist residents in the Bahamas after the devastation caused by Hurricane Dorian.

Five days after the hurricane hit the islands as an extremely powerful Category 5 storm, an estimated 70,000 people are in need of immediate humanitarian relief and Bahamian officials say hundreds, if not, thousands of people are still missing.

The U.S. Coast Guard is working with the National Emergency Management Agency in the Bahamas and has rescued 295 people since Dorian hit, according to the U.S. embassy in Nassau.

British forces aboard the RFA Mounts Bay, which has a system to turn seawater into drinking water, are distributing clean water to Bahamas residents as well as hygiene kits and blankets.

The U.N. World Food Program airlifted ready-to-eat meals, along with generators and satellite equipment, while the U.N. International Office on Migration said it was providing tarps to replace roofs stripped by the hurricane.

An array of U.S. companies also joined the effort to provide relief to the Bahamas.

The Royal Caribbean and Walt Disney cruise lines, which usually carry tourists to Bahamian resorts, are instead using ships to deliver food, water, flashlights and other vital aid.

American Airlines sent a flight from Miami to the Bahamas to provide relief aid to employees who live there.

Hampton University, a historically black college in the U.S. state of Virginia, has offered free classes and room and board to students from the University of the Bahamas for the current fall semester.

Hurricane Dorian flattened entire neighborhoods in the Bahamas and knocked out hospitals and airport infrastructure. The death toll from the disaster stood at 30 on Thursday, but Bahamas officials say they expect the toll to rise as more bodies are discovered in floodwaters and collapsed buildings.

Southwest Airlines says it has enough cash for two years as...