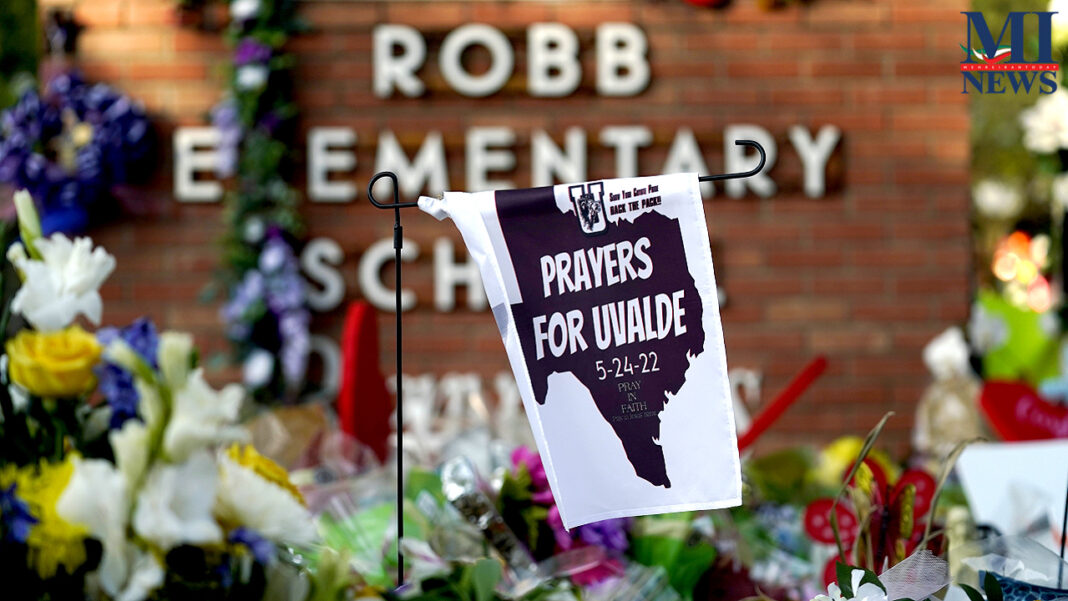 The classroom door was unlocked during last month’s Uvalde elementary school massacre, a top Texas official said Tuesday, describing the law enforcement response to the rampage as an “abject failure” in which police put the lives of officers before the lives of children.

The admission from Texas Department of Public Safety director Steve McCraw, made at a state Senate committee hearing investigating last month’s mass killing, was another stunning addition to the list of failures he has acknowledged since the Robb Elementary School shooting.

“We do know this, there’s compelling evidence that the law enforcement response to the attack at Robb Elementary was an abject failure and antithetical to everything we’ve learned over the last two decades since the Columbine massacre,” he told lawmakers.

“The only thing stopping a hallway of dedicated officers from (entering rooms) 111 and 112 was the on-scene commander who decided to place the lives of officers before the lives of children. The officers have weapons, the children had none.”

It’s been nearly one month since the gunman, Salvador Rolando Ramos, 18, broke into Robb Elementary School on May 24 and killed 19 children and two teachers.

The carnage ended more than an hour after it started, when a Border Patrol tactical unit finally broke into a classroom where the gunman was holed up and killed him.

“And he begins shooting … more than 100 rounds were fired initially,” he said.

Much of the post-shooting attention has been on the response of local law enforcement and decisions made by Pete Arredondo, the Uvalde Consolidated Independent School District police chief.

McCraw, in painstaking detail, went minute by minute explaining how police could have entered the unlocked room where the shooter was.

In the initial days after the shooting, it was widely reported that police were kept from breaking into the classrooms, where the gunman and his victims were, because of locked doors.

McCraw confirmed recent published reports that the adjoining classrooms are only locked from the outside, so the shooter, or anyone, could have entered.

Since two students attacked Columbine High School in Colorado in 1999, when police waited nearly an hour for a SWAT team to enter the building, law enforcement has stressed the urgency to engage the shooter.

“Lastly he waited for a key that was never needed,” McCraw said. “The post-Columbine doctrine is clear and compelling and unambiguous: Stop the killing, stop the dying. You can’t do the latter unless you do the former.”

At 12:21 p.m., a fourth shield arrived on the scene at about the same time four shots rang out from inside the classroom — but still with no action from police outside, McCraw said.

This was another point when police should have stopped viewing the situation as that of a barricaded suspect, McCraw said.

“So if this is a barricaded subject, why is he still firing?” he rhetorically asked.

Arredondo knew at that very moment there were multiple deaths, but he apparently feared that provocative police action could lead to more bloodshed.

“‘We’ve lost two kids, these walls are thin. He starts shooting, we’re going to lose more kids,'” McCraw said, quoting Arredondo from body camera audio transcripts. “‘I have to say we have to put those to the side right now.'”

The embattled Arredondo’s whose actions are being reviewed by both state and federal authorities has kept a remarkably low profile since the shooting.

But he pushed back at criticism, telling the Texas Tribune in a story published earlier this month that there was no way for his officers to have confronted the gunman any sooner.