Home News Taliban, US End Latest Round of Talks Without Announcing Outcome By Ayaz... 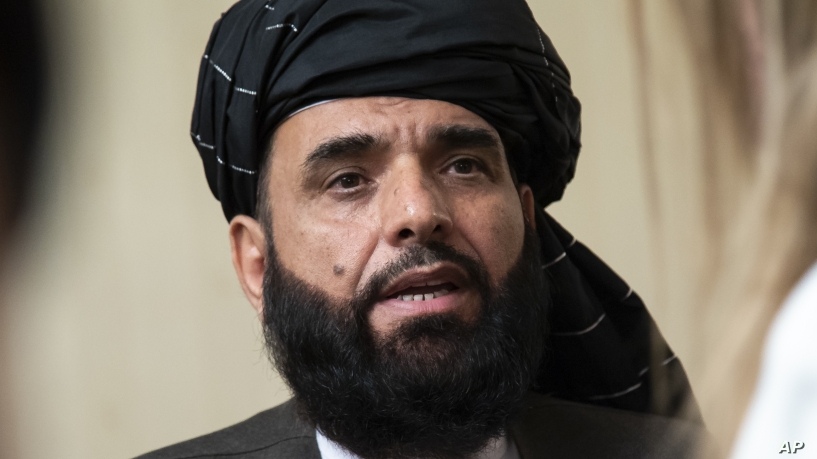 ISLAMABAD – The United States and the Taliban have concluded the eighth round of talks aimed at reaching an agreement between the two adversaries to end the 18-year-old war in Afghanistan and jumpstart intra-Afghan peace negotiations.

The nine-day negotiations in the Gulf state of Qatar were wrapped up before dawn on Monday, announced a Taliban spokesman. The talks continued on a day when Muslims around the world began celebrating their three-day annual festival of sacrifice, known as Eid-al-Adha.

“Work was tedious and effective. Both sides agreed to consult their respective leaderships for next steps,” Zabihullah Mujahid said in a brief statement.

He did not explain further nor did the chief American negotiator, Zalmay Khalilzad, about the outcome of the negotiations with the insurgent group. “We have concluded this round of talks that started August 3….Over the last few days, the two sides focused on technical details. They were productive. I am on my way back to DC to consult on next steps,” Khalilzad tweeted Monday.

Taliban political spokesman, Suhail Shaheen had said before the start of the talks that a deal was expected to follow the eighth round of their year-long dialogue with Americans.

We’ve concluded this round of talks that started Aug 3 between the US and the Taliban. Over the last few days, the two sides focused on technical details. They were productive. I am on my way back to DC to consult on next steps.3864:42 AM – Aug 12, 2019Twitter Ads info and privacy162 people are talking about this

Khalilzad had tweeted during the just concluded talks that “we have made excellent progress,” raising exceptions a deal was imminent. His latest comments on the progress of the talks came on Sunday when he greeted Afghans on the Eid celebration in a series of tweets.

“I hope this is the last Eid where #Afghanistan is at war. I know Afghans yearn for peace. We stand with them and are working hard toward a lasting & honorable peace agreement and a sovereign Afghanistan which poses no threat to any other country,” Khalilzad said.

Washington has said it is seeking a peace deal before the Afghan presidential election scheduled for September 28.

The U.S.-Taliban agreement, if reached, would outline the insurgent guarantees that Afghan territory, particularly Taliban-controlled areas, will not be used for staging terrorist attacks against America or its allies in  exchange for a timeline for the withdrawal of U.S.-led foreign troops from the country.

The document, to be inked before international witnesses, would also require the Taliban to immediately start negotiations with stakeholders in Afghanistan, including envoys of the U.S.-backed government in Kabul, to discuss a nationwide ceasefire and matters related to future governance in the crisis-hit country.

The U.S.-Taliban dialogue, however, has been under fire from the outset for excluding the Afghan government. The insurgent group refuses to recognise the Kabul administration as a legitimate entity, calling it a U.S. puppet.

“Our future cannot be decided outside, whether in the capital cities of our friends, nemeses or neighbors. The fate of Afghanistan will be decided here in this homeland. … We don’t want anyone to intervene in our affairs,” Ghani told an Eid-related gathering at the presidential place in Kabul.

Khalilzad in his tweets on Sunday apparently attempted to respond to Ghani’s criticism and the Taliban’s consistent stance of refusing to talk to the Afghan government.

“Many scholars believe that the deeper meaning of Eid al-Aadha is to sacrifice one’s ego. Leaders on all sides of the war in Afghanistan must take this to heart as we strive for peace.  My very best wishes,” tweeted the Afghan-born American diplomat.

Many scholars believe that the deeper meaning of Eid al-Hadha is to sacrifice one’s ego. Leaders on all sides of the war in Afghanistan must take this to heart as we strive for peace. My very best wishes.2,3758:02 AM – Aug 11, 2019Twitter Ads info and privacy528 people are talking about this

Ghani, who is seeking re-election, maintains the U.S.-Taliban peace talks should not come in the way of the September election, insisting an elected government is better placed to negotiate peace with the insurgents to end decades of hostilities in Afghanistan.

It is widely perceived that a deal with the Taliban may lead to the postponement of the presidential election to allow the process to be held under a transitional setup, inclusive of insurgents. Ghani and his advisors, however have rejected those assertions nor do Taliban envoys support it, causing confusion about the purpose of intra-Afghan talks as and when they start.

Iran says it arrested CIA spies and sentenced some to death