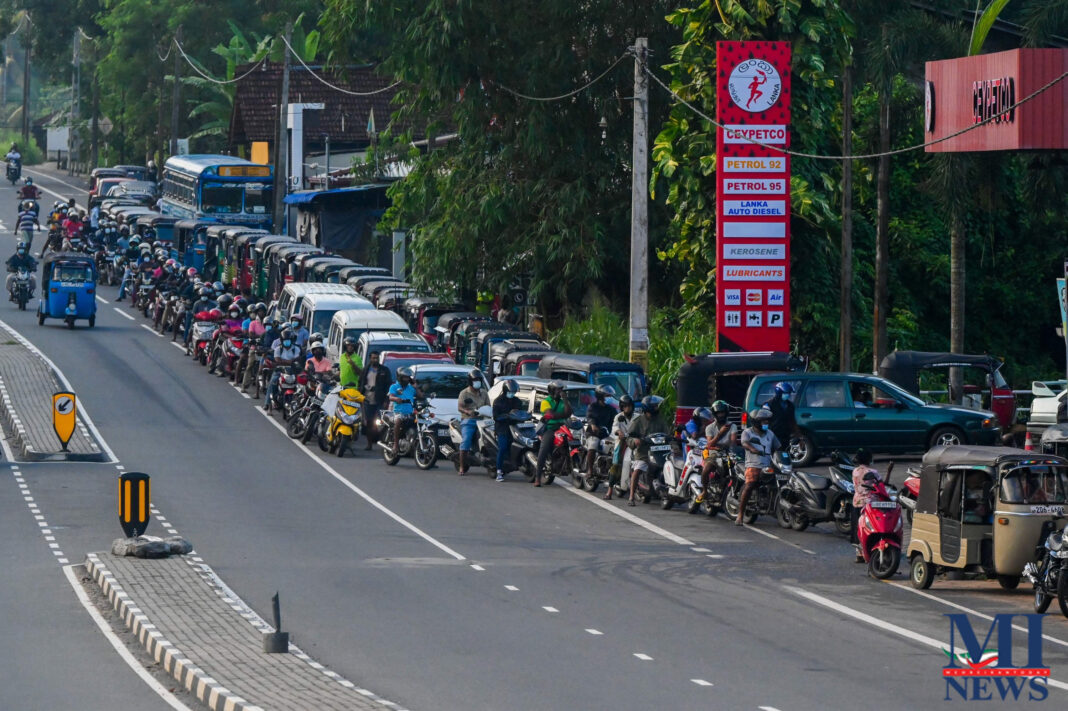 Sri Lanka has run out of fuel, according to a report Monday in the country’s Daily Mirror newspaper.

The 1,100 tons of petrol and 7,500 tons of diesel the country has would not last a day, the newspaper reported, citing anonymous sources in the Ceylon Petroleum Corporation Trade Union.

According to Reuters, which cited a top government official on Sunday, the country of 22 million people is down to just 15,000 tons of petrol and diesel to keep essential services running in coming days.

Without any deliveries of fuel, the newspaper said, Sri Lanka “will come to a complete standstill from this week, as even public transportation will come to a grinding halt.”

The country’s energy crisis is compounded by a financial crisis.

The Daily Mirror said Sri Lanka has been “blacklisted by international companies as it has defaulted on its debts and companies now require international bank guarantees for fresh orders.”

However, Sri Lanka is sending two ministers to Russia, according to The Associated Press, for face-to-face negotiations to try to acquire the much-needed fuel.

Europeans Erect Borders Against Coronavirus, but the Enemy Is Already Within