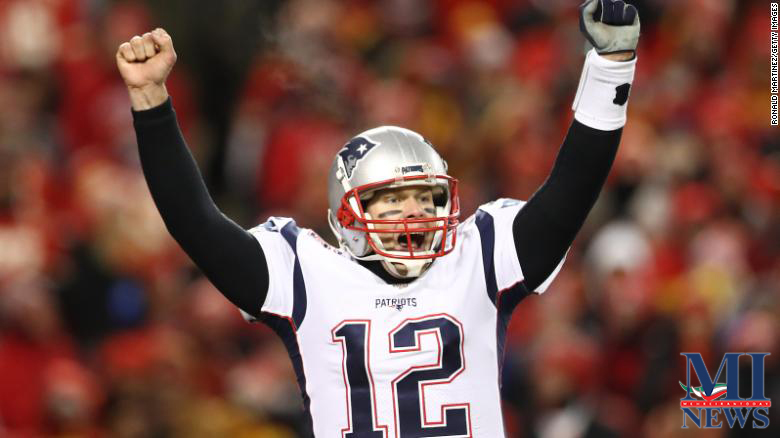 The big question continues to loom: Where will Tom Brady play next season?

The New England Patriots quarterback is set to become a free agent, and the speculation is in full effect. Will Brady return to the Patriots, teaming up again with head coach Bill Belichick? Or will Brady — who turns 43 in August — make the move to a new team?
Even his wife Gisele Bundchen doesn’t seem to know.
When asked in a recent question-and-answer session with users on Instagram where Bundchen, who has been married to Brady for 11 years, would be living this year, she responded with a laugh.
“I would love to know where I’m going to be living this year,” she said on an Instagram story. “But I don’t know that yet. Hopefully somewhere nice and wherever my husband is happy playing, so we will see.”
Brady has spent his entire career with the Patriots. In his 20 seasons with New England, Brady has played in nine Super Bowls — winning six, the most of any player — and has won four Super Bowl MVPs and three NFL MVPs.
But could the Brady-and-Belichick combination be coming to an end? According to ESPN’s Jeff Darlington, those close to Brady are being told by the player himself that he’s going elsewhere. However, Darlington continued, those same people don’t necessarily believe that the Patriots won’t try to convince him to stay in a New England uniform.
“We need to wrap our minds around the fact that it is far more likely than not that Tom Brady will not be back with the Patriots,” Darlington said on the ESPN show “Get Up.” He continued by adding: “I am now at the point where I would be stunned if Tom Brady returns to the Patriots.”
NFL Network’s Ian Rapoport reported that Brady’s agent, Don Yee, was meeting with teams this week at the NFL Scouting Combine in Indianapolis, Indiana. Rapoport said that those teams include the Los Angeles Chargers, Las Vegas Raiders, and the Indianapolis Colts. CNN has reached out to Yee for comment but has not heard back.
While agents are not allowed to discuss free agents until March 16, Yee does have other clients, and he can talk to teams about their own players.
Original Source

Refugee Defector from Iran to Face Iranian at Tokyo Olympics

Clinton Portis is among 10 former NFL players charged in an...