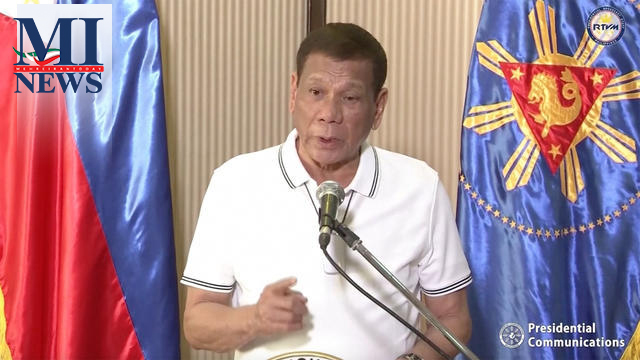 In the Philippines, the 57 million residents of the country’s main island, Luzon, are under strict lockdown orders to prevent the spread of COVID-19. Despite that, many in a Manila slum took to the streets Wednesday to protest a lack of supplies, arguing they had not received any food packs since the lockdown started two weeks ago.

The local government refutes those claims and clashed with protestors, ultimately arresting 20 people who refused to return home.

“I will not hesitate. My orders are to the police and military, as well as village officials, if there is any trouble, or occasions where there’s violence and your lives are in danger, shoot them dead,” he said in a mix of Filipino and English in the televised address. “Do not intimidate the government. Do not challenge the government. You will lose.”

This sort of order is not out of character for the controversial leader, who is notoriously accused of presiding over extrajudicial killings of suspected drug dealers at the hands of police for years. Nevertheless, it marks a chilling escalation in the global fight against COVID-19.

According to Johns Hopkins, the Philippines has 2,633 confirmed cases of coronavirus and 107 deaths – significantly less than some other countries of comparable size.

So far, actions taken by authoritarian governments have proven most effective in stemming the spread of the virus – asking citizens to sacrifice privacy and some of their freedoms in exchange for public health.

Poland is making quarantined citizens use a selfie app to prove they’re staying inside. Singapore is using Bluetooth signals between cellphones to keep track of who people come into contact with.

On Thursday, as often happens after Duterte makes these sorts of inflammatory public remarks, Filipino officials rushed to insist that the president was simply using hyperbole to communicate the gravity of the situation.

“Probably the president just overemphasized on implementing the law in this time of crisis,” Philippine National Police Chief Archie Gamboa said, adding that officers understood that they were not actually being instructed to kill troublemakers.