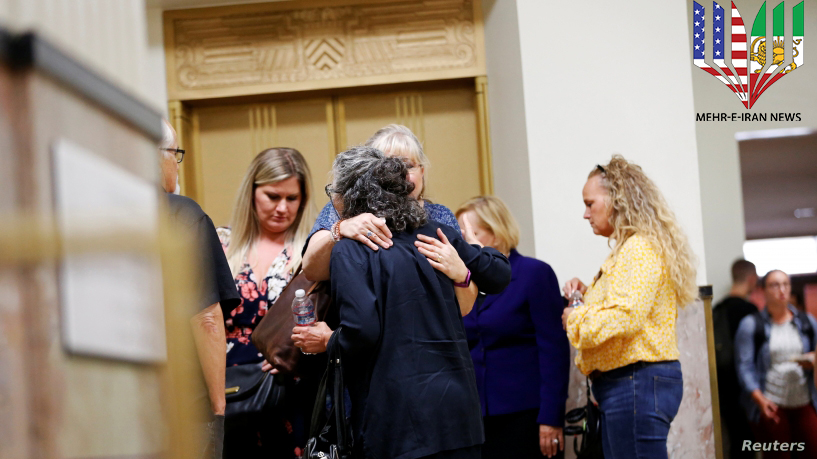 OAKLAND, CALIFORNIA – A jury Thursday didn’t convict two men charged after flames tore through a party at a San Francisco Bay Area warehouse that had been converted into a mazelike artist space, stunning families of the 36 victims who had opposed a deal that would have put the pair behind bars.

Jurors acquitted Max Harris of involuntary manslaughter but said they could not agree on whether to convict or acquit Derick Almena after deliberating over a two-week period.

As the judge declared a mistrial, sobs and gasps erupted from family and friends of the victims who packed the courtroom for the emotional three-month trial. The men were accused of filling the building in Oakland with so much clutter that it trapped people at an electronic music party nearly three years ago.

“I’m in shock,” said David Gregory, whose 20-year-old daughter Michela perished in the fast-moving fire. “We were hoping for justice, but we didn’t get justice today.”

Michela Gregory and her 22-year-old boyfriend, Alex Vega, died when fire roared through the so-called Ghost Ship warehouse, which had been illegally converted into a live-work space for artists and held events.

The building was packed with furniture, extension cords and other flammable material but had only two exits and no smoke detectors, fire alarms or sprinklers, prosecutors say.

The blaze killed many young people trapped on the illegally constructed second floor. Prosecutors said the victims received no warning and had little chance to escape down a narrow, ramshackle staircase.

Almena, 49, and Harris, 29, had pleaded no contest to manslaughter and were set to be sentenced last year to nine and six years in prison, respectively. But a judge threw out their pleas last year after many of the victims’ families objected.

Vega’s mother, Mary, was angry about Thursday’s outcome but didn’t regret the plea agreement being tossed. She said she was glad that Harris served more than two years behind bars awaiting trial.

“It’s something. Doesn’t matter, it’s not going to bring my son back,” Mary Vega said.

Prosecutors acknowledged the emotional toll of the trial on the victims’ loved ones and said they would meet with families and others to evaluate their next steps in the case against Almena. He remains in custody and is to be in court again Oct. 4.

One of Almena’s attorneys, Brian Getz, broke into tears, while another, Tony Serra, said he was pained and anguished but vowed to win the case.

“In the next trial, we’ll do better,” Serra said. “It may be hung again, or he may be acquitted, but we’re not going to lose.”

Almena, 49, was the master tenant of the warehouse and Harris, 29, acted like a manager by collecting rent and settling household disputes, prosecutors said.

The defendants argued that city workers were to blame for not raising concerns about fire hazards and said the fire was arson. Investigators have never found its cause, meaning arson cannot be ruled out.

Trump to ‘surge’ federal agents to Chicago, other cities, amid spike...

Agreement not to prosecute Cosby leads to his freedom, exposes prosecution’s...