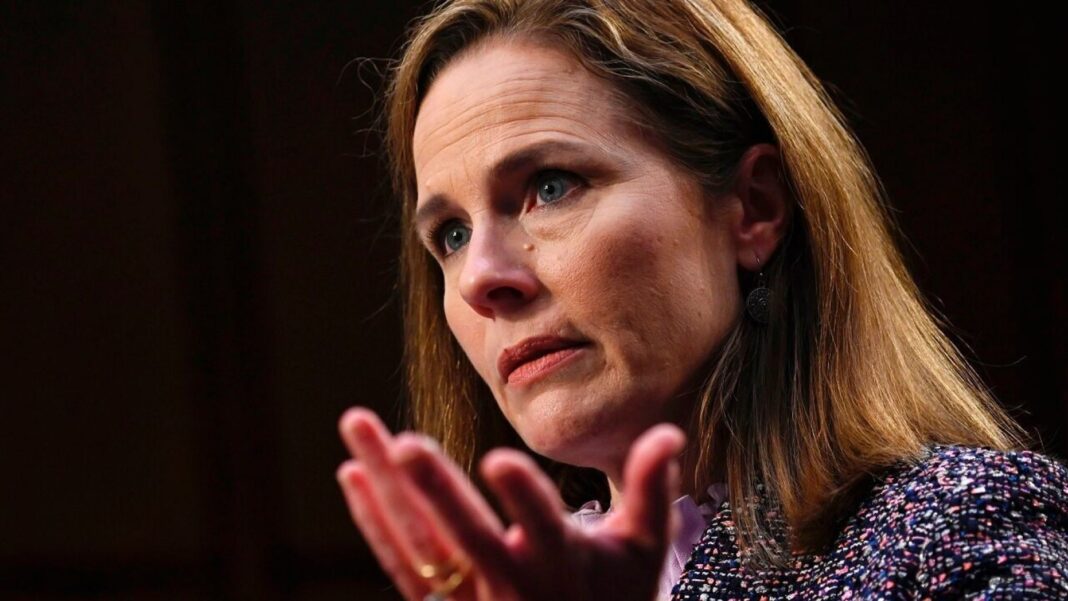 At the top of the Senate Judiciary Committee’s meeting Thursday morning, Chairman Sen. Lindsey Graham, R-S.C., introduced and passed a motion setting a time and date for the committee to vote on Judge Amy Coney Barrett’s Supreme Court nomination.

Graham announced that the committee will hold a vote at 1 p.m. ET on Oct. 22, one week after the conclusion of the confirmation hearing. Democrats objected, claiming that the process was being rushed to satisfy President Trump’s wishes, and raised doubts over whether they would even hear from a panel of witnesses who were prepared to give testimony on Thursday.

“We have a panel from the American Bar Association,” Graham said. “We have an eight-person panel, four for, four against, chosen by the minority and majority. I will do whatever my colleagues want in terms of motions of being heard. I hate it for the panel, but I will let you decide what we do today. We’re going to vote on the judge on October the 22nd.”

Ranking member Sen. Dianne Feinstein, D-Calif., said that while she values the hearings and “the search for information,” but said she does not understand why the process has to be rushed instead of taking two or three weeks.

Sen. Amy Klobuchar, D-Minn., also said that the process was a “sham,” and should wait until after the election. She said she was concerned because Trump “said he wants nine people after the election” and wants to overturn the Affordable Care Act.

“I think it’s time, to be honest, about what’s going on here,” Klobuchar said. “You are just trying to ram through this justice against your own words, in light of everything this president has said, where he won’t even commit to a peaceful transition of power.”

Graham lamented how the Senate has degraded over the years, pointing to 2013, when Democrats eliminated the filibuster for circuit court nominations as the beginning. He recalled saying at the time that it would come back to haunt them. He then claimed that partisan rancor from the Democrats increased after Trump was nominated.

“From that day forward, there has been an effort to say that election didn’t happen, it’s not legitimate, Donald Trump is not really the president,” Graham said. “As much as I was disappointed that Barack Obama beat John McCain, I accepted the outcome. I voted for his nominees. There is no way you’ll ever convince me that Amy Coney Barrett is not qualified using any reasonable standards of qualification.”

The chairman then explained how he felt that over the years he had become the only one who cared about judicial nominees’ qualifications instead of voting according to party. He then noted how the confirmation of Justice Brett Kavanaugh made him change how he viewed the process.

“In August of this year, I was asked directly, what about a vacancy,” he said. “After Kavanaugh, everything’s changed for me. I’m not going to sit on the sidelines and watch one of our nominees be destroyed after showing respect for two Democratic nominees. That is not right and I am not going to do that.”

After allowing the Democratic members of the committee to speak, Graham held a vote on their motion to postpone the committee’s vote on Barrett’s nomination. That motion failed by a party-line vote of 12 to 10.

From there, the hearing began, as witnesses testified in favor of and in opposition to Barrett’s nomination.

With the committee now set to vote on October 22, the Senate cannot formally begin to consider the nomination until October 23. Senate Majority Leader Mitch McConnell, R-Ky., would then have to move the Senate into executive session, which requires a vote. Democrats could throw a wrench in the process by not having a quorum present, which Senate Minority Leader Chuck Schumer, D-N.Y., has suggested.

Once the Senate does go to executive session, the clerk officially reports the nomination before the Senate. Starting October 23, McConnell could file a cloture petition to curb debate on the nomination, but the petition requires an intervening day before going up for a vote, which could take place no sooner than October 25.

Due to the 2017 elimination of the filibuster for Supreme Court nominations, it only takes 51 votes to end debate. Once such a vote passes, the Senate has 30 hours to conclude debate on the nomination before ultimately voting on Barrett’s confirmation.

Kurdish humanitarian groups left to fend for themselves as Northern Syria...