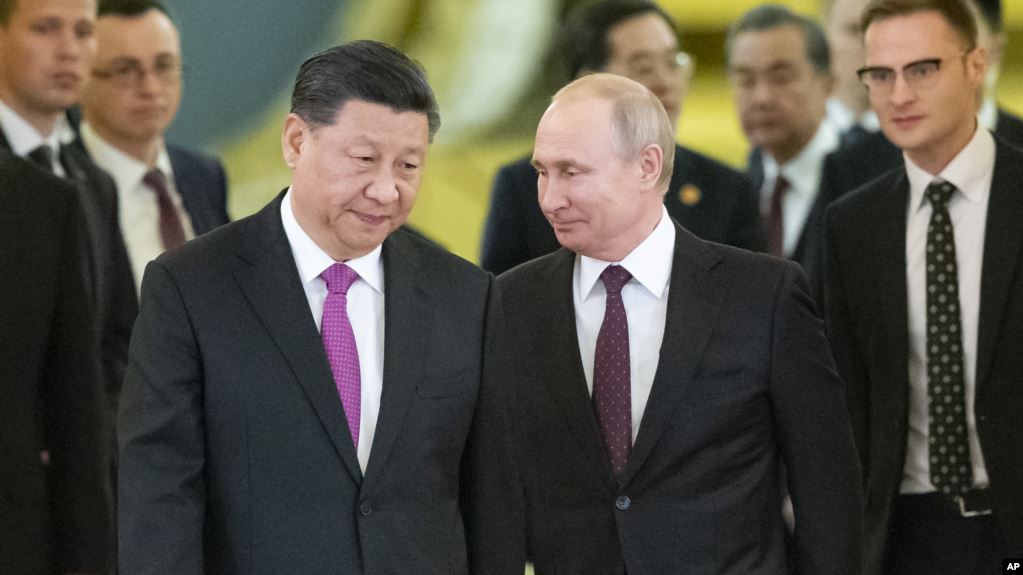 Chinese President Xi Jinping and Russian leader Vladimir Putin on Wednesday sat down for talks at the Kremlin in a visit affirming the increasingly close relationship between the two former Cold War communist rivals.

Xi, who arrived in Moscow earlier in the day, will attend a ceremony marking the launch of a Chinese car factory and stop by Moscow’s zoo to hand over two pandas. Xi will also be one of the key speakers at Russia’s major investment conference in St. Petersburg on Friday.

Putin and Xi are meeting in Russia as world leaders gathered on the south coast of England to mark the 75th anniversary of the D-Day landings.

Putin, who attended 70th anniversary commemorations in France five years ago, has not been invited. Russia was not involved in D-Day but the Soviet effort was crucial in defeating the Nazis on the Eastern Front.

China and Russia in recent years have aligned their foreign policy positions at the United Nations and in regard to major international crises such as Syria and Iran’s nuclear program.

Putin in televised remarks at the start of the talks at the Kremlin called Xi a “friend” while the Chinese leader said that he hoped the talks will be a success.

Iran Tells Citizens To Postpone Travel To Iraq Amid Protests

China scraps some US tariffs ahead of trade talks