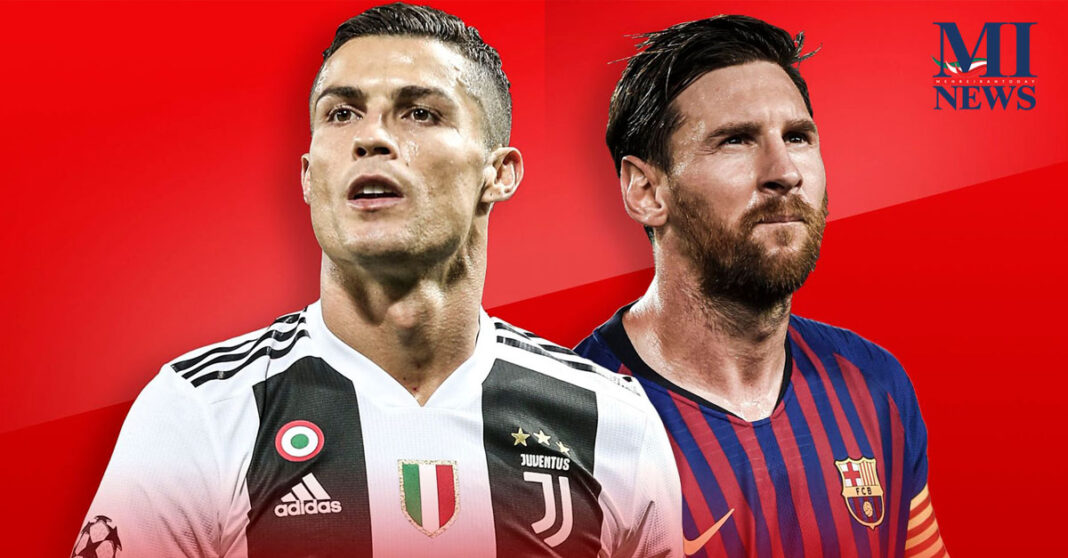 There’s little drama in Barcelona and Juventus’s Champions League group finale, with both sides already through to the knockout stage, but there is one can’t-miss element to the proceedings at Camp Nou: Lionel Messi and Cristiano Ronaldo sharing the same stage yet again.

It’s been over two years since the generational stars faced off, with it last happening when Ronaldo was at Real Madrid. Ronaldo missed the first meeting between the two sides in group play after contracting COVID-19, with Messi scoring on a stoppage-time penalty kick in a 2-0 Barcelona win in Turin that currently represents the three-point gap between the two group favorites. Juventus requires either a win by at least a three-goal margin or a two-goal win in which it scores more than two goals (so 3-1, for example) in order to leapfrog Barcelona for first in the group.

But all eyes are on the two veteran stars in the spotlight, with no guarantee they’ll face off ever again. Ronaldo, now 35, and Messi, 33, are the top two scorers in the history of the Champions League competition, with Ronaldo’s 133 goals (in 174 matches) bettering Messi’s 118 (in 147 games). In head-to-head games in all competitions, Messi and his teams have had the edge to the tune of a 16-10-9 record. Messi has scored 22 goals and had 12 assists in those 35 matches for club (33) and country (two), while Ronaldo has scored 19 goals and assisted on one goal in that time.

The last time they faced off in the Champions League was in the semifinals in 2011, when Barcelona won, 3-1 on aggregate, en route to winning the title.

Overall, they’ve combined for over 1,400 goals for club and country (751 for Ronaldo, 712 for Messi) and over 500 assists (300 for Messi, 221 for Ronaldo). Ronaldo’s five Ballon d’Or awards are only bettered by Messi’s six, and their clubs have won dozens of trophies with the stars as the centerpieces. Their current clubs have endured some atypical struggles this season, though. Barcelona is ninth in La Liga, some 12 points behind first-place Atletico Madrid through 10 games, while Juventus is fourth in Serie A, six points behind first-place AC Milan. Messi was clear this summer about his desire to leave the only club he’s ever known as a pro, while Ronaldo’s name has even been batted around the transfer rumor mill as Juventus ponders its way forward. Regardless of their uncertain futures, these two giants of the game can share the field for at least one more time.

In the opening stages, Barcelona carried out manager Ronald Koeman’s gameplan: keep the ball, limit the chances for Ronaldo.

“We need to try and keep hold of the ball, because as long as we’ve got the ball, [Ronaldo] can’t score,” Koeman said in his prematch comments.

Ronaldo had limited touches in the final third through the opening 10 minutes, while Messi connected early in the danger zone for Barcelona, only to have Juventus cut off his shooting lanes and force a wayward pass in his most threatening move.

Things changed soon after though, with Ronaldo earning a questionable penalty after a shoulder-to-shoulder challenge by Ronald Araujo. Ronaldo converted the ensuing penalty to give Juventus a 1-0 lead in the 13th minute.