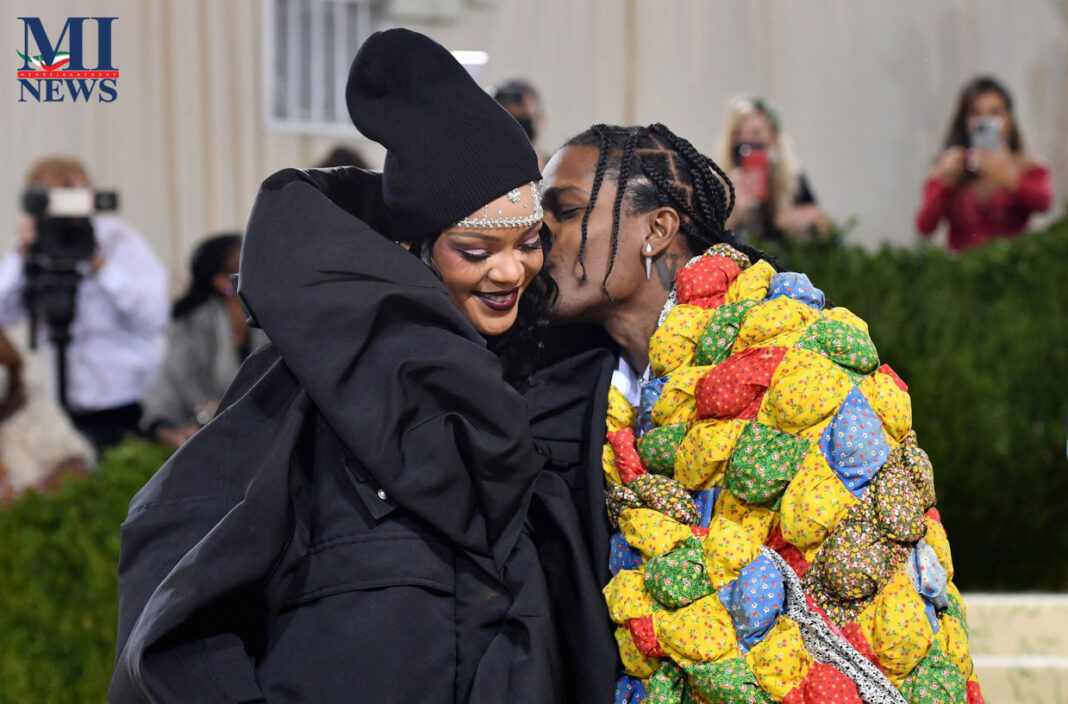 Rihanna and ASAP Rocky are reportedly expecting their first child together.

The news was first reported by TMZ and later confirmed by outlets including E! News, also a subsidiary of NBCUniversal. Publicists for the two declined to comment to NBC News.

Over the weekend, the couple was photographed in the snowy streets of New York City, where Rihanna revealed her baby bump underneath an unbuttoned, oversized pink jacket. The photos showed her growing bump adorned in a gold cross with colorful jewels. In one photo, A$SAP kisses her forehead as Rihanna shows a profile of her baby bump.

Photographer Miles Diggs, known as Diggzy, shared an image of the bump that he took to his Instagram, writing: “SHE IS !”

Forbes ranked Rihanna, 33, as one of the top billionaires last year, estimating that her fortune is about $1.7 billion. The musician, known for hits such as “Umbrella” and “Diamonds,” founded Fenty Beauty in 2017 with luxury goods giant LVMH, and also owns Fenty Skin and the lingerie line Fenty x Savage.

In a May 2021 interview with GQ, ASAP Rocky called Rihanna “the love of my life.”

“I think when you know, you know,” he told the publication. “She’s the One.”