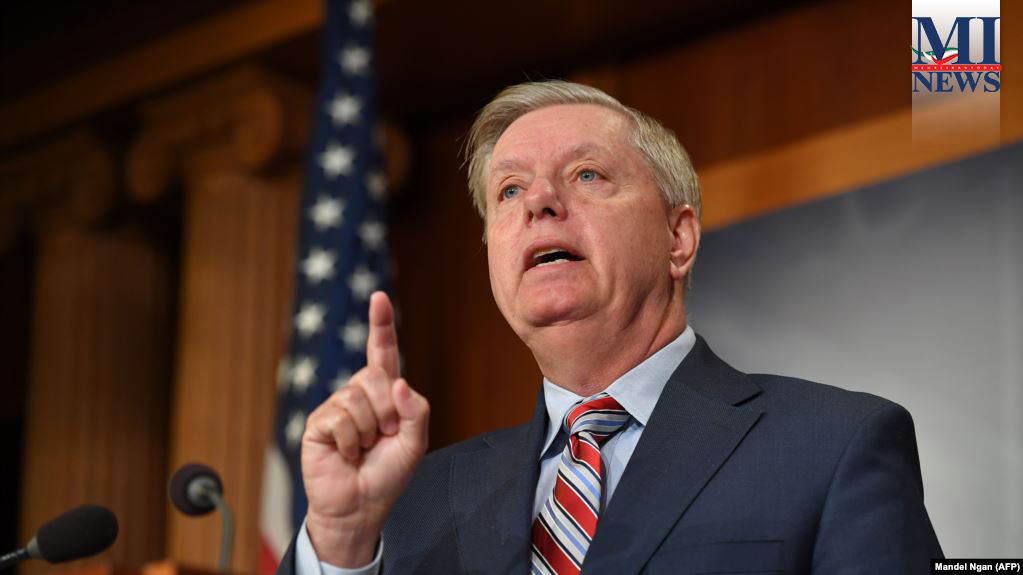 Leading republican Senator Lindsey Graham announced January 15 that he and several other Republican senators have introduced a resolution to express support for the “Iranian people who are demanding their freedom…”.

Senator Graham released a statement that his senate colleagues, Martha McSally (Arizona), James Lankford (Oklahoma), Marco Rubio (Florida), Joni Ernst (Iowa), Ted Cruz(Texas) and Mitt Romney (Utah) have joined forces to “lend the Senate’s voice to the noble and just cause of the Iranian people…and let the world know where we stand regarding the Iranian people’s desire to be free from the murderous regime of the Ayatollah”.

In a tweet the same day, Senator Graham said, “I hope every Senator will join the effort”.

For the past two years hundreds of thousands of Iranians have protested on various occasions demanding political and social freedoms as well as an end to corruption and the establishment of a secular government. The Islamic Republic government has used overwhelming force to crush the protests.

In widespread protests last November, hundreds of protesters were killed by security forces. Reuters estimated the number to be 1,500, while thousands have been arrested. The government has refused to issue any official information on those killed and detained.

Two weeks ago, Senator Graham backed President Donald Trump’s tough approach against Iran, when U.S. forces came under attack in Iraq and threatened Iran with retaliation against its oil infrastructure. Graham is considered to be Trump’s close ally.

US Demands ‘Evidence’ From Taliban On Cease-Fire Before Deal