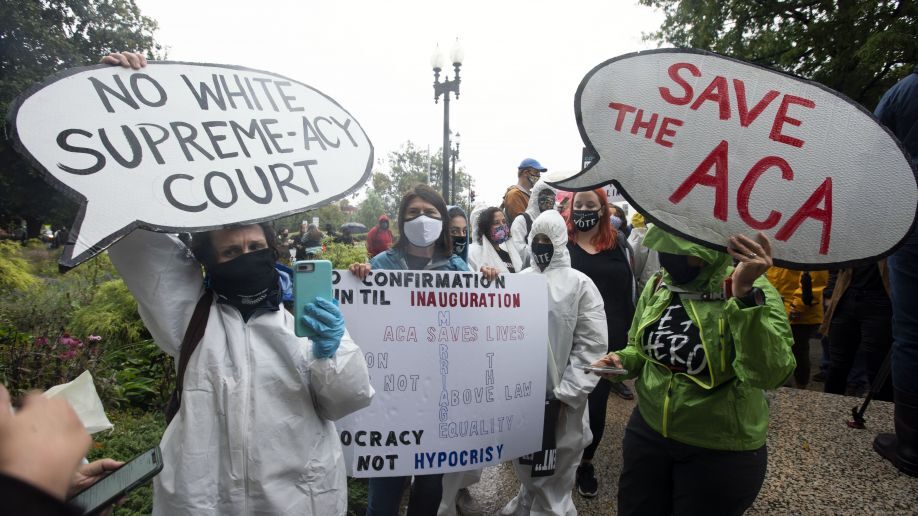 Spectators are not allowed inside the hearing room due to coronavirus precautions.

Photos show Barrett protesters gathering in the nation’s capital, waving signs and even dressing up as red-clad characters from “The Handmaid’s Tale.” Outlets, including ABC News, have associated the dystopian book-turned-television show with a Christian group that Barrett has belonged to.

Supporters of Barrett’s brandished “Confirm Amy” signs outside the hearing as well.

Demonstrators have gathered at the Supreme Court to demand Senate Republicans and the White House hold off on filling the seat held by the late Justice Ruth Bader Ginsburg, who passed away in September.

Questioning of Barrett will start in earnest Tuesday when Senate Democrats on the committee are expected to grill her on issues related to health care, abortion and gun rights.

Trump: Soleimani Was Planning to Blow Up US Embassy in Baghdad

Future of Brexit at Stake in Britain Election