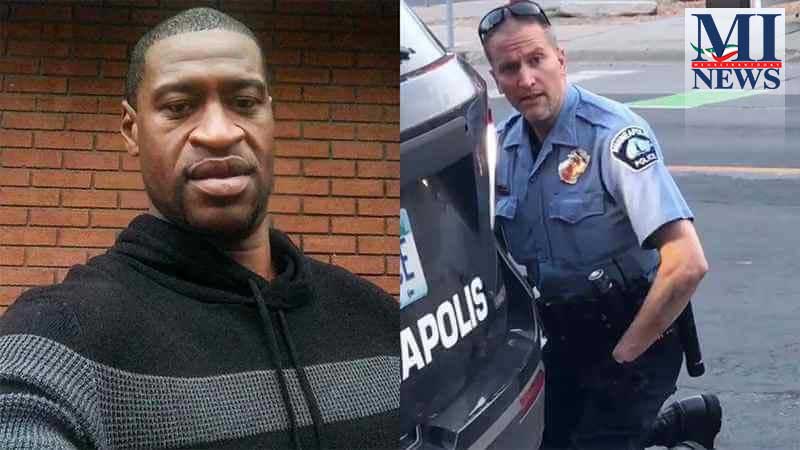 The former Minneapolis police officer shown on video putting his knee on the neck of George Floyd has been arrested, according to Minnesota Public Safety Commissioner John Harrington.

Derek Chauvin, who was fired on Monday along with three other officers involved in the detainment of Floyd, was taken into custody Friday and faces charges of 3rd-degree murder and manslaughter.

Video showed Chauvin kneeling on Floyd’s neck for around eight minutes on Monday night. The police department initially said Floyd “physically resisted” the officers and that he died after “suffering medical distress.”

The Minnesota Bureau of Criminal Apprehension and the FBI are both investigating Floyd’s death.

Chauvin’s arrest comes after three days of protests in the Twin Cities, with the unrest in some areas erupting into violence.

MInneapolis Mayor Jacob Frey had called this week for charges to be filed swiftly against the officer who pinned Floyd under his knee. “Why is the man who killed George Floyd not in jail?” Frey asked. “If you had done it or I had done it, we would be behind bars right now.”

Onlookers urged the officer to get off him.

“You’re stopping his breathing right now, you think that’s cool?” a man says. “His nose is bleeding. Look at his nose!” says a woman.

More people began to intervene and called one of the officers at the scene to check for a pulse. Chauvin remained on Floyd’s neck, even as he was apparently unresponsive, before paramedics arrived and Floyd is placed on a stretcher.

Medics worked on an unresponsive Floyd in an ambulance, but could not find a pulse after several checks and administering at least one shock to him, according to a report from the Minneapolis Fire Department.

Security footage obtained by NBC from a nearby restaurant showed some of the events leading up to Floyd’s arrest. The video captures two officers arriving at the scene around 8 p.m., removing Floyd from a car parked on the street, handcuffing and questioning him before eventually walking him across the street as another police car arrives.

Chauvin, a 19-year department veteran, was the subject of over a dozen prior police conduct complaints unrelated to Floyd that resulted in no disciplinary action and one that led to a “letter of reprimand” during his career. A longtime police training expert for the state of Minnesota told NBC News that a dozen complaints over a two-decade career would appear “a little bit higher than normal.”

The Police Officers Federation of Minneapolis said in a statement the day of the officers’ termination that it was not the time to rush to judgment and that the officers were fully cooperating with the investigation.

“We must review all video. We must wait for the medical examiner’s report,” the statement said. “Officers’ actions and training protocol will be carefully examined after the officers have provided their statements.”

Attempts to reach the officers and their attorneys have been unsuccessful.

Floyd’s death reinvigorated a widespread conversation on police brutality and protests around the country in addition to the Twin Cities.