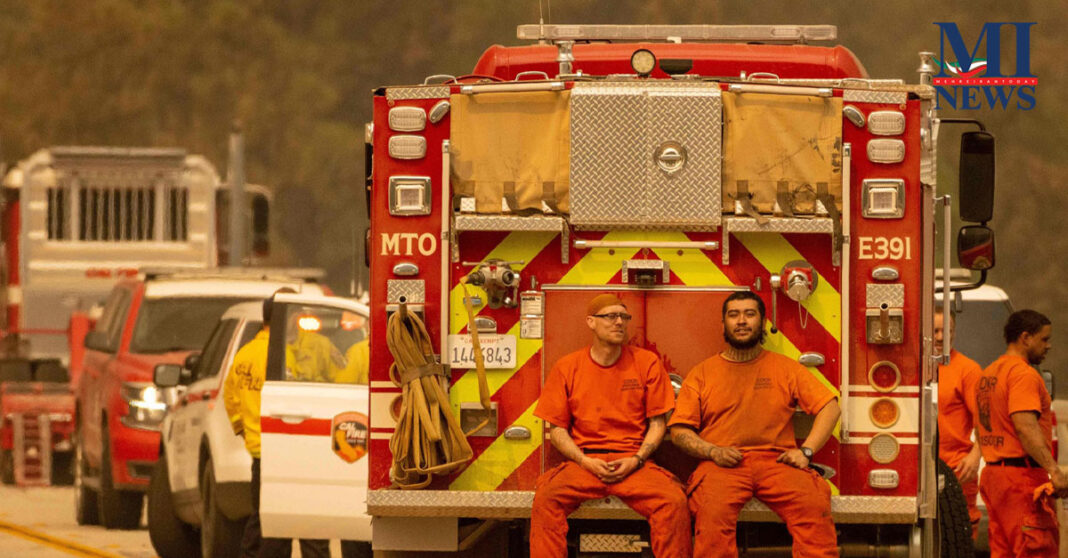 OAKLAND, Calif.—Among the thousands of firefighters battling the wildfires scorching the state are volunteer inmates who work alongside them in the smoke and heat.

Yet the men and women prisoners who throw themselves in danger to help save lives and property often find it impossible to put their firefighting skills to use after their release, even in a state desperate for such labor.

This decades-old system would undergo a significant change if Gov. Gavin Newsom signs a proposed bill, AB 2147, that would accelerate the process for expunging their records, making it easier for them to earn an emergency medical technician certification, the first step in becoming a professional firefighter in most cities and counties.

Former inmates have to disclose on applications for EMT programs and jobs whether they have been convicted of a felony. With the record eliminated, they could be considered as any other applicant. Some former inmates convicted of violent offenses, including arson, kidnapping, and rape would be barred from having their records expunged.

“I think that after seeing all these young men and women stand side by side with our other fire crews and knowing that they had no hope of entering that profession, I knew that it was wrong and that we needed to do something about it,” Assemblymember Eloise Reyes, the bill’s author, said.

She said she expects Newsom to sign the bill this month. It has received support from prisoners’ advocacy groups and at least one unlikely organization, the Los Angeles Lakers.

California has about 3,700 incarcerated people working in the inmate firefighting program, with about 2,600 qualified to work fire lines.

Some law enforcement groups, including the Peace Officers Research Association of California, say such a measure is unnecessary and even dangerous.

Association President Brian Marvel said in an emailed statement that his organization valued the labor provided by the inmates and supports a pathway for low-level offenders to use their skills and experience to become firefighters after their release.

“However, to allow people released from prison to have their records expunged immediately does not allow adequate time for formerly incarcerated individuals to fully reintegrate into society,” he said.

Activists complain the state’s reliance on incarcerated labor to fight wildfires is unfair because prisoners receive only $1 an hour while working on an active fire line. A professional firefighter just starting out can earn about $40,000 a year.

The activists say that having the former inmates work as regular firefighters in a state pummeled by increasingly frequent and severe wildfires outweighs any drawbacks.

“I am definitely pleased that the bill passed and I think that it is a great step in the right direction,” said Brandon Smith, executive director of the Forestry and Fire Recruitment Program, a nonprofit that helps former inmates who served as firefighters, like himself, to obtain professional, fire-related employment after their release from prison.

Smith said the proposed law would likely benefit first-time offenders, who are less likely to have other disqualifying circumstances, more than someone like himself, who has two separate felony convictions that would have to be expunged.

Still, his organization plans to prepare lawyers to file the relevant motions on behalf of felons who would qualify under the prospective law.

“I can’t wait to get back on the fire line,” he said, adding that his grandparents recently received an evacuation warning at their home in Altadena because of the Bobcat fire burning in the Angeles National Forest outside Los Angeles. “I want to be out there, I want to help the community.”

The district that Reyes represents in San Bernardino County, east of Los Angeles, is being ravaged by the El Dorado fire, and she said relief cannot come soon enough.

“We need more firefighters, and we need an opportunity for second chances,” she said. “We need to reward rehabilitation.”

IRS releases more info on how to get coronavirus stimulus checks...