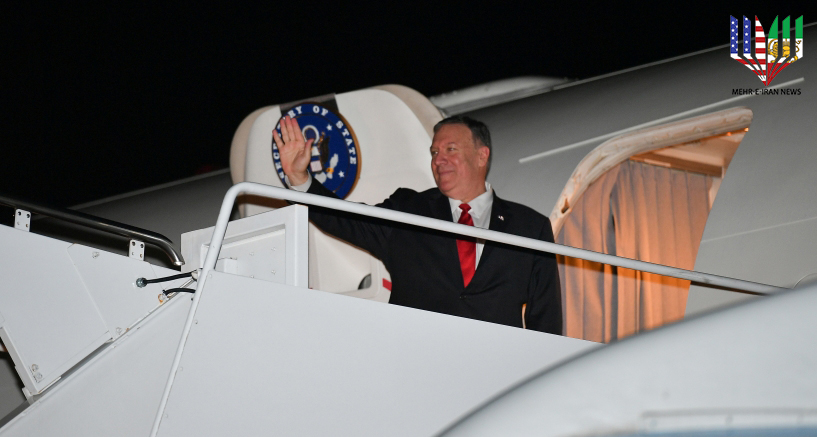 U.S. Secretary of State Mike Pompeo is traveling Wednesday to Jeddah to discuss with Saudi officials how to respond to the attack on Saudi Arabian oil facilities that U.S. officials say they believe originated from Iran.

Iran’s state-run IRNA news agency reported Wednesday that Iran sent a diplomatic note to the United States denying involvement and warning that if any actions are taken against Iran, it will respond immediately.

Iran-backed Houthi rebels in Yemen have claimed responsibility for Saturday’s attack, which knocked out half of Saudi Arabia’s oil production. But U.S. officials say the available evidence is showing that is not possible.

“Our working assumption is that this did not come from Yemen or Iraq,” a U.S. defense official told Tuesday, adding that a U.S. forensic team is on the ground working with the Saudis to examine the remnants of the missiles.

“We think that evidence will be compelling,” the official added.

Iranian President Hassan Rouhani said Wednesday that Yemenis carried out the attack as a “warning” to Saudi Arabia over its involvement leading a coalition fighting the Houthis.  Human rights groups have criticized Saudi-led airstrikes for devastating civilian areas and worsening what is one of the world’s worst humanitarian crises.

Rouhani said the Yemenis “did not hit hospitals, they did not hit schools or the Sanaa bazaar,” and that the Saudis should “learn the lesson from this warning.”

The Iranian president did not directly speak to allegations his government was responsible for the strikes, but said he does not want conflict in the region.

U.S. Chairman of the Joint Chiefs of Staff Joseph Dunford told reporters in London that Saturday’s attack looked different from those previously carried out by the Houthi rebels.

He said the United States does not have any overhead imagery of the attacks, and that it will let the Saudis make their own assessment of what happened.

Some unnamed U.S. officials who spoke to U.S. news organizations say the evidence that has already been collected is conclusive and points directly to Iran.

Officials told NBC News on Tuesday that more than 20 drones and missiles used in the attack on the Saudi oil facilities were launched from Iran.

Other officials told CBS News that at least one of the missiles flew through Kuwait’s air space as it headed south toward Saudi Arabia, while Reuters quoted officials as saying the attacks originated in southwestern Iran.

Meanwhile, Saudi energy minister, Prince Abdulaziz bin Salman, announced Tuesday that half of the production cut by the attacks has been restored and that the kingdom expects to be producing 11 million barrels a day by the end of September, compared to 9.6 million before the attacks.

Earlier, Saudi King Salman said his country is capable of defending itself against the “cowardly attacks” but called on the international community to “clearly confront” the perpetrators.

Other Saudi officials also reiterated Riyadh’s accusation that Iranian weapons were used in the attack, but offered no evidence of its claim.

Trump has offered mixed signals about a possible U.S. response to the attack on Saudi Arabia, a U.S. ally.

“I’m not looking to get into new conflict, but sometimes you have to,” he said. “That was a very large attack, and it could be met by an attack many, many times larger.”

“Certainly, it would look to most like it was Iran,” he concluded.

With U.S. officials focusing on Iran as the culprit, Iran’s supreme leader, Ayatollah Ali Khamenei, on Tuesday dismissed the possibility of negotiating with Washington over its nuclear program unless the U.S. returned to the 2015 international pact that restrained Iran’s nuclear weapons program in exchange for lifting economic sanctions against Iran.

In withdrawing the U.S. from the accord last year, Trump reimposed the sanctions, hobbling the Iranian economy. There had been suggestions in recent days that Trump could meet next week with Iranian President Hassan Rouhani when both are at the annual United Nations General Assembly.

“Iranian officials, at any level, will never talk to American officials,” Khamenei said, adding that Trump’s attempt to link Iran to the drone attacks was “part of their policy to put pressure on Iran.”

With the initial uncertainty about responsibility for the drone attacks, U.S. House Speaker Nancy Pelosi asked the Trump administration to brief all 435 members of the House of Representatives on its intelligence findings.

The attacks spiked world crude prices Monday by about 15%, but prices retreated by as much as 6% on Tuesday on reports that Saudi Aramco, the Saudi oil company whose facilities were attacked, could return its production to normal more quickly than first thought.

Ashley Peterson, an oil market analyst at Texas-based energy industry consulting company Stratas Advisors, told one reason oil prices have not risen further is that the latest reports on global crude stockpiles show the markets have been well supplied.

“Now there is an opportunity for [oil producers] Russia, the United Arab Emirates and the U.S. to step in and fill a little bit of this gap [resulting from the Saudi attacks],” she said. “Saudi Aramco, China, Japan and South Korea also have said they have stockpiles ready to go.”

Peterson said in the short term, the oil market is likely to be focused on uncertainty about geopolitical reactions to the attacks in Saudi Arabia.

“Geopolitical uncertainty is certainly nothing new in the Middle East,” said Michael Hewson, chief market analyst at CMC Markets UK, in a comment cited by the French news agency.