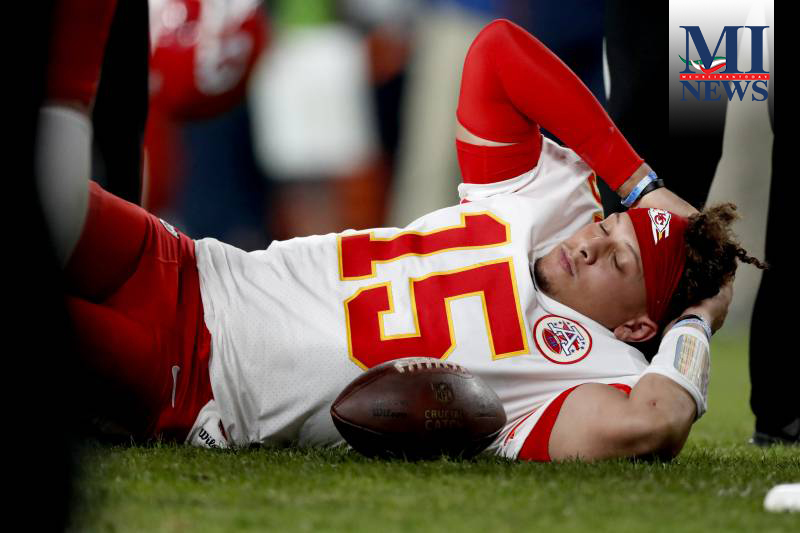 The AFC, and possibly the entire NFL, just turned into the wild, wild West with the game’s best gunslinger out of action.

Get all of the expletives out of your system now, because the NFL won’t be nearly as fun so long as Mahomes isn’t in the Chiefs lineup.

Mahomes is expected to miss at least the next three weeks per NFL Network’s Ian Rapoport.

Take a deep breath and look around, because the NFL landscape just changed.

First and most importantly, the extent of Mahomes’ injury has yet to be determined. NFL Network’s James Palmer reported the quarterback suffered a kneecap dislocation after he attempted a sneak and the mass of humanity in front of him came crashing down, particularly onto his right leg. Any damage beyond that point will be revealed via an MRI—which he’s expected to undergo Friday, according to the Kansas City Star‘s Herbie Teope.

The only thing anyone definitively knows is this: The Chiefs immediately ruled Mahomes out of the contest with a knee injury after he waived off the cart and hobbled to the locker room.

Whether Mahomes misses a short or extended period of time, his absence creates a void that resonates throughout the league. The AFC West division race, conference playoff race and even the MVP race changed because of Mahomes’ misfortune. 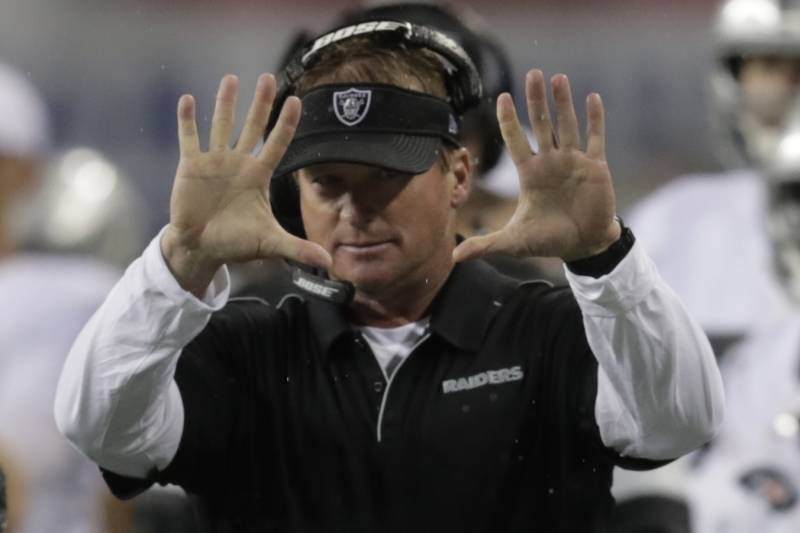 For weeks, the Chiefs and New England Patriots served as the AFC’s obvious favorites until Kansas City took a minor nosedive the previous two weeks thanks to numerous injuries, including a Mahomes ankle sprain. But Kansas City left Denver with a win and improved to 5-2.

Even so, the next-best squad behind the ever-fortunate Patriots is up in the air.

For the Chiefs, the schedule will be difficult to navigate with Matt Moore leading the way. They have difficult matchups with the Green Bay Packers and Minnesota Vikings up next. Contests with the Tennessee Titans and Los Angeles Chargers may be less of a challenge based on their recent play, but both teams made significant changes to their lineups in recent days. Tennessee switched quarterbacks—it will start Ryan Tannehill—and Chargers left tackle Russell Okung finally returned to practice after missing all of training camp, preseason and the first six games due to a pulmonary embolism he suffered in June.

Kansas City’s bye week comes after the aforementioned four-game stretch. Will it be too late at that point, especially if Mahomes misses significant time?

The 3-2 Oakland Raiders and the Patriots will await the Chiefs after their week off.

The Raiders may be the biggest beneficiary of Mahomes’ unfortunate luck. A win against the Packers on Sunday would have Jon Gruden and Co. nipping at the Chiefs’ heels. Imagine that after all of the dysfunction the organization endured this preseason. Once the Raiders get past the Packers, Houston Texans and Detroit Lions, a relatively easy run begins with the Chargers, Cincinnati Bengals, New York Jets and Chiefs, if Mahomes hasn’t returned.

The Chargers have far more to overcome after a disappointing 2-4 start. 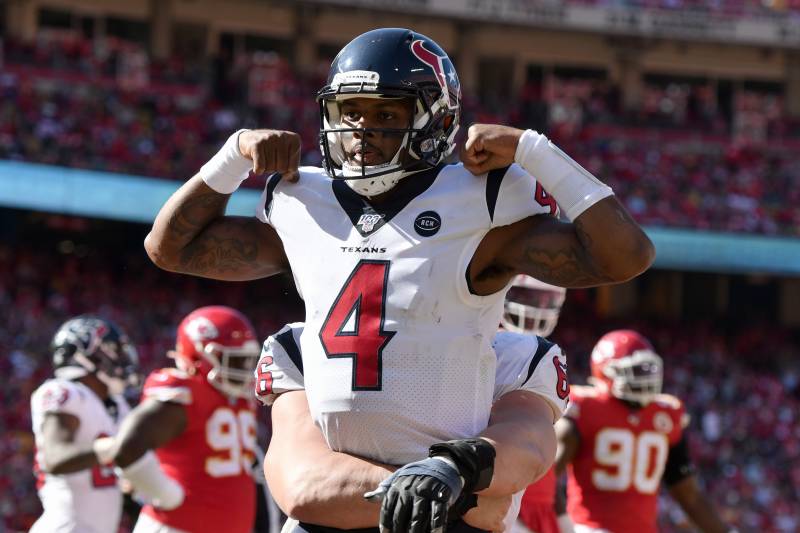 New England (6-0) stands at the top of the hill in search of quality competition. The high-flying Chiefs were supposed to fill that role with Mahomes. Instead, the void could be filled by a handful of different options.

The drop-off is severe when compared to the NFC—which features the Packers, New Orleans Saints, Seattle Seahawks and San Francisco 49ers with a combined 20-3 record.

The AFC North, meanwhile, isn’t nearly as strong as expected since the Cleveland Browns (2-4) continue to underperform and the Ben Roethlisberger-less Pittsburgh Steelers (2-4) must lean on their defense to remain competitive. The Baltimore Ravens (4-2) lead the division, but their defense isn’t top-notch. They go as Lamar Jackson goes.

The Buffalo Bills (4-1) have a great defense, but they rank 25th in scoring offense. Josh Allen continues to be a work in progress.

The AFC South is where a real contender could emerge. In back-to-back weeks, the Indianapolis Colts (3-2) and Houston Texans (4-2) toppled the Chiefs with a hobbled Mahomes.

Houston, in particular, seems to have found its groove. Bill O’Brien’s squad has always been talented, but it finally figured out how to protect Deshaun Watson, not allowing a sack over its last two contests.

The Colts are tough, too. Andrew Luck‘s retirement threw a monkey wrench into this year’s plans, but Indianapolis’ offensive line is the best in the business, the defense plays fundamentally sound football and Jacoby Brissett remains efficient. They can grind out victories.

A Mahomes-sized hole separates New England from the rest of the AFC.

Ripple effects could be felt throughout the NFC, particularly the North division, since Kansas City is still scheduled to face the Packers (5-1), Vikings (4-2) and Bears (3-2).

Right now, the NFC North doesn’t have a single losing team. The Chiefs were supposed to be a difficult battle for all four rivals. The Lions (2-2-1) already fell 34-30 to Kansas City.

The Packers and Vikings could benefit if Mahomes is absent the next two weeks, which could also help the NFC North finish with two or three playoff teams. 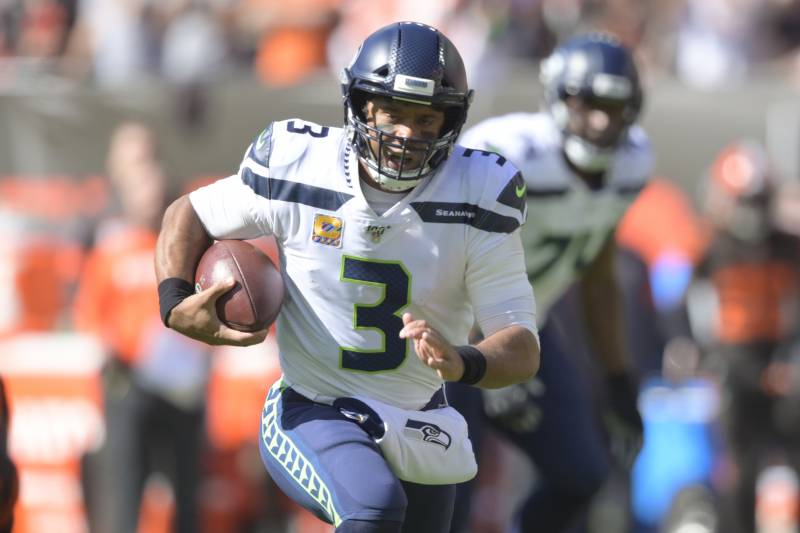 On an individual level, the MVP race isn’t as convoluted without Mahomes. The Seahawks’ Russell Wilson is the clear front-runner, but last year’s winner wasn’t too far behind. In fact, Mahomes entered Thursday’s action first in passing yards (2,104) as well as second in quarterback rating (111.9) and passing touchdowns (14).

Normally, the MVP is a quarterback award and probably still will be. Without Mahomes, Carolina Panthers running back Christian McCaffrey becomes a more realistic option, though.

One thing became a near-certainty after Thursday’s dramatic turnabout: Whoever does take home the hardware won’t throw 50 touchdowns and wreck the entire league as Mahomes did.

And that’s everyone’s loss. The only people semi-happy tonight are opposing defensive coordinators who can sleep a little easier.

Otherwise, Mahomes’ loss for any period of time makes the NFL a completely different product because the Chiefs won’t be elite until he returns. Hopefully, for the sake of the sport, Mahomes recovers quickly.

Cleveland Browns’ win over the Pittsburgh Steelers ends in a helmet...