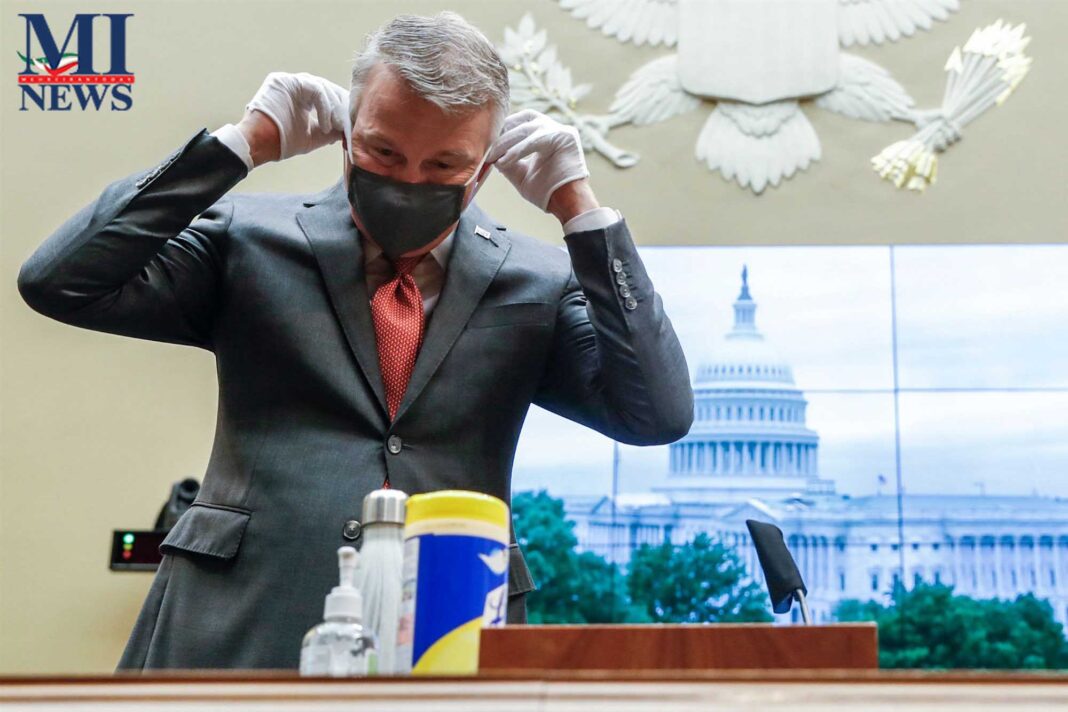 An ousted top Health and Human Services official testified Thursday before Congress that the Trump administration’s timeline for a coronavirus vaccine is likely too optimistic — and that there’s “no plan” to mass produce and distribute one.

Hopes for a vaccine to be ready in 12 to 18 months assume that “everything goes perfectly,” the official, Dr. Rick Bright, told the House Energy and Commerce subcommittee on health, adding, “We’ve never seen everything go perfectly.”

Bright also said he had warned the administration about shortages of personal protective equipment, and he faulted President Donald Trump and senior officials for having minimized the outbreak early on — with, he said, deadly consequences.

“I believe Americans need to be told the truth,” Bright said. “We did not forewarn people. We did not train people. We did not educate them on social distancing and wearing a mask as we should have in January and February. All those forewarnings, all those educational opportunities, for the American public could have had an impact in further slowing this outbreak and saving more lives.”

On developing a vaccine, Bright warned lawmakers that even if one could be ready, there’s no strategy for mass production.

“If you can imagine the scenario this fall or winter, maybe even early next spring, when the vaccine becomes available, there’s no one company that can produce enough for our country or for the world. It’s going to be limited supplies,” Bright said. “We need to have a strategy and plan in place now to make sure that we can not only fill that vaccine, make it, distribute it, but administer it in a fair and equitable plan.

“We do not have that yet, and it is a significant concern,” he said.

Trump told Fox Business on Thursday that “I think we will have a vaccine by the end of the year,” and he suggested that the military would help distribute it.

“Our military is being mobilized so at the end of the year we will give it to a lot of people very rapidly,” he said.

Bright testified that he raised red flags about the lack of N95 masks in the national stockpile in January — which helped lead to a shortage in protective equipment for health care workers. As a result, he said, “lives were endangered, and I believe lives were lost.”

“Not only that, we were forced to procure the supplies from other countries without the right quality standards, so even our doctors and nurses in the hospitals today are wearing N95-marked masks from other countries that are not providing the sufficient protection that a U.S.-standard N95 mask would provide them,” he said.

Bright also warned that the administration needs to develop a comprehensive, well-implemented national response plan heading into the fall. Without one, he said, the coronavirus outbreak could combine with the seasonal flu later this year to create “the darkest winter in modern history.”

“Our window of opportunity is closing,” Bright said in his opening remarks. “If we fail to develop a national coordinated response, based in science, I fear the pandemic will get far worse and be prolonged, causing unprecedented illness and fatalities.”

“Everything he’s complaining about was achieved. Everything he talked about was done,” Azar told reporters on the White House South Lawn. “Every single thing.”

Azar was with Trump, who said he’d watched some of Bright’s testimony. “He looks like an angry, disgruntled employee who, frankly, according to some people, didn’t do a very good job,” Trump said.

Bright, who until last month was deputy assistant secretary of health and human services for preparedness and response, as well as director of the Biomedical Advanced Research and Development Authority, alleges that he was shoved out of a key coronavirus response job for pushing back on “efforts to fund potentially dangerous drugs promoted by those with political connections.”

He has filed a whistleblower complaint against HHS seeking to stop his transfer to the National Institutes of Health and get his old job back.

The department said in a statement Thursday morning that it “strongly disagrees with the allegations and characterizations” in Bright’s complaint, which it claimed is filled with one-sided arguments and misinformation.

Trump dismissed Bright as a “disgruntled employee” on Twitter ahead of his testimony.

“I don’t know the so-called Whistleblower Rick Bright, never met him or even heard of him, but to me he is a disgruntled employee, not liked or respected by people I spoke to and who, with his attitude, should no longer be working for our government!” Trump tweeted Thursday morning.

Experts: China Could Be ‘New Road’ for North Korea if US...