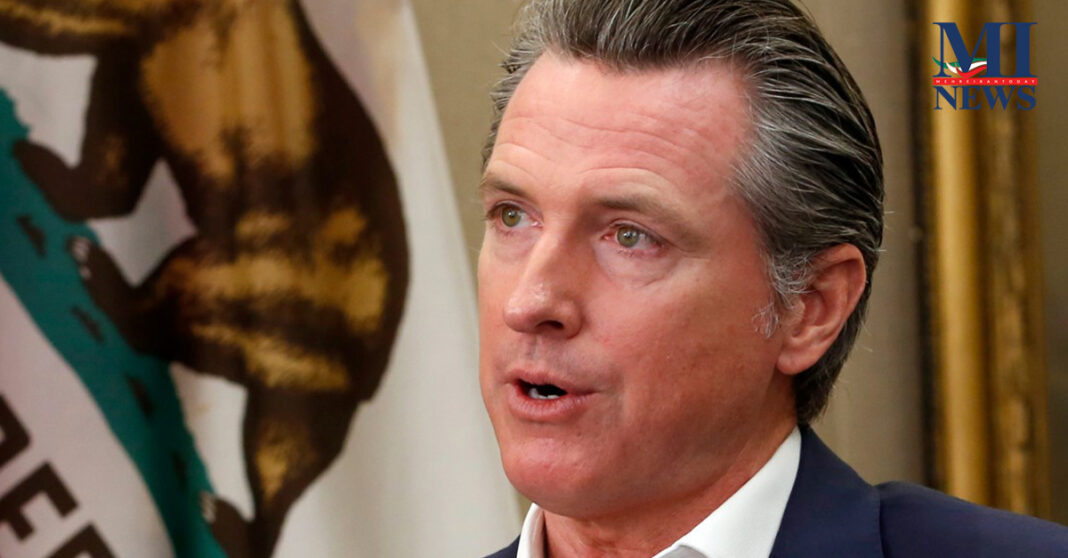 California Gov. Gavin Newsom is facing pressure from the increasing likelihood of a recall vote, as he makes public appearances across the state.

It comes as the RNC says it is investing $250,000 to support efforts by state Republicans to gather the roughly 1.5 million petition signatures required to call the recall election.

As the state has dealt with a surge in coronavirus cases and lockdown restrictions that impacted the vast majority of the population, Newsom has increased media access while showing his face all over the state to announce good news in the form of vaccination centers in Oakland, San Diego, Fresno and Santa Clara.

“It’s certainly smart for him, politically, to be doing more of these live events,” Democratic strategist Katie Merrill told Politico.

Newsom’s opponents need roughly 1.5 million signatures – 12% of the number of voters in the last gubernatorial election – by March 17 to make a recall vote a reality. Recall Gavin 2020, the main committee organizing the recall, say they have – as of Wednesday – collected more than 1.4 million and plan to collect 2 million to compensate for any invalidated signatures.

The threat of the recall is not the sole reason for Newsom’s uptick in public appearances, sources close to the governor told Politico. They claim that the lifting of stay-at-home orders has now made it possible for Newsom to meet with more members of the media and public officials.

The public appearances have not gone entirely smoothly, however, given the support for the recall effort. During a press conference in Fresno, a crowd could be heard chanting, “Recall Newsom.”

Newsom has been loath to engage in any discussions regarding the recall. In response to a question about the hecklers, the governor stuck with his message of addressing the pandemic.

“I don’t care if you’re Democrat or Republican. I care that you’re healthy and safe. And you can live your lives out loud without fear of a pandemic, and without fear of having to go back into the fits and starts this pandemic has impacted in terms of communities all across this state,” Newsom said.

Similarly, at an event promoting the opening of a vaccination center at Levi Stadium in Santa Clara, Newsom said he was “not focusing” on the recall and was “focusing on administration of vaccines.”

One of Newsom’s possible opponents, Republican John Cox, does not believe that the governor is not thinking about a potential election this year.

“Who does he think he’s kidding?” Cox told Politico. “People have had it with his arrogant attitude. It’s all about producing results – and he hasn’t.”

Cox, who lost to Newsom in 2018, kicked off a $1 million ad campaign on Monday, the Bee reported, which goes after both Newsom and another Republican challenger, former San Diego Mayor Kevin Faulconer.

While Newsom may not be officially campaigning just yet, he has received support from Democrats, including President Biden. White House press secretary Jen Psaki took to Twitter on Tuesday publicizing the president’s support.

“In addition to sharing a commitment to a range of issues with @GavinNewsom from addressing the climate crisis to getting the pandemic under control, @POTUS clearly opposes any effort to recall @GavinNewsom,” she said.

“When they have to call out the big guns like that it means they know they’re in trouble,” Dunsmore said. “That he had to get them to come out in a White House tweet to say that they don’t support the recall, is more evidence that they’re in trouble.”