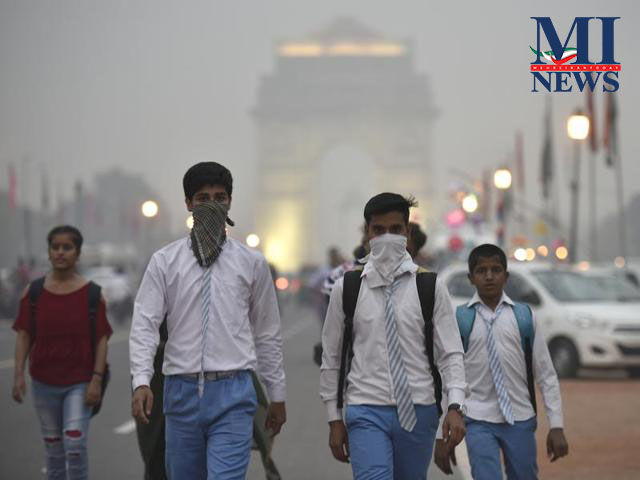 Residents of India’s capital are set to suffer record-levels of smog for at least a week, even as the local government puts in place emergency measures to try and tackle New Delhi’s heavily polluted air.

Flights were delayed and diverted from New Delhi’s international airport Sunday when pilots could not see through the thick smog, which was more than three times the “hazardous” level on the global air quality index (AQI).
On Monday, the AQI level remained above 800 in certain parts of the city, the worst levels seen in more than three years. The Indian Meteorological Department said that while some of the cooler weather which has been exacerbating the smog will improve in the coming days, it is difficult to say whether this will lead to a substantial reduction in pollution. 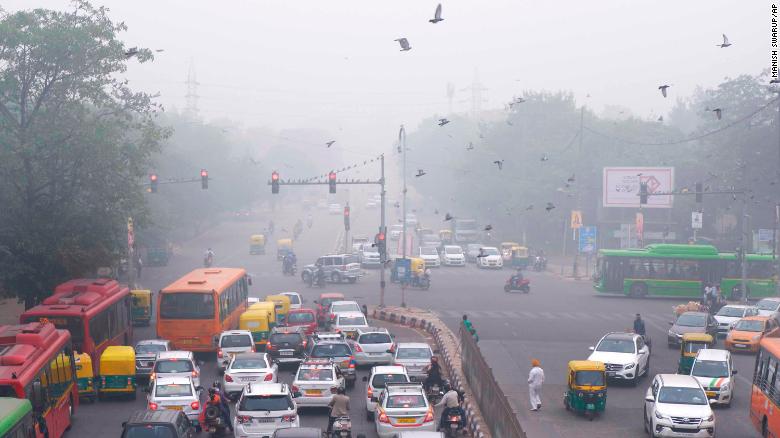 Vehicles wait at a traffic light amid heavy morning smog in New Delhi on Sunday, November 3.
A public health emergency has been declared in New Delhi, where authorities have halted work at construction sites and instituted new traffic controls limiting the number of cars on the road. Schools have been closed and most residents who can afford to are staying home, though working class Delhiites are left with little choice but to venture outside.
Measures taken in the capital itself are unlikely to have a major effect on the smog however, as much of it is being generated by crop burning in areas around New Delhi, where farmers light fires to get rid of leftover crops and “stubble.”
Previous efforts to crack down on this seasonal issue — for example, by providing farmers with subsidized equipment that would mean they do not have to burn leftover crops — have been unsuccessful. 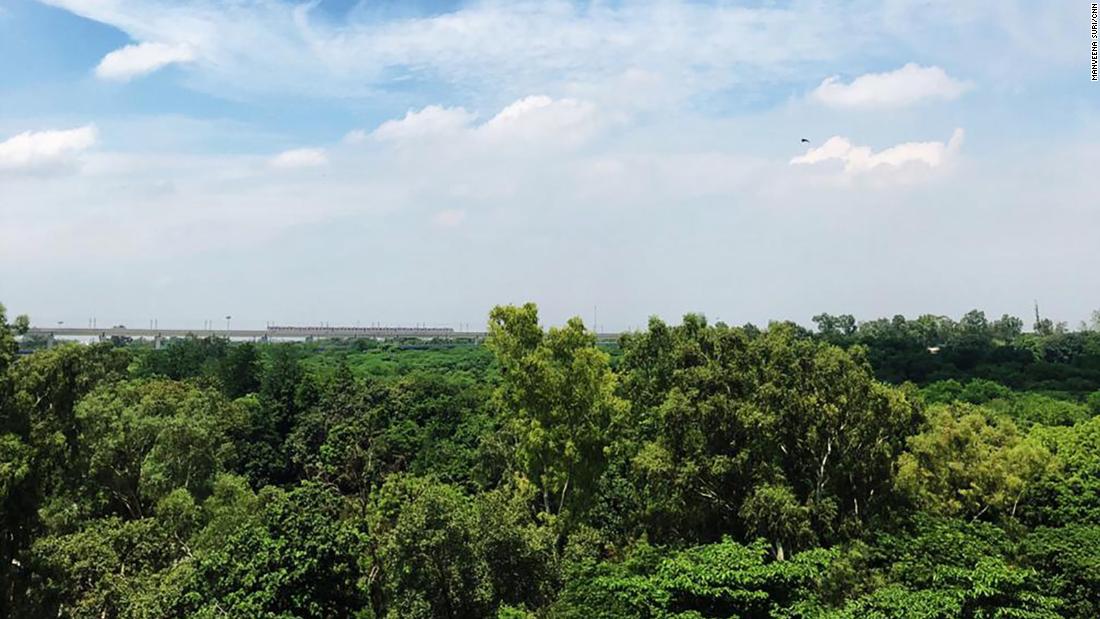 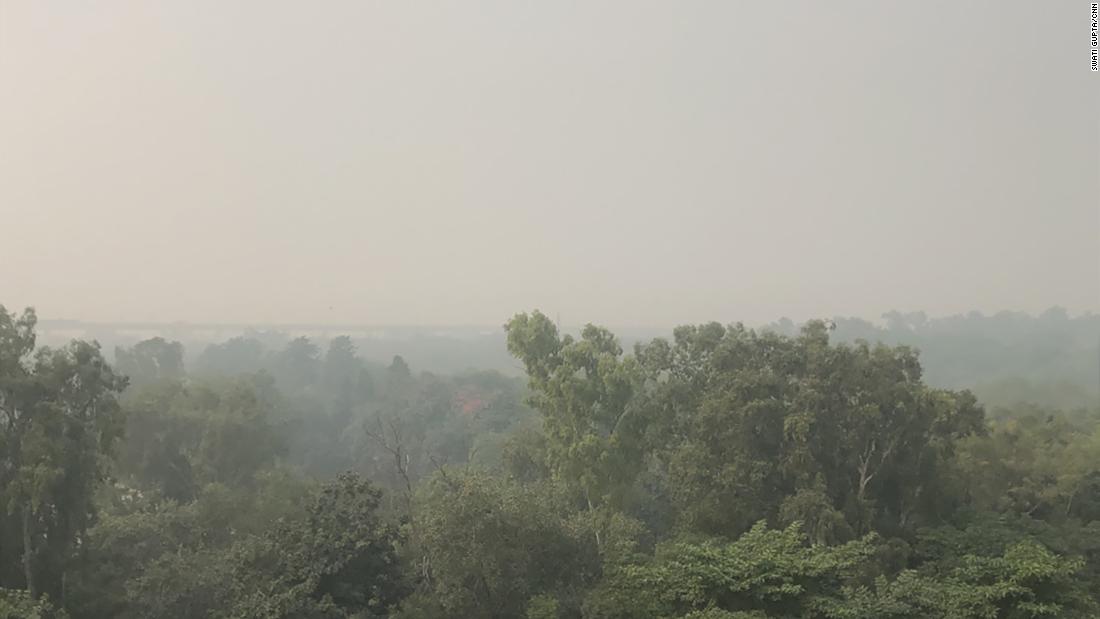 The view from CNN’s New Delhi bureau on August 8 and November 4, 2019. India’s capital has been choking on smog for days.

In a statement Monday, the Indian government said it had deployed around 300 teams to New Delhi and surrounding areas to enforce restrictions and go after farmers carrying out illegal burning.
Siddharth Singh, a resident of Noida, a satellite city of Delhi’s, said that “the air smelled like burning leaves.”
“Life in the smog is very strange,” he told CNN. “Many people have a persistent dry cough and itchy eyes. Everything is hazy, so the eyes don’t focus on objects in the distance. Everything looks morose.”

New Delhi has in the past been ranked the most polluted city in the world, a label that has frustrated local officials, who have seen efforts to tackle smog undone by neighboring states.
Last week, Delhi Chief Minister Arvind Kejriwal said the city had been “turned into a gas chamber due to smoke from crop burning.” Kejriwal singled out the governments of Punjab and Haryana states, which he said contributed to New Delhi’s pollution as farmers in those areas ignored bans on burning leftover crops in their fields. 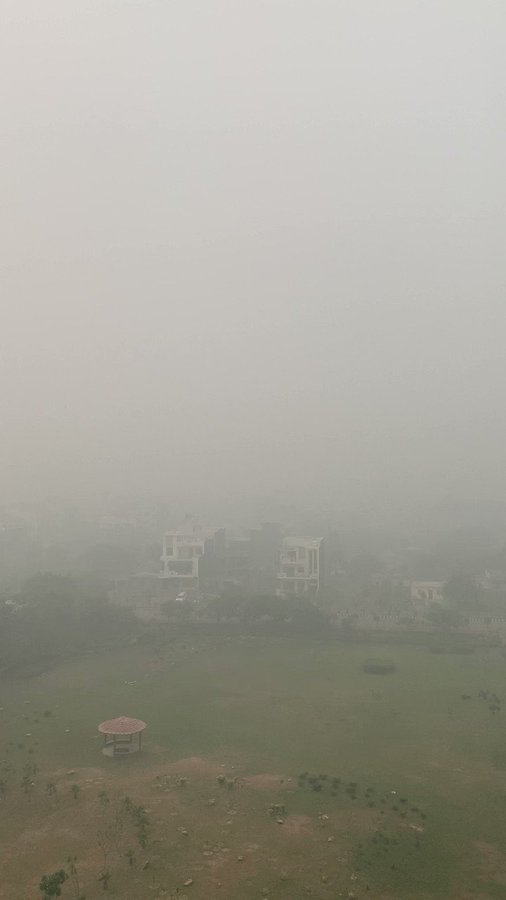 The fires are only part of the problem, however. New Delhi’s smog typically worsens at this time of year as residents set off firecrackers to celebrate Diwali, the Hindu festival of lights.
India’s capital also has a major issue with traffic pollution and, even before the latest drop in air quality, had announced plans to implement an odd-even car rule this month for the first time since 2016, taking more than 4 million cars off the roads each day. Anyone who breaks the rules faces a fine of 4,000 rupees ($56).

When the air quality worsens to the levels seen in New Delhi, smog becomes visible and the thick haze irritates eyes and throats, bypassing all but the best face masks.
This can have deadly effects. According to the World Health Organization (WHO), up to 4.2 million people die every year as a result of exposure to air pollution, and smog has been linked to higher rates of stroke, heart attack, diabetes, lung cancer and chronic lung disease. 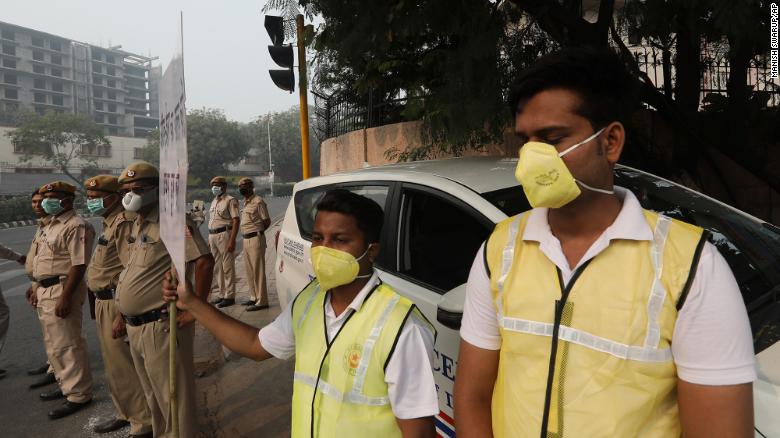 Volunteers and police wearing pollution masks instruct drivers to obey odd and even day rules to help reduce traffic emmisions and smog in New Delhi on Monday, November 4.
Even when cities meet air quality guidelines — which New Delhi manifestly does not — pollution can still pose a hazard to public health, a study found in August. Long-term exposure to polluted air has been compared to smoking a pack of cigarettes a day, and children who grow up in a smoggy environment can face serious developmental and other health problems.
New Delhi is not the only Indian city struggling with smog. The country is home to 22 of the top 30 most polluted cities, according to a recent study by Greenpeace and AirVisual. That study did have something of a bright side, however: Chinese cities that have previously dominated the top ranks have seen a marked improvement after the government instituted measures to tackle smog.
Original Source

January 21, 2021
Facebook’s independent oversight board said Thursday that it had accepted the company’s request to review its decision to suspend the accounts of former President...

January 21, 2021
When a hospital chain in South Florida announced this month that it had 12,000 open appointments for Covid-19 vaccinations, Anari Patel jumped at the chance. With...

January 21, 2021
President Joe Biden will sign 10 executive orders on Thursday to fight the coronavirus pandemic, including directing that disaster funds be used to help...
0FansLike
0FollowersFollow