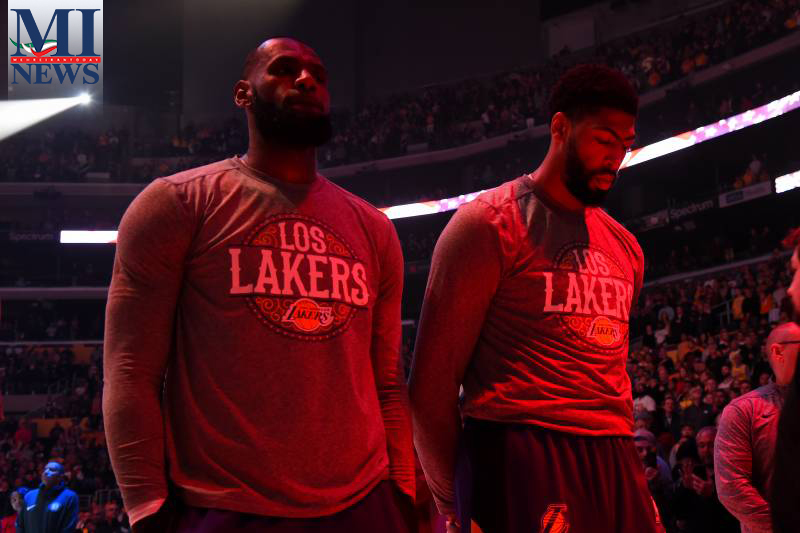 What the physical toll from the coronavirus will be for members of the NBA community remains unclear. The same goes for the fiscal toll after the league suspended play Wednesday night once Utah Jazz center Rudy Gobert became the first player to test positive for the virus.

But the financial impact is certain to last, perhaps even longer than the physical threat, and it filters from the game’s best-paid stars to its anonymous MVPs working in arenas each night.

Though operating with a much wider financial safety net than most who work in and around the NBA, players not only stand to see their paychecks stop arriving now that the season is suspended, but they may also face a scenario in which they would have to pay back salary already received—and potentially massive amounts of it.

The seven-year collective bargaining agreement struck between the league and the players union in 2016 states that the league can reduce every player’s salary by 1.08 percent for every canceled game. That means, potentially, if the Lakers-Rockets game originally scheduled for Thursday night is ruled a cancelation and not just a postponement, LeBron James may have to forfeit $404,286 of his four-year, $154-million contract signed before last season.

While James might lose a significant paycheck for every canceled game, he has other revenue streams to ease the impact. But then there are players at the other end of the spectrum such as the Warriors’ 25-year-old Mychal Mulder, who just signed a deal for the final 18 games of the 2019-20 season.

Terms were not released, but if it was a minimum deal for someone with no prior NBA experience, Mulder stood to make $9,700 per game, a nice step up for someone who previously played in the NBA G League, where the base salary is $7,000 per month. There is a chance Mulder never makes that much money per game again.

Hanging over every player, however, is the possibility they may not get their full salary, even if the games resume. A CBA provision holds 10 percent of every player salary in escrow; if player salaries and benefits exceed their agreed-upon share of basketball-related income, that 10 percent (or whatever percentage covers the difference) is retained by the owners. 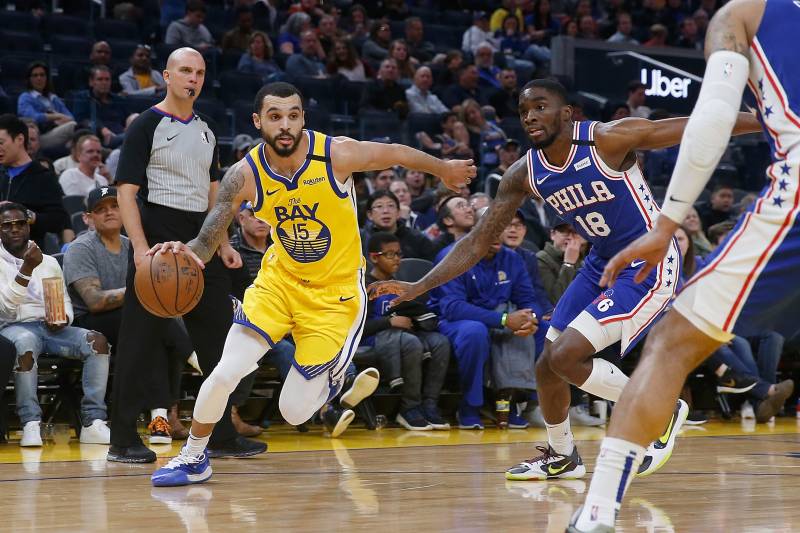 After signing a deal to finish out the regular season with the Warriors, Mychal Mulder may see little of the $9,700 per game he was due to receive after the league decided to suspend games indefinitely.Lachlan Cunningham/Getty Images

That will help some owners more than others. The disparity in resources between small-market and big-market teams could be exacerbated by the virus’ impact in much the same way the Mulders are more adversely affected than the LeBrons. Smaller payroll means a smaller 10 percent retained from player salaries. Small-market teams also have generally made a point of staying away from the league’s luxury tax, which is paid by teams that exceed the salary cap and distributed to those who don’t.

But what happens if the salary cap plummets, not only depriving teams of their cut from the luxury tax but also forcing them to pay it instead?

For now, the league is listing games as postponed rather than canceled, but if the season’s resumption pushes into July or August and reduces or eliminates the NBA Summer League in Las Vegas, that will cost the players, too—particularly the non-superstar players. Aside from the summer league pay that fringe players earn for participating, overall summer league revenue is included in basketball-related income (BRI), which determines how much is annually allotted for player salaries. Concession sales, merchandise and parking are part of BRI, as well.

It is impossible to calculate exactly how much the salary cap could be reduced without knowing if games will be postponed or canceled, but a drop of $10 million to $15 million is not outside the realm of possibility. The minimum teams were required to spend on player payroll, a projection of $98 million, could suddenly become the maximum, bringing down the current projected luxury-tax threshold of $132 million with it. Teams such as the Charlotte Hornets and New Orleans Pelicans, who have never paid the luxury tax, could suddenly find themselves facing hefty and unexpected bills.

The prospect of a reduced salary cap might resonate for years.

Someone such as the Lakers’ Anthony Davis might choose not to opt out of his deal this summer and wait until the salary cap is robust again to become a free agent since top-dollar or super-maximum contracts are based on a percentage of the overall salary cap. But delaying his entry into the free-agent pool only means it will be more crowded when he does. A superstar such as Davis is sure to get a maximum offer from some team, but if doing so eats up all of a team’s cap room, the middle-tier players who might’ve been able to negotiate something beyond a minimum contract will be harder pressed to find a team with the cap room to do so.

The biggest pinch in the next few weeks (months?), though, is likely to be felt by those least equipped to combat it.

Start with the employees who serve as parking and gate attendants, ushers, concession-booth operators, security guards and clean-up crew members. The hiring varies among teams, but roughly 1,000-2,000 people are employed to fill those roles for each team. Most are paid minimum wage on an hourly basis. Philadelphia-based Aramark Corporation, which provides employees and food service for entertainment facilities in 19 countries, including nine NBA arenas, did not respond to a request for comment, but its stock has plummeted since the virus outbreak.

Then there are the service positions for restaurants, parking and other amenities surrounding NBA arenas that depend on fans coming from and going to games for business.

Dallas Mavericks governor Mark Cuban acknowledged Wednesday night that he is already formulating a plan to compensate the lower-rung employees at the Mavs’ home, the American Airlines Center.

“I reached out to the folks at the arena and our folks at the Mavs to find out what it would cost to financially support people who aren’t going to be able to come to work,” he said in a postgame press conference Wednesday night. “They get paid by the hour, and this is their source of income. We’ll do some things there. We may ask them to go do some volunteer work in exchange, but we’ve already started the process of having a program in place. I don’t have any details to give, but it’s certainly something that’s important to me.”

Cuban wasn’t alone in pledging to help arena workers. The Cavaliers (and, separately, Kevin Love) as well as the Hawks said they would continue paying their hourly workers. And Nets governor Joe Tsai tweeted his team was “working on a plan.”

Employees on the team payroll will be affected, as well, however. Those in ticket sales often operate on commission, which means they’re paid based on the number of tickets they sell; no games, no tickets sold, no commission. Scouts and those in other ancillary positions generally have contract clauses that reduce their pay by as much as 50 percent if there is a work stoppage.

But if there’s one group that is least threatened, it’s NBA owners, thanks to clauses in the CBA that protect them from such unforeseen events as a potentially season-ending epidemic. Not only are they not required to pay the players if games are canceled, but they can also tear up the agreement completely after giving the players’ union a 60-day notice. One general manager speculated that the owners may also have insurance policies or a collective “slush fund” to compensate their losses in the short term.

“The owners are going to be OK,” the general manager said. “They always are.”

Steph Curry makes long-awaited return from injury in rematch of 2019...

NBA to invest millions of dollars in new African league