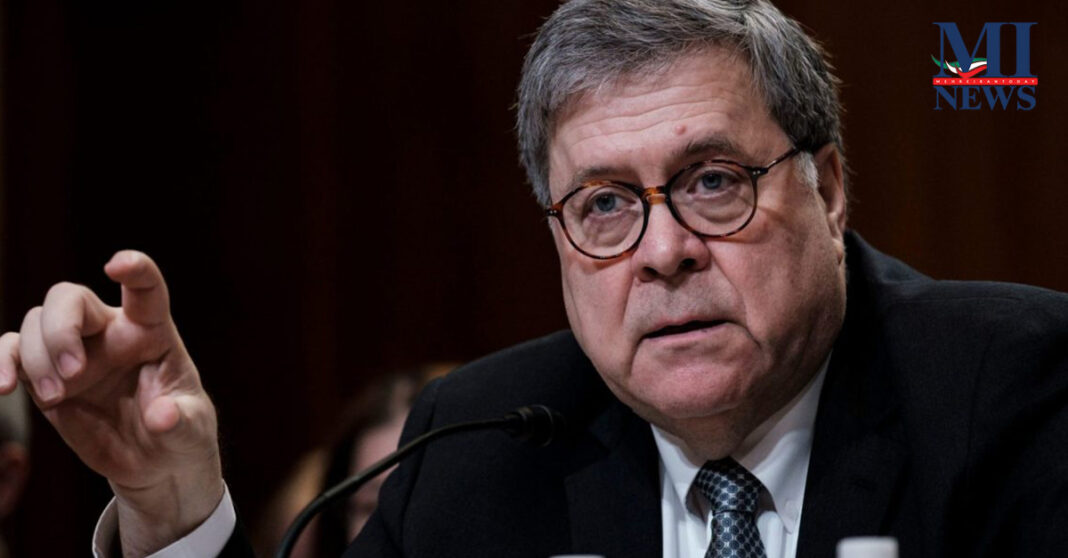 At least 217 people have been charged with a federal crime, and more than 1,000 arrests have been made in major metropolitan cities since the Department of Justice launched Operation Legend in July, U.S. Attorney General William Barr announced on Wednesday.

Nearly 400 firearms have been seized by the Bureau of Alcohol, Tobacco, Firearms and Explosives.

It was named in honor of 4-year-old LeGend Taliferro, who was shot and killed while he slept in the early morning of June 29 in Kansas City, Mo. Last week, a Jackson County prosecutor announced second-degree murder charges against his suspected killer, 22-year-old Ryson Ellis, who was being held in Tulsa County Jail.

“LeGend is a symbol of the many hundreds of innocent lives that have been taken in the recent upsurge of crime in many of our urban areas,” Barr said at a press conference in Kansas City. “His life mattered and the lives of all of those victims matter. His name should be remembered and his senseless death, like those of all the other innocent victims in this recent surge, should be unacceptable to all Americans.”

Barr said the federal government has dispatched to nine U.S. cities more than 1,000 additional agents from the FBI, ATF, Drug Enforcement Administration and U.S. Marshals Service to work shoulder to shoulder with state and local partners on homicide and assault squads to crack cases.

“We saw one result of those efforts last week when Kansas City Police arrested the suspected murderer of LeGend,” Barr said. “This arrest will not bring LeGend back but it will make his case an example of how we can come together to take violent criminals off the street and to make our communities safer.”The spike in violent crime, according to Barr, may have a lot of reasons, including the “pent up aggression prompted by state and local quarantine orders,” the premature release of dangerous criminals by the courts and prosecutors, and the efforts “to demonize police and defund their work.”

“Operation Legend is the heart of the federal government’s response to this upturn in violent crime. Its mission is to save lives, solve crimes and take violent offenders off the streets before they can claim more victims,” Barr said. “Rather than demonizing and defunding our police, we are supporting and strengthening our law enforcement partners at the state and local level.

First launched in Kansas City, Operation Legend expanded to Chicago and Albuquerque on July 22, to Cleveland, Detroit and Milwaukee on July 29, to St. Louis and Memphis on Aug. 6, and to Indianapolis on Aug. 14.

The latest figures on charges and arrests do not include Indianapolis, whose operation was first announced last Friday. The arrests of more than 1,000 people include those charged in state and local courts.

The charges include illegal possession of a firearm, possession with intent to distribute controlled substances or narcotics, drug trafficking, theft, carjacking, bank robbery, illegal re-entry of an alien in connection with a widespread drug conspiracy, and making false statements to licensed firearm dealers.

January 15, 2021
Kyrie Irving is facing another fine from the NBA—this time for breaching the league’s COVID-19 protocols. Byron Spruell, NBA president of league operations, announced on Friday that Irving...

January 11, 2021
Despite ample warnings about pro-Trump demonstrations in Washington, U.S. Capitol Police did not bolster staffing on Wednesday and made no preparations for the possibility...
0FansLike
0FollowersFollow

Pentagon Says 34 US Troops Diagnosed with Traumatic Brain Injuries After...

Politics Trump Doubles Down on Attacks on Baltimore, Congressman Cummings