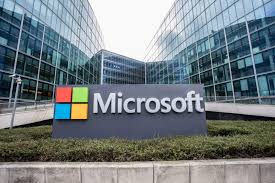 Microsoft is said to be developing a Surface-branded pair of wireless earbuds. According toThurrott, the earbuds will likely include Cortana integration and noise cancellation, and it’s possible (but “not guaranteed”) that they’ll come out by the end of the year.

The Surface-branded earbuds would be meant to take on Apple’s AirPods in the growing wireless earbuds space. So far, Apple is the only company to have struck the right balance between size, price, sound, and reliability. Other companies, like Jabra and Bose, have offered compelling alternatives to the AirPods, but nothing that’s been quite as simple to useas Apple’s option.

Microsoft started selling its first Surface-branded audio gear, the wireless Surface Headphones, late last year. They had a clever control scheme and good wireless performance, but they were also expensive and didn’t excel when it came to sound quality.

Judging by what I see on the subway, there’s a much bigger market for wireless earbuds than over-ear wireless headphones, so it’d be a logical place for Microsoft to go next. It apparently isn’t the only major tech company eying this market, either — early this month, it was reported that Amazon is also working on a pair of wireless earbuds designed to compete with the AirPods.

June 24, 2022
The brutal killing of a young woman in broad daylight on an Egyptian street has shocked the Arab world, bringing the country's gender-based violence crisis into...

June 24, 2022
WASHINGTON — The Supreme Court on Friday overturned the landmark Roe v. Wade ruling that guaranteed a constitutional right to abortion, a momentous break from a...

June 24, 2022
Ukrainian forces will retreat from a key eastern city after weeks of bombardment and battles with invading Russian forces, a local official said Friday. The regional governor, Serhiy...