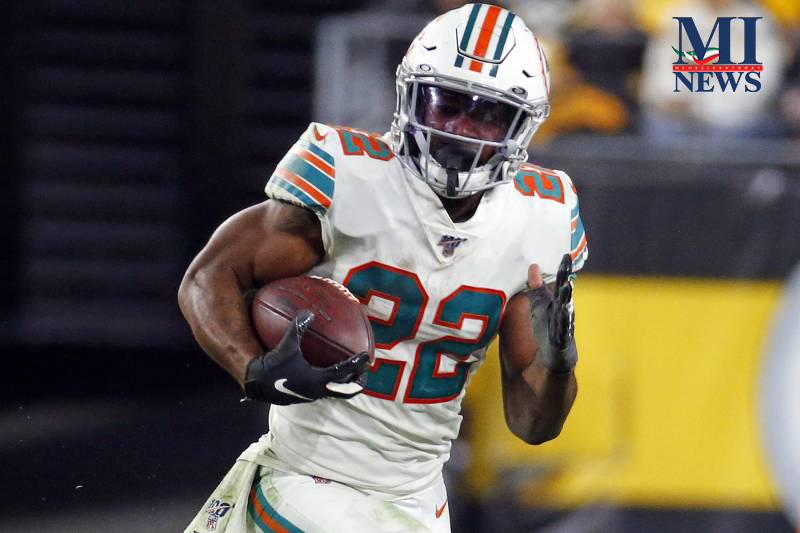 The Miami Dolphins announced Tuesday they waived running back Mark Walton after learning he was involved in a “police matter.”

ESPN’s Cameron Wolfe reported the release came after Walton was charged with aggravated battery of a pregnant woman. Walton, 22, has been accused of “pushing [the woman] into a wall and punching her several times in her face and head.”

The woman is five weeks pregnant, and Walton is the father, per Wolfe.

“We were made aware of a police matter earlier this morning regarding Mark Walton,” Dolphins general manager Chris Grier said. “We hold our players to a high standard and take these matters very seriously. We will have no further comment at this time.”

Walton received a four-game suspension in early November for a violation of the NFL‘s conduct and substance abuse policies related to three offseason arrests.

He released a statement through his agent after receiving the suspension:

“As most of you know, I was involved in some incidents this offseason that I am now receiving a 4-game suspension for. I want to apologize to the Miami Dolphins, the fans, my friends and family and I take full responsibility for my actions. I want to thank the Dolphins for giving me this opportunity and will make the most of this chance as a person and player when I return.”

Walton was waived by the Bengals in April after his third arrest and signed by the Dolphins in May.