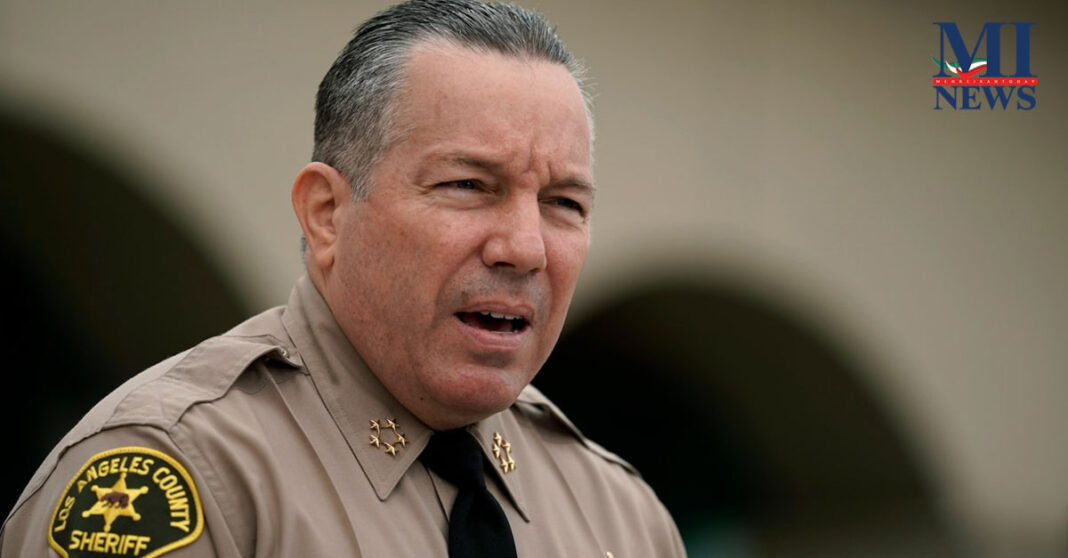 Los Angeles County Sheriff Alex Villanueva said Wednesday that investigators have “followed multiple leads” and are making progress in the search for a gunman who wounded two deputies last weekend in an ambush attack.

“Our detectives are confident they’re on the right path,” Villanueva told Bill Hemmer on “Bill Hemmer Reports.” “We’re just piecing the whole story together and I think we’re off to the right path and we’ll have a resolution to this hopefully in the near future.”

As of Wednesday, no suspects have been publically identified in connection to the Sept. 12 shooting in Compton. The brazen nature of the attack rocked an embattled sheriff’s department and elicited calls and donations from across the country to capture everyone involved.

A GoFundMe set up by a sheriff’s detective has raised more than $550,000 to help the wounded deputies — identified as a 31-year-old woman and 24-year-old man. Separately, more than $300,000 in reward money — a mix of public funds and private donations — is being put up.

“They have a long road to recovery,” he said. “The damage was pretty significant.”

The random and brazen nature of the crime has made it difficult for authorities to zero in on a suspect, he said.

“There was no interaction. No confrontation conflict whatsoever. It really left us relying on physical evidence, video surveillance and then from the rewards that have been offered.”

Speaking with Hemmer, Villanueva said he had not heard back from James but that “other people stepped in where he didn’t.”

Many critics saw the challenge as disingenuous as Villanueva has previously spoken of trusting the criminal justice system amid a national reckoning over race and policing.

In response to calling out James, Vanessa Bryant posted a series of photos on her Instagram story Tuesday with screenshots and articles blasting Villanueva and the sheriff’s department over leaked photos of the helicopter crash that killed her husband, Kobe Bryant, her daughter Gianna, and seven others in January.

She also shared an article from The Hollywood Reporter that said the union that represents LASD deputies is suing Villanueva to keep an internal investigation into the distribution of the photos private.

Bryant is suing the sheriff’s department over the leaked photos.

Fighting Intensifies in Nagorno-Karabakh, Turkey Testing Both Russia and US

American Airlines to suspend flights to 15 U.S. cities despite billion-dollar...