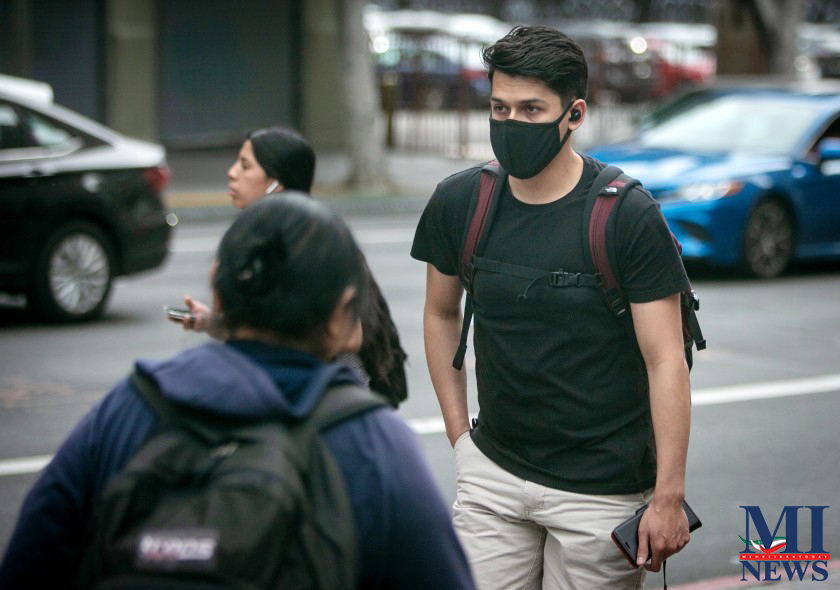 Los Angeles County on Wednesday declared a health emergency as the number of coronavirus cases increased to seven, with six new cases in the county.

None of the new cases are connected to “community spread,” officials said. All individuals were exposed to COVID-19 through close contacts.

The additional cases were confirmed Tuesday night. Officials said three of the new cases were travelers who had visited northern Italy, two were family members who had close contact with someone outside of the county who was infected, and one had a job that put them in contact with travelers.

One person has been hospitalized, and the others are isolated at home.

Additionally, the cities of Pasadena and Long Beach are declaring public health emergencies related to the novel coronavirus. There are currently no confirmed cases of the virus in either city.

The county’s move comes as the government has increased testing, which officials have warned will result in the identification of a significant number of new cases.

L.A. joins a growing number of California jurisdictions to take health-emergency action, which is designed to better marshal resources from across government agencies and give the fight against the virus more focus.

“I want to reiterate this is not a response rooted in panic,” L.A. County Supervisor Kathryn Barger said at a news briefing. “We need every tool at our disposal.”

The intent was to come together to attach one singular emotion to the design and experience of this car.

Supervisor Hilda Solis acknowledged the ongoing spread of misinformation about the virus and xenophobia toward Asian communities.

“There’s been too much misinformation spreading around,” Solis said. “As we expected, it’s cultivating fears and leading to racial profiling.”

Los Angeles County will increase its capacity for testing of the virus at its local public health laboratory. Officials will begin daily radio briefings for the public, post new guidelines for schools and colleges, and over the next week will send “technical assistance teams” to make site visits to temporary housing facilities including homeless shelters.

Officials urged the public to frequently wash their hands, opt for verbal salutations in place of hugs and handshakes and try to maintain a distance of 6 feet from strangers.

“We have to be prepared. We have to protect the well-being of our loved ones and our neighbors,” Los Angeles Mayor Eric Garcetti said.

Officials said they had tested more than two dozen people for COVID-19 before these recent test results came back positive, and reiterated that there had been no sign of community spread in the county.

“I want to reassure everyone — we are not there today,” L.A. County Department of Public Health Director Barbara Ferrer said.

Marin County health officials on Tuesday declared a local health emergency despite there being no cases of coronavirus reported among county residents. San Francisco, which has no reported cases, and Orange County, which has three cases, declared health emergencies last week.

The move comes amid more sobering news about the spread of the virus in the United States, including nine deaths in Washington state, a new quarantine in the suburbs of New York City and a warning that more cases are on the horizon.

“I want them to be prepared for the reality that they, there are going to be more cases in the community,” said Robert Redfield, director of the Centers for Disease Control and Prevention. “But I want them to continue their daily lives. I want them to be mindful of the opportunity again to prepare themselves and their families.”

The World Health Organization announced Tuesday that the global mortality rate from coronavirus was 3.4%. The death rate so far — which includes more than 3,000 deaths — is many times higher than the mortality rate of the seasonal flu, which is 0.1%. WHO Director-General Tedros Adhanom Ghebreyesus said that is at least partly because COVID-19 is a new disease, and no one has built up an immunity to it. 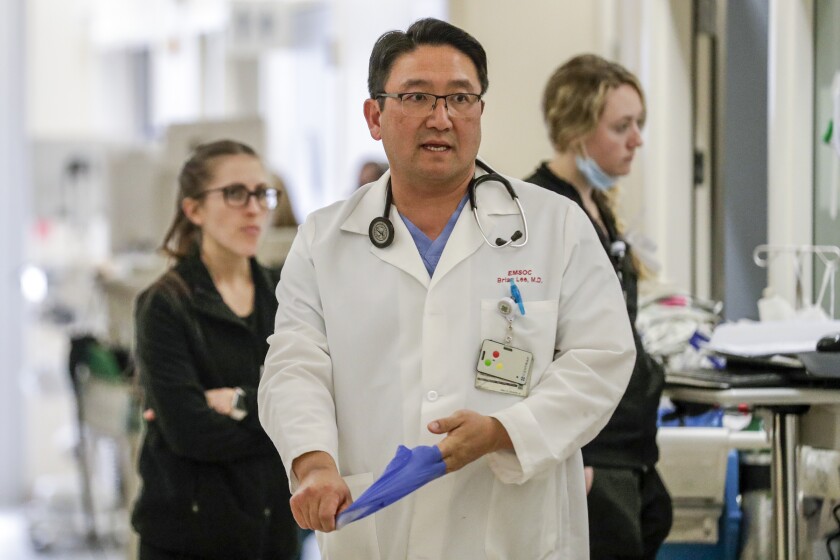 Still, he and other health officials said there was still time to slow the spread of the virus.

Officials say they have learned the coronavirus is less transmissible than the flu, which is often spread by people who are infected yet don’t have symptoms. That doesn’t seem to be the case for COVID-19, he said.

“There are not yet any vaccines or therapeutics … which is why we must do everything we can to contain it,” Tedros said.

Earlier reports had pointed to a mortality rate of about 2% for COVID-19. Experts say they suspect all analyses so far have overestimated the disease’s fatality rate because milder cases are largely not being diagnosed. In 80% of people, the disease causes only mild illness, experts say.

More than 50 people in California have the virus, with new cases reported in Santa Clara County, Berkeley, Placer County and Orange County. Kaiser Permanente announced late Tuesday it was treating a patient in Los Angeles.

The city of Berkeley said its case involved an individual who visited a country with an outbreak. That person has remained at home in a self-imposed quarantine since returning.

“While the risk of infection remains low, the expanded presence of the virus in our community is a reality we should all prepare for,” said Berkeley Public Health Officer Dr. Lisa Hernandez. “There are steps that all of us in the community can take now to improve basic hygiene and also prepare for a wider spread in the future.”

Gov. Gavin Newsom announced Tuesday that the California Department of Public Health received approval from the CDC and the National Institute of Occupational Safety and Health to dip into its emergency planning reserves of 21 million N95 face masks for medical workers on the front lines.

“California is working hard to ensure our healthcare system is in the strongest possible position to respond to this evolving situation,” Newsom in a statement. “Critical to that effort is making sure healthcare workers have the medical masks and protective equipment they need to protect themselves while caring for patients. Our state is extremely grateful for the hard work and dedication of our healthcare workers in this time of expanded need.”

California is also speeding up testing of possible coronavirus patients. This more aggressive testing, Newsom said “may lead to a more rapid increase in the number of confirmed cases reported. That is not necessarily a sign that the rate of infection is increasing, but that our ability to test more people more rapidly is leading to better detection.”

Mike Ryan, who runs WHO‘s emergencies program, pushed back against officials who wanted to “wave the white flag” and surrender to the disease’s hold. China took drastic steps to fight the virus, he said, and case numbers are now on the decline there.

Countries such as China and South Korea “implemented very, very strong measures that have affected their own economies and their own societies,” Ryan said. “It’s really a duty of others to use the time that has been bought.

Anthony Fauci, director of the National Institute of Allergy and Infectious Diseases, said there remained many unknowns about the virus, including the degree to which people who do not express symptoms can transmit it to others. He said doctors know that it happens but have not yet gauged the extent, a key piece of data that will help determine decisions on how to contain it.

Fauci said that Chinese data are believed to be accurate and that the spread of the virus there is slowing thanks to “draconian” methods that would never occur in the United States, including stringent travel and public gathering restrictions.“They have taken social distancing to its furthest extreme,” he said.

Why some nurses have quit during the coronavirus pandemic