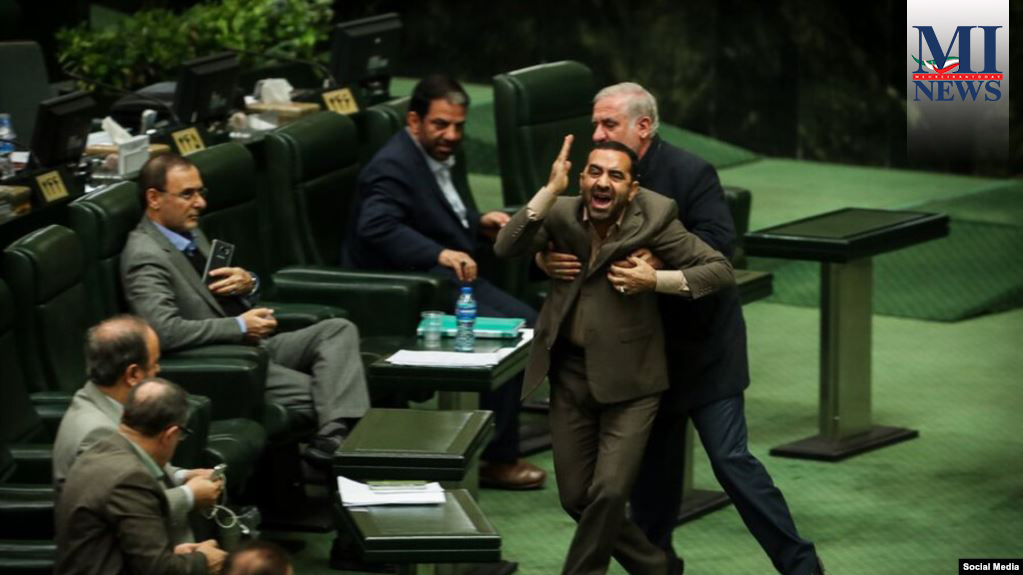 An outspoken reformist member of the Iranian Parliament (Majles) says security forces have “preemptively” arrested a number of students who have not taken part in recent protests in Iran.

Mahmoud Sadeqi (Sadeghi) said in an interview with the Iranian Labor News Agency (ILNA) on Monday, December 2 that the arrests have been made illegally and the authorities should investigate and explain the measure.

Earlier reports said security forces arrested at least 50 Tehran University students at their homes after unrest broke out all over Iran following a sudden gas price hike on November 15. Similar arrests were also made in other major cities including Shiraz and Tabriz.

Sadeqi complained that the authorities have turned the gasoline price rise into a security issue and even prevented Parliament from discussing the matter.

He added that the status of the Majles has been undermined as it was not involved in the decision to raise the price of gasoline. The decision was made by the heads of the executive, legislative and judiciary bodies of the government without consulting the parliament.

Sadeqi also criticized the state-controlled TV for not allowing any criticism of the government’s decision to be voiced. He warned that that dissent in Iran is still there like a fire under the ashes as the government has failed to convince the nation.

He further criticized the state TV for being monopolized by “a certain gang” that reports “distorted narratives” about ongoing development to cater for their own taste. This, Sadeqi said, has widened the gap between the people and the pollical system.

Meanwhile Sadeqi lashed out at Interior Minister Abdolreza Rahmani Fazli who has called for protesters to confess on TV, adding that it would be a gross violation of the law to reveal suspects’ identity before due trial and conviction. He also stressed that “broadcasting forced confessions is not acceptable and will not help control the situation.”

In the meantime, Iranian officials have been calling for thorough investigations into the aftermaths of the protests, particularly deaths and arrests. According to ISNA, another member of the parliament, Mohammad Ali Vakili called on the Judiciary to offer explanations about the number of people killed by security forces during the protests.”

Vakili said the way officials treated this matter has caused more damage than the actual events. He added: “All those who sat at the meeting of the heads of three branches are responsible about the decision and its aftermaths.”

From the three who made the decision, President Hassan Rouhani, who suggested the move in the first place, has ruled out his responsibility by saying that he found out about the timing of the gas price rise by watching TV news. Interior Ministry officials later denied Rouhani’s claim, saying that he knew about it.

Majles Speaker Ali Larijani defended the decision at a news conference on Sunday but refused to speak about the way it was implemented. However, he pointed out the Rouhani administration’s responsibility.

Judiciary Chief Ebrahim Raeesi (Raisi) has called on the Rouhani administration to be accountable for the aftermath of the decision. Raeesi’s aides have said that he was against the decision.

The New York Times on Monday put the number of those killed by security forces during the protest at 180, describing the November protest as the worst unrest in Iran during the past 40 years in terms of the number of casualties. There is still no accurate figure released by independent sources. Amnesty International has confirmed 161 deaths saying that the actual number is higher. Iran’s Green Movement sources have said 366 were killed but some activists who have been counting the number of deaths since November 15 suspect the casualty toll to be several hundreds.

However, most figures given away by international media reflect the reported number of deaths in Tehran, while many have also been killed elsewhere, particularly in Khuzestan province where more than a hundred have been reportedly killed in only in Mahshahr, as well as dozens of others in other parts of southern Iran where reports say machine guns and tanks were used against the demonstrators. Parliament Speaker Ali Larijani also confirmed in his news conference that machine gun fire was used against protesters in some cities.

Meanwhile reformist MP Parvaneh Salahsouri has expressed concern about a number of adolescents among those who have been killed by security forces.

In another development, the Human Rights Network of Kurdistan says there are school children among those arrested during the unrest and that they are being kept under “poor living conditions” particularly at a detention center in IRGC’s Beit ol-Moqaddas garrison where over 100 inmates are imprisoned.