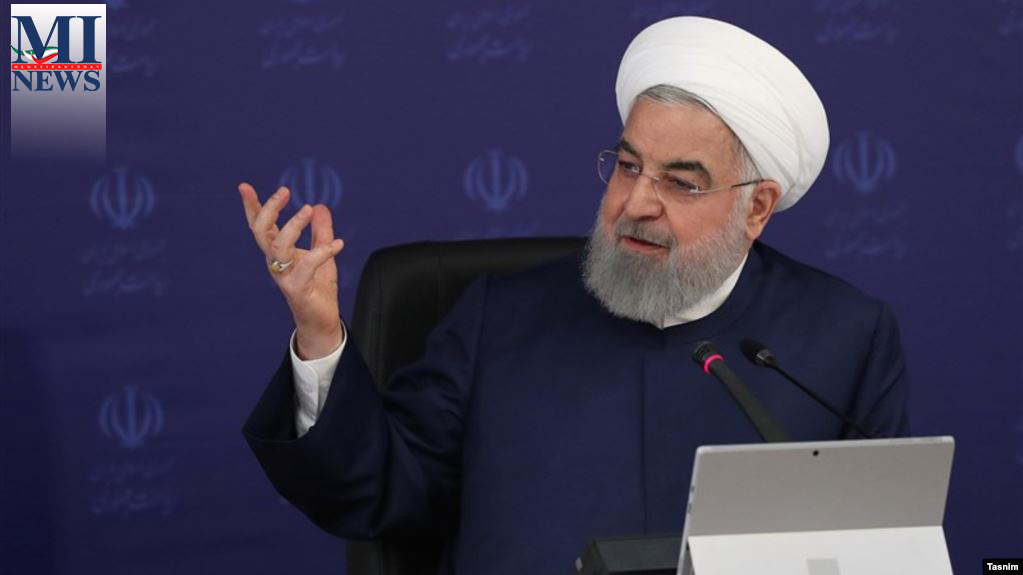 President Hassan Rouhani on Thursday said he condemns the White House for suppression of protesters and considers President Donald Trump’s posing with the bible in front of a church “before ordering the killing of U.S. citizens a shameful act”.

Rouhani’s accusation about Trump “ordering the killing” of protesters seems to be a deliberate misrepresentation of reality. Trump did threaten to deploy the U.S. military to stop looting and violence but even that was later opposed by Defense Secretary Mark Esper.

“We express sympathy toward the American people who are on the streets and condemn the White House for ordering the crime [against people of color],” Rouhani said at a national project inauguration ceremony at the Ministry of energy.

Referring to President Trump’s appearance in front of a church with the Bible in his hand the Iranian President said, “The Bible is the holy book of an Abrahamic religion and such a view to it angers [the followers of] all Abrahamic religions [including Islam] because they all respect the Bible and Jesus,” he added.

Supreme Leader Ali Khamenei also referred to the ongoing protests in the U.S. in a televised speech on June 3. “The crime committed against this black man is the same thing the U.S. government has been doing against the whole world,” Khamenei said and charged that it only reveals the “true nature and character” of the United States.

The Islamic Republic has jumped on the opportunity of widespread protests for the killing of George Floyd to attack the United States, while it stands accused of killing hundreds of protesters last November and numerous other systematic human rights violations.

The attacks on the United States and President Donald Trump were also carried out in a series of tweets on his English account on the same day.

The Iranian state-run media has extensively covered the protests and unrest over the killing of George Floyd. The U.S.-based reporter of the Islamic Republic of Iran Broadcasting (IRIB) has sent several reports from Washington with footage from other sources also repeatedly being aired.