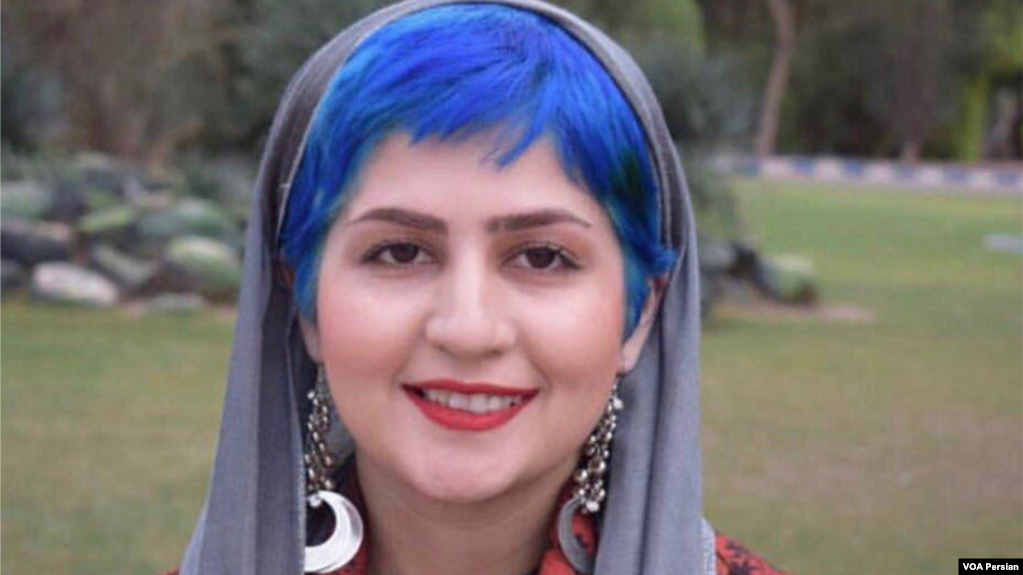 Iran has taken new steps against two detained journalists who covered domestic labor unrest and government corruption, sending one to a notorious women’s prison and sentencing another to a two-year jail term.

She previously had been detained in Tehran’s Evin prison and prior to that, in Ahvaz, where authorities arrested her last November as she attended a protest by workers demanding unpaid wages from the Haft Tapeh sugar cane factory, 100 kilometers to the north. She was accused of committing a national security offense in connection with that protest.

The New York-based Center for Human Rights in Iran (CHRI) posted a tweet saying Ghaliyan had been transferred from Evin to Qarchak prison but did not disclose its source for the information. “Instead of dealing with her complaints of being tortured [in custody], Iranian authorities have sent her to a prison known for its mistreatment of inmates,” CHRI’s tweet said.

Iran’s Human Rights Activist News Agency (HRANA) also reported, without attribution, Ghaliyan’s transfer in a Monday web post. There was no comment about her case in state media.

Ghaliyan and one of the labor activists detained at the November protest, Ismail Bakhshi, were released in December but rearrested in January after both said on social media that they had been abused in jail.

A day before rearresting Ghaliyan and Bakhshi, Iranian authorities used state television to broadcast a report in which the two confessed to having ties to foreign activists seeking to overthrow Iran’s Islamist rulers. Rights groups said the confessions were made under duress.

​London-based rights group Amnesty International has documented cases of what it calls “appalling ill-treatment” of female prisoners at Qarchak. It has said inmates at the site, which used to be a chicken farm, are held in overcrowded and unhygienic conditions, without access to safe drinkable water, decent food, medicine and fresh air.

In a move against the second Iranian journalist, an Iranian court imposed a two-year prison sentence on Masoud Kazemi on Sunday, according to his lawyer, Ali Mojtahedzadeh. Authorities arrested Kazemi, a former reporter for prominent reformist newspaper Shargh, on May 22 as he attended a Tehran court hearing related to his initial six-day detention last November.

Before his November arrest, Kazemi had tweeted about alleged corruption at the Iranian Ministry of Industry, Mines and Trade. He had most recently served as chief editor of Iran’s Sedaye Parsi monthly political magazine.

The defense lawyer said the court also banned his client from working in the media for two years. All Iranian journalists must have a government permit to work for a licensed news outlet in the country.

Mojtahedzadeh also told IRNA that the court cleared his client of colluding against national security, a new charge that the presiding judge had filed at the May 22 hearing.

The judge used that additional charge to justify raising Kazemi’s bail tenfold to 10 billion rials, or $237,000 based on Iran’s official exchange rate, a price far above the means of a typical Iranian journalist. IRNA said Mojtahedzadeh expressed hope that the court would reduce Kazemi’s bail and enable his release, pending an appeal of the two-year sentence to a higher court.

Mojtahedzadeh declared his intention to defend Kazemi in a higher court in a Sunday tweet, saying he also communicated that intention in writing to Iranian judiciary chief Ebrahim Raisi.

“With this heavy prison sentence, Iran’s [Islamic] Revolutionary Guard Corps is clearly signaling that any journalist who reports on government corruption will face a similar fate,” said CPJ Deputy Executive Director Robert Mahoney. “Masoud Kazemi is a journalist informing Iranian citizens, not a criminal undermining state security. He should be released immediately.”

May 29, 2020
Twitter put a tweet from President Donald Trump behind a warning label early Friday, stating that he had violated its rules against glorifying violence...

May 29, 2020
There are more than 5.8 million infections of COVID-19 around the world, with more than 360,000 deaths. Some countries are starting to loosen restrictions initiated...

May 29, 2020
The midwestern U.S. city of Minneapolis remains on edge and the National Guard was called out to maintain order following another night of violent...
0FansLike
0FollowersFollow

Afghan Taliban Continue to Work Closely With Al-Qaida in Afghanistan

Politics Democrats Agree with Trump on This Issue By Michael Bowman...

Iranians Struggle Without the Internet