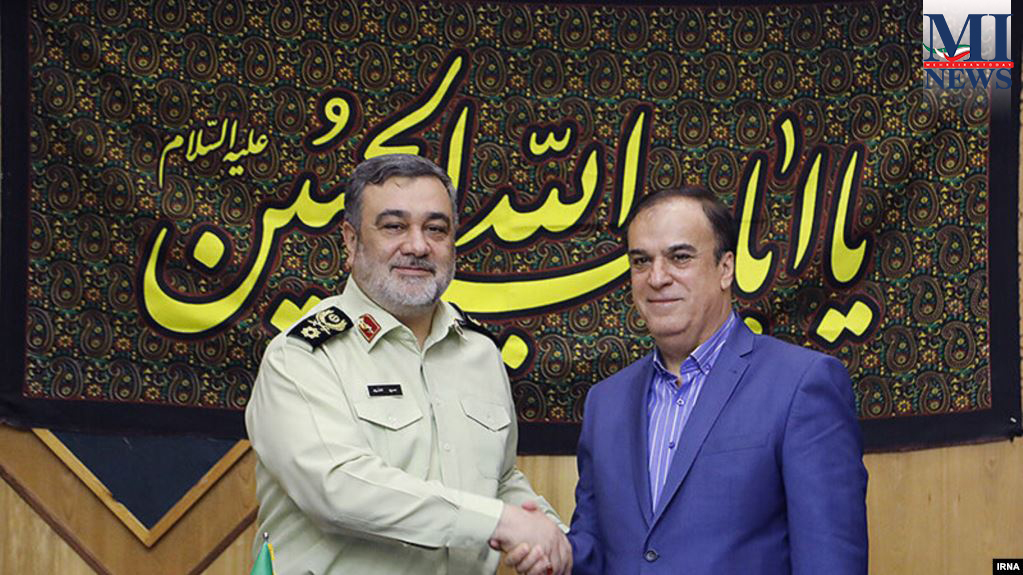 an news outlet affiliated with the Revolutionary Guard (IRGC) has revealed for the first time that the Islamic Republic police forces helped to suppress protests in the early days of demonstrations against the Syrian strongman, Bashar al-Assad.

The IRGC-linked Fars news agency, disclosed on January 25 that Iranian police alongside with the IRGC’s extraterritorial arm (Qods Force), had suppressed “street riots,” long before 2011 when the civil war broke out in the country.

“Street riots” is a term used in the Islamic Republic’s political jargon to describe the anti-establishment unrest needing immediate suppression.

In a two-part article, under the heading “A Better Understanding of Warriors Without Borders,” Fars has referred to the background of the Qods Force (QF), and its military operations outside Iran.

“Warrior Without Borders” was initially used by the Islamic Republic Supreme Leader, Ayatollah Ali Khamenei, in his latest Friday Prayer sermon on January 17.

Referring to initial protests against Bashar al-Assad during the so-called “Arab Spring” uprising in 2011, Fars says, Iranian police forces along with Qods Force units rushed in to assist the Syrian police and arm them with anti-riot equipment.

Based on Fars’ report, Iranian military-intelligence experts had concluded at the time that Syria’s initial reaction was not based on “intelligence data.” Without sufficient information back-up, they argued, the crisis would flare up and turn into a more troublesome problem.

In the past years, many human rights organizations have accused the Syrian government of attacking street protesters with weapons designed to be used in war. They have also held Bashar al-Assad’s government and the Syrian army responsible for turning people’s peaceful protests into violent clashes.

The Syrian regime has repeatedly denied the allegation, but Fars’ report proves that the human rights organizations were right.

Earlier, the Syrian Defense Minister had also implicitly admitted that the Islamic Republic of Iran’s military was closely involved in stopping the uprising against the Assad regime, long before the emergence of jihadists fronts such as ISIS and al-Nusra.

In the video, Ayyoub, says that Soleimani visited Syria in the late summer of 2011 and helped him to design a plan to retain control of Baba Amr, a suburb of the country’s third-largest city, Homs. The plan was successfully implemented in March 2012, when there were no Jihadist groups in Syria.

In another part of its report, Fars has focused on the eight-day war in 2008 between Israel and extremist Palestinians in Gaza Strip. In 2008, Iran started transferring missile parts to Gaza. Qods Force members managed to move the pieces to Gaza via Sudan, Egypt, and underground tunnels in the Sinai desert, Fars says.

Earlier, the Islamic Republic authorities used to claim that Iran had only helped Palestinian HAMAS and Islamic Jihad with missile technology. “Iran provided the Hamas with the technology it has used to rain down rockets on Israel from Gaza,” the Islamic Republic parliament speaker, and former IRGC commander, Ali Larijani, boasted on July 24, 2014.

During the latest major conflict in and around Gaza in November 2012, Larijani said Iran was “proud” to have provided “both financial and military support” to Hamas.

Israel accused Iran of supplying Gaza extremists with its Fajr-5 missiles, which were used during that conflict.