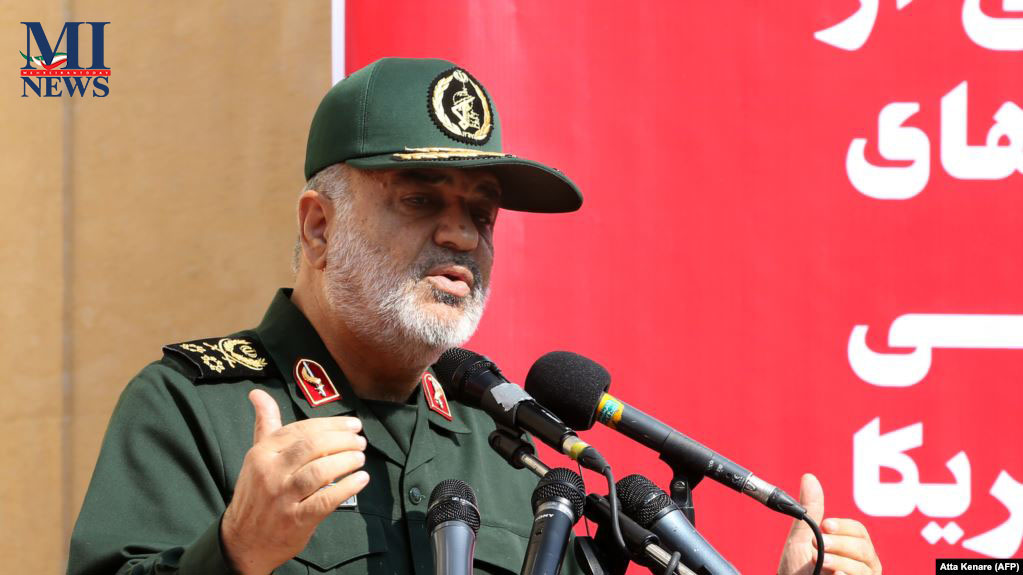 Iran’s top military commanders on Thursday presented an upbeat picture of the capabilities of the country’s armed forces without mentioning any details or concrete evidence.

IRGC Commander Hossein Salami has said during a flag raising ceremony in Tehran on Thursday, November 7 that “Iran has closed all doors to the enemy,” adding that “No one in Iran echoes the enemies voice.”

Meanwhile, Chief of Joint Staff of the Iranian Armed Forces, Mohammad Baqeri has said in a similar ceremony in Qom that “Iranians are not scared by any threats or pressures” as the country’s armed forces have upgraded their military capability and are powerfully present everywhere.

Salami claimed that “the IRGC has pushed back the enemies in all fronts and has liberated many lands,” but did not say when and where.

He further claimed that “although Iran is subjected to economic and other sanctions, the enemy is facing heavier problems than Iran.”

Both Salami and Baqeri have boasted about Iran leaving behind its enemy in the area of technology, but did to provide any supporting evidence.

Meanwhile, speaking on the protests in Iraq and Lebanon, Baqeri charged that suspicious funds are being spread in Iraq and Lebanon to influence the people and the media. However, he did not point fingers at any particular country.

During the past few weeks, protesters in both Lebanon and Iraq have condemned Iran’s meddling in their countries’ internal affairs.

July 14, 2020
The commutation of Roger Stone’s sentence may have more profound legal implications, and the Redskins changing their name may have more cultural significance. But the...

Los Angeles Mayor Eric Garcetti Warns He Is On Brink Of Issuing A Total...

July 14, 2020
Los Angeles Mayor Eric Garcetti said Monday that the city’s COVID-19 threat meter is “on the border of going to red,” the highest level, which would mean...

July 14, 2020
Ghislaine Maxwell pleaded not guilty to charges that she helped her longtime friend, financier Jeffrey Epstein, run a sex-trafficking scheme targeting girls as young as 14.The...
0FansLike
0FollowersFollow

Israel strikes in Syria in more open assault on Iran