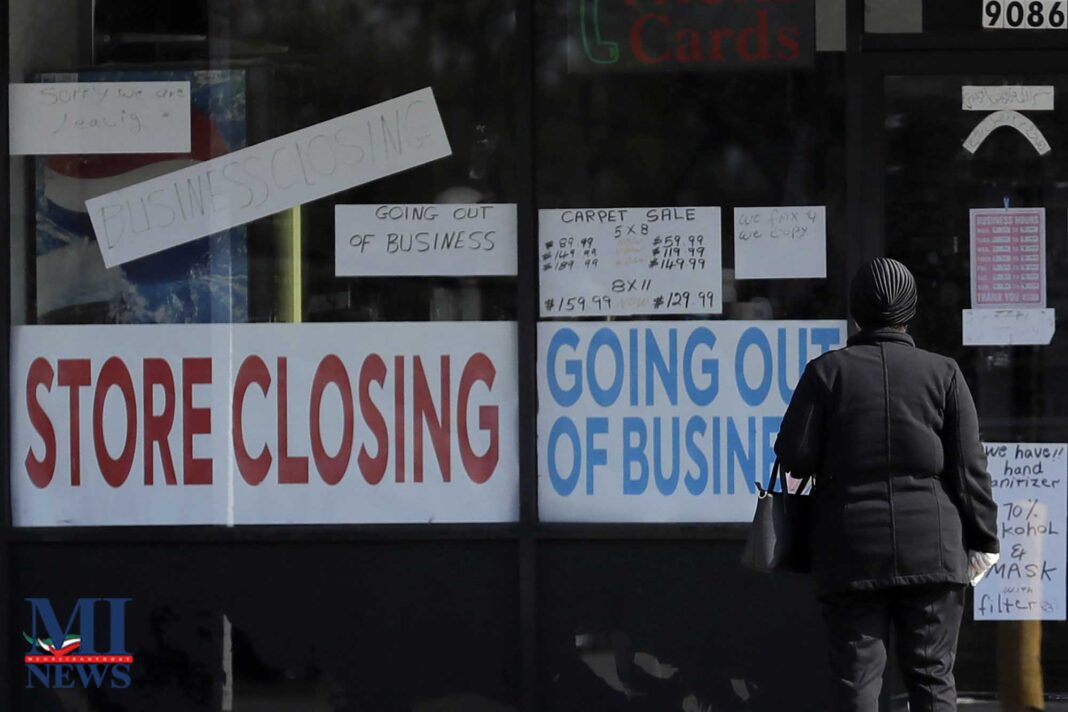 Around 2.98 million Americans filed for first-time unemployment claims last week, more than economist expectations of 2.7 million, and the eighth-straight week of numbers in the millions.

The weekly jobless claims total, released by the Department of Labor on Thursday morning, nonetheless continues a downward trend, as more workers return to their jobs after coronavirus-induced lockdowns are lifted across the country.

There has been a steady decline in the number of weekly claims since mid-March, when first-time filings peaked at 6.9 million in just one week, 10 times the number from the peak of the Great Recession.

States may finally be getting through the backlogs of filers that initially overwhelmed their antiquated systems, while the onslaught of first-time applications may also be tapering off after two months of business closings because of the coronavirus.

Continuing claims, a metric that captures the total number of people receiving ongoing benefits, is now at around 22.8 million. That number represents one week of lag time behind initial claims.

Wall Street fell on Thursday after the numbers were released, with the Dow Jones Industrial Average dropping by more than 40 points as investors parsed the new record total of 36.5 million initial claims since the pandemic struck two months ago.

“The unemployment situation is dire and likely to continue that way until the economy is opened back up. Even then, significant challenges will remain,” said Mark Hamrick, senior economic analyst for Bankrate.

“As the financial downturn persists, more businesses, meaning employers, are at risk of becoming insolvent, states and localities face massive budget deficits and consumers lacking a vaccine are less likely to venture out into public even if they have money in the bank to spend,” Hamrick said.

Overall, concern is growing that despite the gradual reopening of the economy and return to work, the proverbial “V-shaped” recovery may not materialize — and the country may instead suffer a prolonged recession.

Despite trillions of dollars in fiscal stimulus and various rounds of emergency relief from the Federal Reserve, the coronavirus continues to wreak havoc. Last week’s monthly employment report from the Bureau of Labor Statistics revealed an unprecedented 20.5 million people were out of work in April, the highest level since the Great Depression.

The unemployment rate has soared to 14.7 percent, after months at a half-century low, wiping out all job gains since the Great Recession.

“Long stretches of unemployment can damage or end workers’ careers as their skills lose value and professional networks dry up, and leave families in greater debt,” Fed Chairman Jerome Powell warned on Wednesday during an economic webcast.