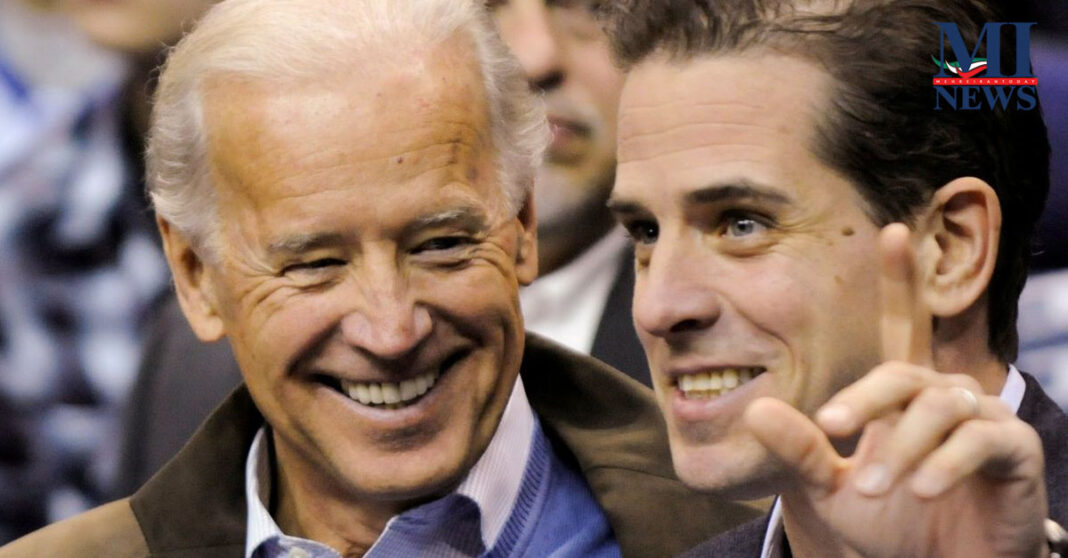 Text messages obtained by Fox News show the CEO of a Jim and Hunter Biden joint venture with a Chinese energy firm discussing a meeting with Joe Biden in May 2017, despite past claims from the former vice president that he did not talk about his son’s business dealings.

Fox News obtained text messages from Tony Bobulinski, a retired lieutenant in the U.S. Navy, and the former CEO of SinoHawk Holdings, which he said was the partnership between the CEFC/ Chairman Ye and the two Biden family members.

The messages seem to indicate that a meeting took place, though it’s unclear what the substance of the meeting may have been. They are unrelated to the laptop or hard drive purportedly belonging to Hunter Biden, the former vice president’s son.

“Mrng plse let me knw if we will do early dinner w your Uncle & dad and where, also for document translation do you want it simple Chinese or traditional?” Bobulinski texted Hunter Biden on May 2, 2017.

“Not sure on dinner yet and whatever is the most common for a Chinese legal DOC,” Hunter Biden replied.

“Chinese legal docs can be both, i’ll make it traditional,” Bobulinski said.

Hunter replied: “Dad not in now until 11- let’s me I and Jim meet at 10 at Beverly Hilton where he’s staying.”

Later, Bobulinski sent a text to Jim Biden, Joe Biden’s brother, on the same day, May 2, 2017, saying: “Great to meet u and spend some time together, please thank Joe for his time, was great to talk thx Tony b.”

The text message chain was obtained after the Senate Homeland Security and Governmental Affairs Committee and the Senate Finance Committee requested documents related to Bobulinski’s business affairs with the Biden family. He has provided the committees with the documents. Fox News has also, separately, obtained those documents.

The meeting on May 2, 2017, would have taken place just 11 days before the May 13, 2017, email obtained by Fox News last week, which included a discussion of “remuneration packages” for six people in a business deal with a Chinese energy firm. The email appeared to identify Biden as “Chair / Vice Chair depending on agreement with CEFC,” in an apparent reference to now-bankrupt CEFC China Energy Co.

The email includes a note that “Hunter has some office expectations he will elaborate.” A proposed equity split references “20” for “H” and “10 held by H for the big guy?” with no further details.

The Biden campaign has said it has released the former vice president’s tax documents and returns, which do not reflect any involvement with Chinese investments. The campaign declined to comment to Fox News.

Bobulinski, in a statement to Fox News, said “Hunter Biden called his dad ‘the Big Guy’ or ‘my Chairman,’ and frequently referenced asking him for his sign-off or advice on various potential deals that we were discussing.”

“I’ve seen Vice President Biden saying he never talked to Hunter about his business,” Bobulinski said. “I’ve seen firsthand that that’s not true, because it wasn’t just Hunter’s business, they said they were putting the Biden family name and its legacy on the line.”

He added: “I realized the Chinese were not really focused on a healthy financial ROI.  They were looking at this as a political or influence investment.”

“Once I realized that Hunter wanted to use the company as his personal piggy bank by just taking money out of it as soon as it came from the Chinese, I took steps to prevent that from happening,” Bobulinski said, adding that he asks “the Biden family to address the American people and outline the facts so I can go back to being irrelevant — and so I am not put in a position to have to answer those questions for them.”

Bobulinski said he doesn’t “have a political ax to grind.”

“I just saw behind the Biden curtain and I grew concerned with what I saw,” he said. “The Biden family aggressively leveraged the Biden family name to make millions of dollars from foreign entities even though some were from communist-controlled China.”

Afghan Presidential Campaign Kicks Off Amid Doubts Whether Polls Will Go...