She was last seen playing in her front yard after getting home from school, but her family hasn’t seen her since. Now, more than 250 officers and investigators in Cayce, South Carolina, are desperately searching for 6-year-old Faye Marie Swetlik.

“We’re hoping for the best. We want to get Faye back home,” Cayce Department of Public Safety Sgt. Evan Antley said Tuesday morning. “So we’re not leaving any stone unturned. We are exhausting every resource we have and then some.” 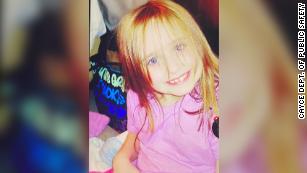 Faye has strawberry blonde hair and blue eyes. Police ask that anybody with information call the dedicated hotline.
Faye, who has strawberry blonde hair and blue eyes, was last seen Monday afternoon.
Police are stopping cars going in and out of the neighborhood and are going door to door, said Capt. Adam Myrick of the Lexington County Sheriff’s Department.
Police are asking anybody with information to call the dedicated hotline at 803-205-4444.

She arrived safely at home, but went missing

Faye, a first grader at Springdale Elementary School, got off her bus on Monday afternoon and safely arrived at her house in the Churchill Heights neighborhood, according to Antley. 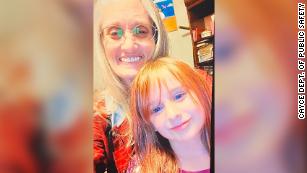 Sometime around 3:45 p.m., her family realized Faye was missing, he said.
“We’re not sure if she just walked off and is somewhere in the woods or at a neighbor’s house possibly in distress or fallen or something like that,” Antley said Tuesday evening. The FBI has also joined the search, Antley said.
Police were called around 5 p.m. and began a search with more than 100 law enforcement personnel, including K-9s. The number of searchers increased to more than 250 by Tuesday morning, according to the Cayce Department of Public Safety. 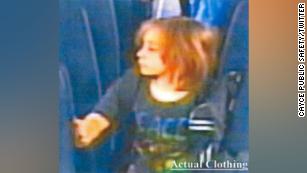 Faye was last seen wearing a black T-shirt with neon colors.
Faye was last seen wearing a black shirt with the word ‘peace’ on it. She was also wearing a flower print skirt and polka dot rain boots, according to the Cayce Department of Public Safety. She is 3 foot 10 inches and weighs about 65 pounds.
Faye is lactose intolerant and has a speech impediment, the department said. She currently has shoulder-length hair, according to Chief Byron Snellgrove of the Cayce Department of Public Safety.
Police are asking that anyone who has a video security system such as Ring and lives in the Churchill Heights neighborhood to contact law enforcement.
“Faye is a bubbly, energetic first grader,” Snellgrove said Tuesday evening. “Faye loves dresses, fancy shoes, spending time with her family, cats and playing outside. We’ve all been gathered for one thing here today and that’s to find Faye.”
Original Source

As Protests Continue In Iraq, Shiite Leader Calls On Other States...